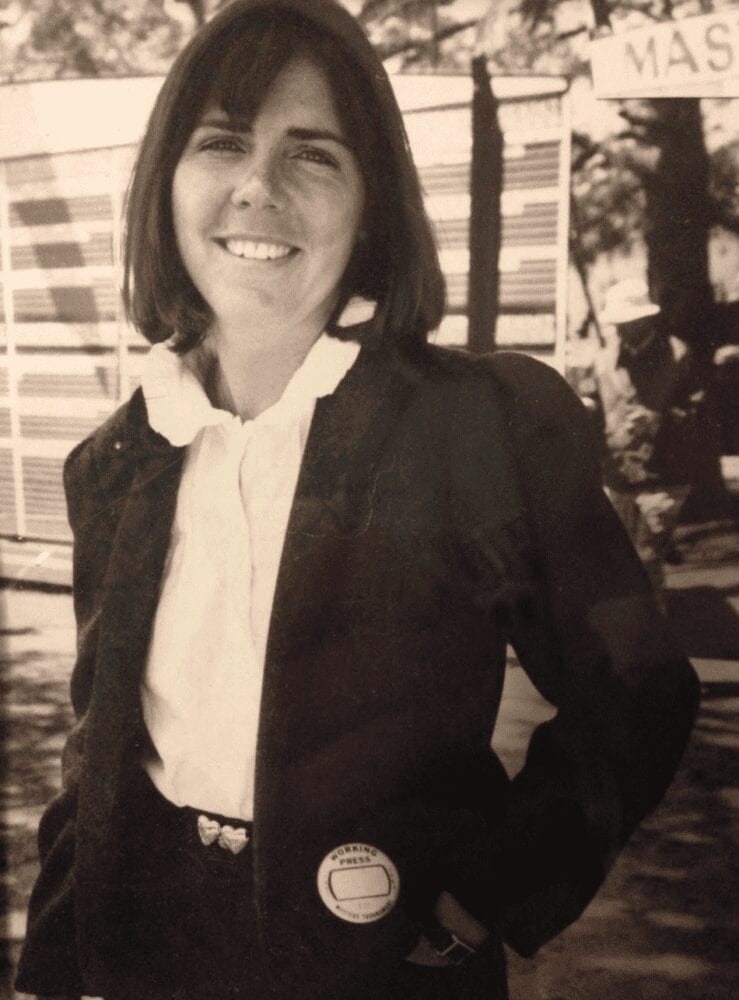 Back in the fall of 1996, I received a phone call from a woman named Bambi.

This, in and of itself, is memorable. Because, in the span of a lifetime, how many Bambis do we meet?

But here, on the line, was (truly) Bambi. She was the Sports Illustrated chief of reporters, calling to rescue me from Nashville and offer me a job at the magazine.

“We’re hiring you as a reporter,” she said. “But you need to understand: Some people we hire to report and only report. The general take here is that you have writing talent.”

With that, I left Tennessee and returned to New York, where I was handed a (shared) office, a dreamy business card (JEFF PEARLMAN. REPORTER. SPORTS ILLUSTRATED) and the wondrous opportunity to work under the most unique boss I’d ever had.

Bambi Wulf’s name was actually Jane—but she was Bambi. Bambi to co-workers. Bambi to friends. Bambi to employees. Why? I have no idea. She just was. And from the day I arrived at the magazine, Bambi was a beacon of hope and a ray of light. Being an SI reporter is not easy. Or, I should say, it wasn’t easy in the mid-1990s. You were situated in a hallway of offices (known as “The Bullpen”), where two dozen or so young, eager, starving reporters sought the same thing you did—a chance to climb the ladder and ultimately become a Sports Illustrated senior writer. There was sparring and jarring and elbow pushing and shit talk and jealousy. There was also bliss and glee and drunken nights and hookups and explosiveness. Once, I almost got my ass kicked by a peer who could, easily, kick my ass. Another time, after I was promoted to staff writer, a colleague entered my office and said, “To be clear, you’re not one of the most talented people here.” I’m not citing those examples to cast shade—again, we were young and stupid and hyper.

What kept us together (and kept us from killing one another) was Bambi.

It’s weird, the perspective that starts with youth and morphs with age. When I came to SI, Bambi was only 42. But she was my boss, and therefore seemed older (or maybe, in the eyes of a 24-year old, 42 is old). Yet she didn’t “act” old. Bambi darted around the office, walked with a powerful energy, took care of us as if we were her own. When we went out for after-work drinks, she’d often be there, drinking with us, cracking jokes, telling stories. She was unafraid to let us in on the magazine’s secrets—this guy did this, that guy did that. Inside an office overwhelmed by dominant males, she was one of the few women in power, and she rarely (never?) shuddered or showed the slightest bit of intimidation.

For me, personally, Bambi was a guide, a protector. At the time SI was known for having a so-called “Princeton Pipeline.” And, truly, an inordinate number of promoted employees were products of the Ivy League. Yet I was the kid from Delaware, and she clearly liked that. Once, when I was promoted to senior writer along with two others (one from Yale, one from Princeton), a colleague stormed into her office and said, “It’s always the fucking Ivy Leaguers!”

“Not Pearlman,” she said. “He went to Delaware.”

I hadn’t spoken with Bambi in five or six years, but when I learned this morning that she passed after a long battle with cancer, I was crushed, hurt, heartbroken.

There are but a handful of people who change your life.

PS: I exchanged e-mails earlier today with Steve, Bambi’s husband. I was able to ask about her nickname. His response: She was Bambi nearly from birth. Her father thought she was a “dear.” Only later was it pointed out that Bambi was actually a male in the book.