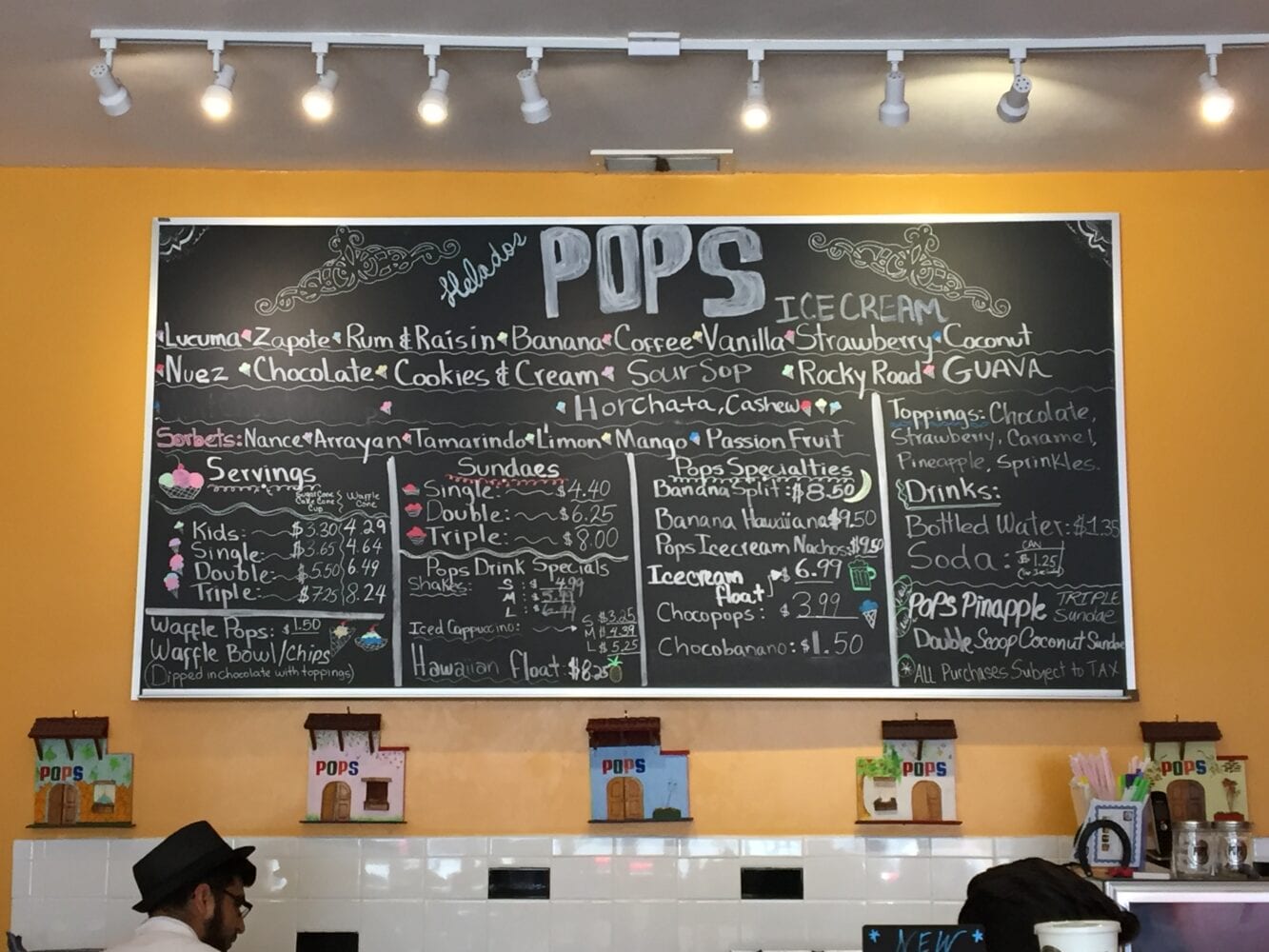 Last night my daughter Casey asked if we could go get some ice cream today.

“There’s this place I found on Instagram that looks amazing,” she replied. “It’s called Helados Pops.”

It was worth every second.

I know … I know—how can mere ice cream be worth such a trek? Well, this wasn’t mere ice cream. The best comparison I can make to today’s experience is a visit to the most wonderful, most interactive wine vineyard.

Upon entering Helados Pop’s nice-yet-nondescript front door, we were greeted by Marthin Ken, owner of the two-year-old shop. He was upbeat and engaging, and immediately told us that we would have samples—“plenty of samples”—and that eating the ice cream at Helados Pops wasn’t mere eating, but a frozen culinary adventure. One after another, he handed us small spoons with indescribably vivid flavors—lucama and horchata and coffee and strawberry and watermelon and the all-time champion of champions, sugar corn. They were (to be blunt, and without a morsel of linguistic excess) remarkable. The tastes attacked the tongue. You could feel the flavors unfold in real time. Truly, it was like nothing I’d ever experienced with ice cream.

Casey ordered a sundae in a hollowed-out coconut—with the coconut flakes interspersed within the ice cream. Olivia ordered a sundae in a hollowed-out pineapple—with the pineapple chunks interspersed within the ice cream. I ordered a banana split—a banana topped with scoops of coffee, raw cacao and the sugar corn, then highlighted by nuts, whipped cream, chocolate syrup and three cherries. I’m a man of banana splits, and this was (easily) the best I’ve ever had. 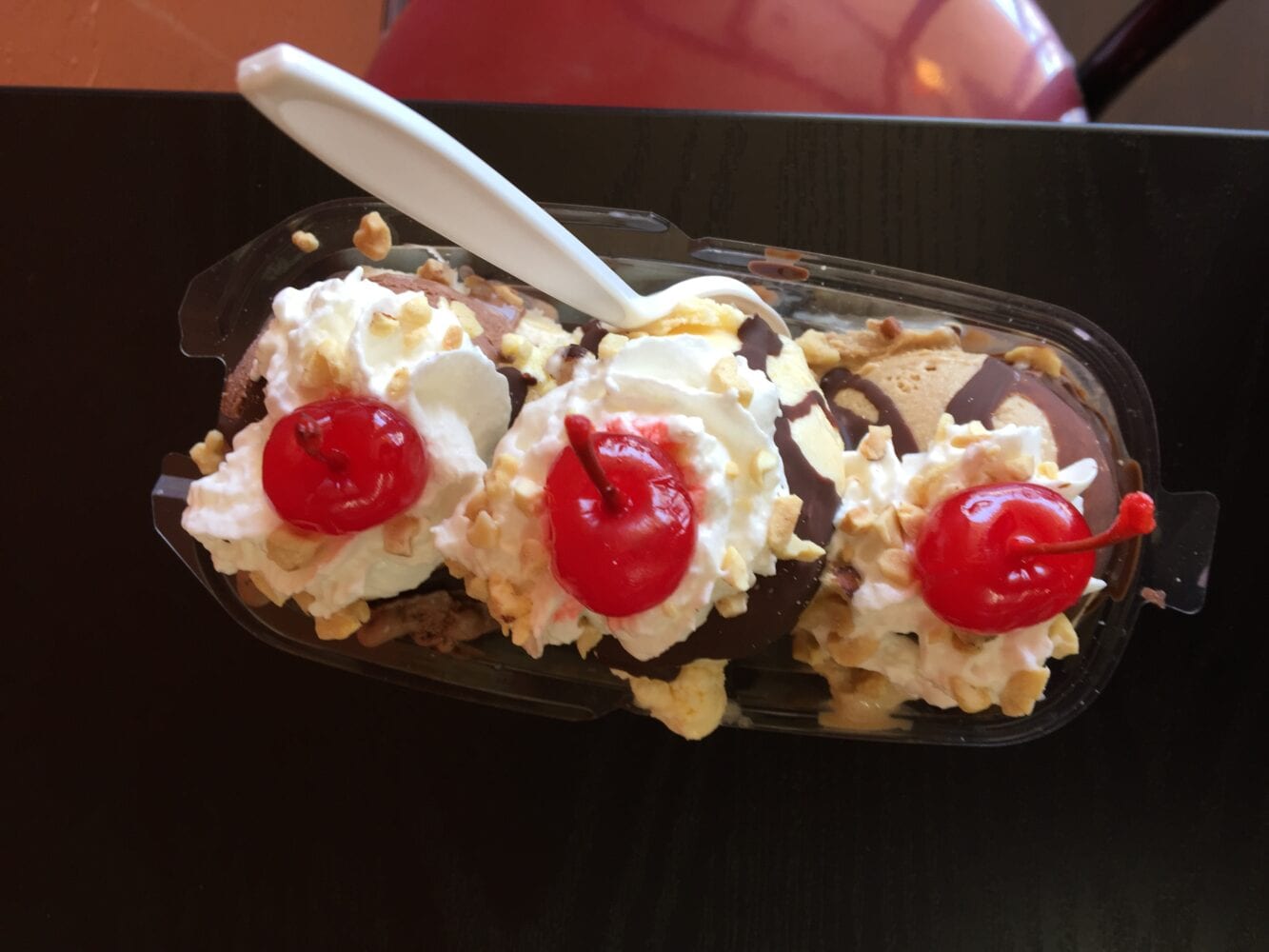 Anyone who reads this blog with any sort of regularity knows I don’t often write about food. But this was no mere fleeting culinary moment. It was the best ice cream on the planet, served by a man who takes tremendous pride in doing so.

I’d have traveled all day.