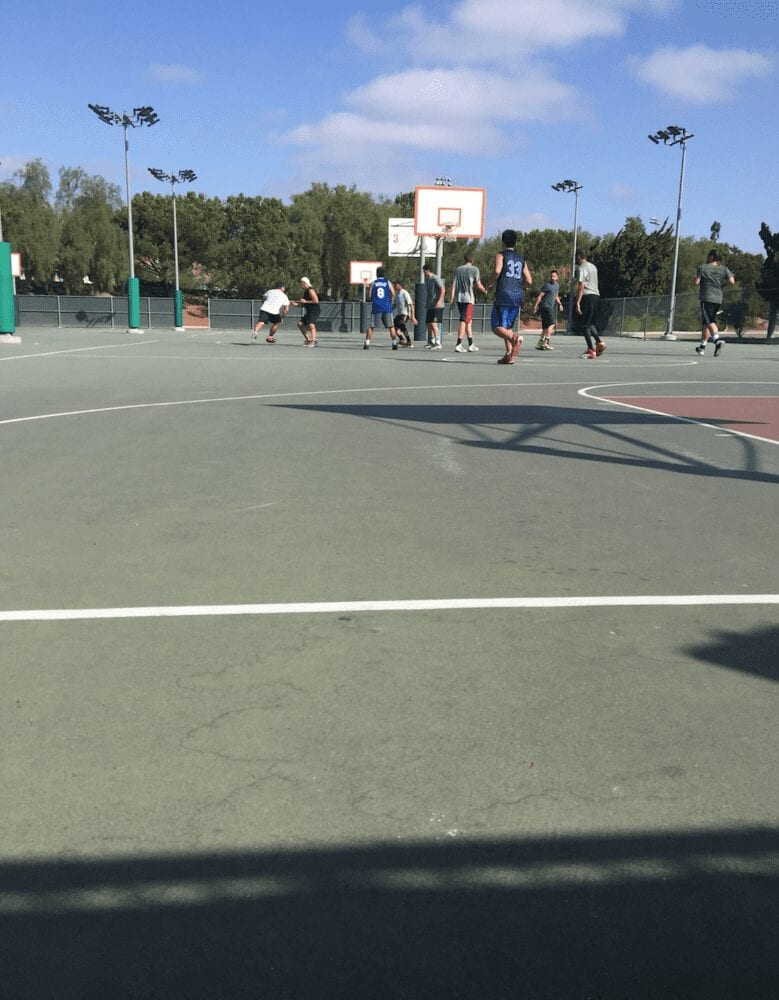 So I’ve just returned from a nearby outdoor basketball court, where I played pickup for the first time in about a year.

God, I needed that.

Also, at age 45, I love being a survivor. The majority of guys I grew up playing alongside haven’t competitively stepped on a court for years. But here I am—creakier knees, reduced vertical, thin black back brace. I’m not what I once was, but (and this is a huge but) what I once was wasn’t so much. So it’s not like watching Shaq from 2001 trying to play now. I’m Nazr Mohammed, chugging along, fighting for rebounds, blocking out.

When we moved to Southern California three years ago, I found a hoops home at the nearby 24 Hour Fitness. It was cool, though the games skewered young and sometimes you had to wait a while for a run. As the days passed, it got worse and worse. Bigger crowds, more fighting, ball-hogging galore. Also, my back was really starting to hurt—the byproduct of a disc losing its mojo.

So I stopped. Cold turkey. Gave it up.

Recently Roy, the father of my daughter’s good pal, mentioned he plays Saturday morning basketball. He said anyone could jump in, the runs were fun, there were multiple courts and oftentimes two simultaneous games. I thought about my back, about the rust … and, mostly, about how much the game means to me.

To be blunt, I played badly. Sloppy ball handling, a little soft beneath the rim. The guy I guarded most of the day was a 6-foot-4 junior at Cal State-Fullerton who had played high school ball. He was the best guy on the court, and I got roasted more than once.

But, truly, it matters not.