Missing a concert at a concert 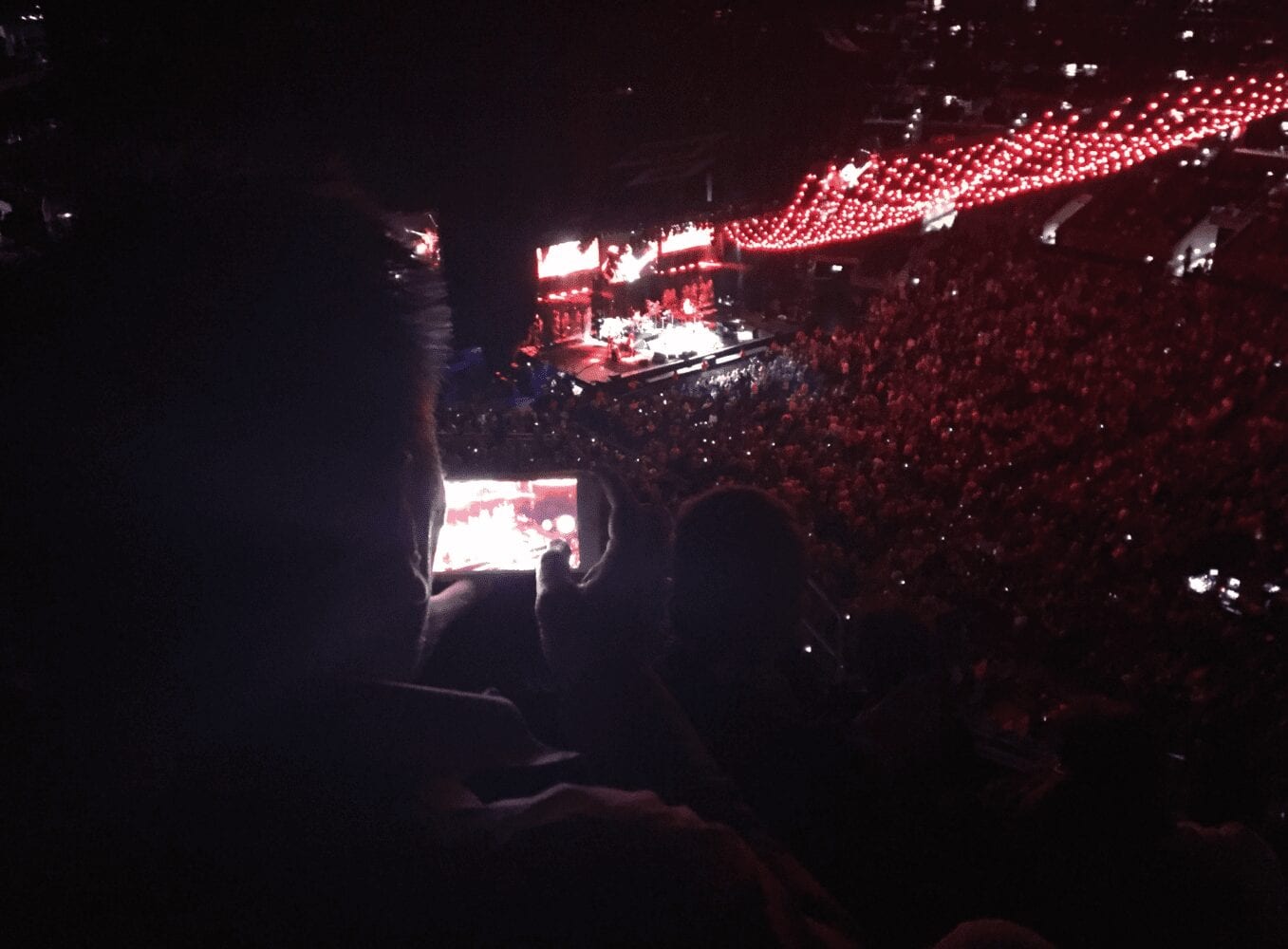 I wanted to write this last night, after the astonishing Hall & Oates concert at Staples Center, but I forgot.

My friend Mike Moodian and I attended the show. Our seats were high up, which was totally fine. Sitting in front of us, and three to the left, was a couple in, oh, their late-40s/early-50s. The man had an iPhone. The woman had an iPhone. They both felt it necessary to record the concert, piece by piece, then immediately post the segments to their Facebook pages.

I watched this play out, oh, 12 or 13 times, and it was maddening. Why “maddening”? Because in a dark arena, your eyes automatically gravitate toward glow. So in front of us were three glowing objects—the stage, iPhone 1 and iPhone 2.

It was beyond irksome. The folks to my left actually switched seats (there were some open spots behind us). Then we did, too.

My question is: Why?

Why the need to record a show you’re watching? Why the need to observe a concert through a small rectangle, when it’s right in front of you, on a large stage accompanied by big screens? Why this desire to share? Is it bragging? Self-indulgence? Do you feed off of LIKES and little thumbs up? Is it so important that your step-brother in Kansas City (Kansas, not Missouri) see Hall & Oates perform a song he’s surely heard 100,000 times before?

All I know is, for me, this need to glow took away from my own experience.

Sometimes we just need to watch.