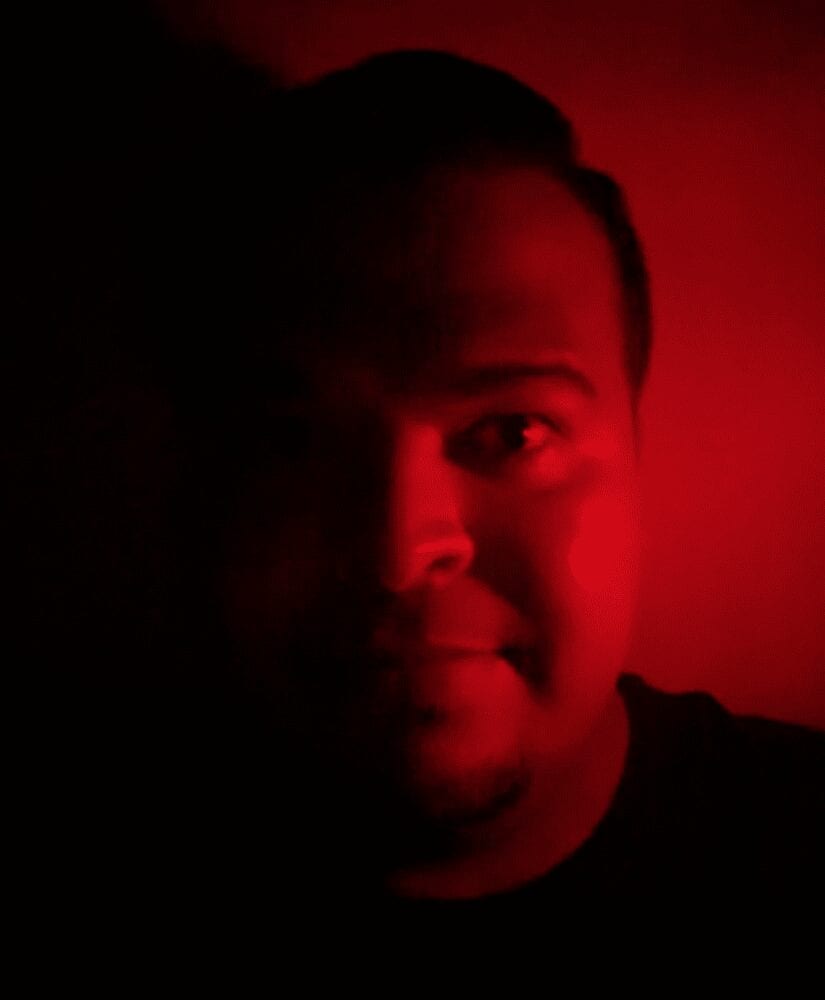 See the above photo? It sucks.

I mean, look. It’s dark and red and black and seemingly taken in a place between hell and a cave.

Which is because it was taken in a place between hell and a cave.

As we speak, more than 75 percent of Puerto Rico remains without power. That includes the home of Christian Fuentes, the former Metro PR sports writer who resides in a northernmost metropolitan area that wasn’t destroyed by Hurricane Maria. Christian is a wonderful guy with a big heart, and he was kind enough to visit the Quaz and chat about enduring an aftermath that seems unwilling to end.

Christian Fuentes, you are the 333rd Quaz …

JEFF PEARLMAN: Christian, you live in Puerto Rico. So blunt question—what was Hurricane Maria like for you? What was the experience as it was hitting?

CHRISTIAN FUENTES: Since the early morning hours, you could hear the strong winds gusting and things falling down and crashing. It was a mixture of hair-raising and scary, because you never know how it’s going to hit. All you can do is hope that the damage is minimized. Thankfully, for me and for the neighborhood I live in, there wasn’t a whole lot of damage. It was jarring to see light poles and tress falling while the winds dragged the rain enough to make it look like the water was parallel to the ground.

J.P.: Here in the mainland no one seems to be talking about Puerto Rico any longer. Literally, it’s a non-topic. A. Does that surprise you? B. Whhy do you think that is?

C.F.: It doesn’t surprise me as much as it will others, because there are so many things going on. In the mainland, the suffering of Puerto Rico isn’t felt firsthand (except for people who have family living down here).

J.P.: Donald Trump recently gave himself a “10 of 10” grade for the government response. Can he make that case? What are you seeing, RE: the recovery effort?

C.F.: No, he can’t. But you know very well he loves to pat himself on the back for doing a (excuse the expression) half-ass job on things. He came with the narrative in mind of telling people that there wasn’t a crisis down here. He got up and did just that. As far as the recovery effort is concerned, I give credit to the workers of the electric department, police, firefighters, mayors and volunteers. The governor has been cold, calculated, and poker-faced during this whole time and hasn’t projected to us any urgency. He promised that 95 percent of the island would have power by December 15, a very ambicious goal. He is hardly believed, but the hope of it coming true is what people hold on to. 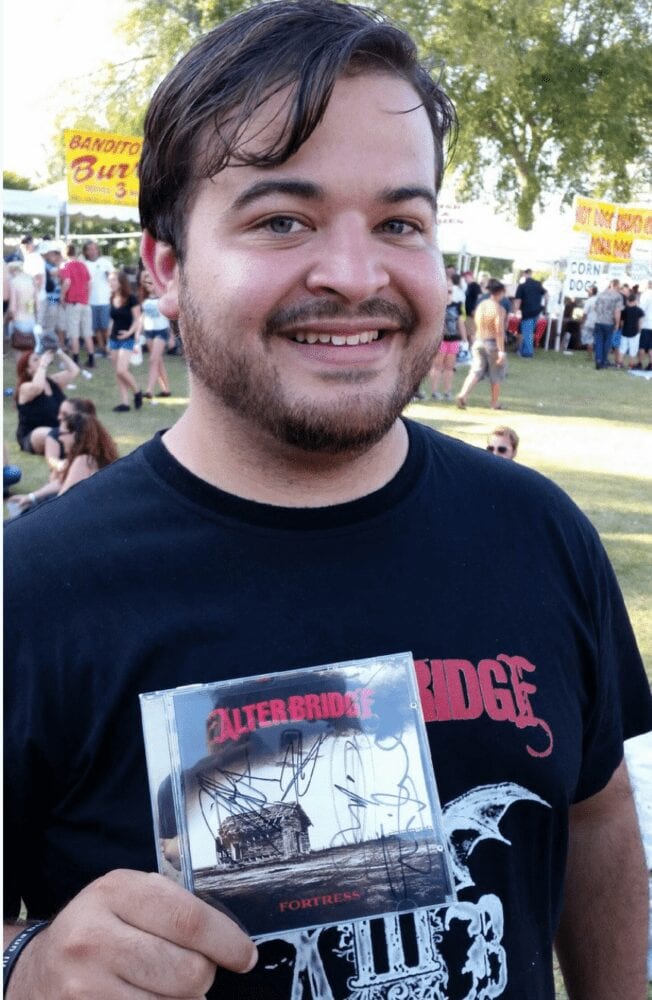 J.P.: There was a famous/infamous moment when Donald Trump came to Puerto Rico and tossed paper towels to some smiling people. I hated that moment. Hated. Others felt the opposite. What about you?

C.F.: I hated it, as well. It felt like we were being made a mockery of in front of the world. People here feel the same way. He humiliated us.

J.P.: This might sound dumb, but do people in Puerto Rico identify as “American.” What I mean is—you can’t vote in elections, the government treats you like a distant cousin, I’m betting 8 of 10 people on the mainland don’t know PR’s status. So … in Puerto Rico, do people think themselves, first and foremost, American or Puerto Rican? Or both?

C.F.: Technically, we are American citizens. People know that as the current status. Here, we generally identify as Puerto Rican. That is mostly because we are not a state.

C.F.: Both. She is doing what many people wish the governor was doing. She is raw, emotional, urgent, motivated. However, she will tend to overdo it at the expense of other municipalities in much bigger need of help and supplies, and that’s where she is hurting. Her rep down here is mixed, strictly due to political reasons. She is loved by followers of her party and disliked by followers of the rival party.

J.P.: You’re now nearly 40 days without power. So, what is that like? Do you get used to it? Are there certain things that you realize, sans power, you really, desperately need? Does it just become a way of life?

C.F.: Quite frankly, I’m tired of not having power. Like anyone down here, I just want my normal life back. You notice the real impact of no power at night when everything is dark. There are certain things a lot of us need that we don’t have sans power: refrigerator to cool our drinks and water, fans to fend off scorching hot nights to be able to sleep, and basic power to charge our phones to stay connected and communicated.

J.P.: You’re an excellent writer; a veteran sports writer. You recently told me you’ve been out of work since September. What happened? And what are you doing to make ends meet?

C.F.: I was laid off from my position at Metro Puerto Rico due to budget cuts. The company began to run out of resources and each department was asked to fire two employees. I, of course, was one from editorial that was let go. For almost five years I was the only sports reporter.

To make ends meet, I was presented with a generous compensation of three months pay. They told me it was a token of good faith because I was the sports reporter since the very foundation of the company. I’m stretching that money out as best as I can. I was approved unemployment, but just before Hurricane María, so as of yet, I haven’t received anything.

J.P.: Your pinned Tweet for the past month has been this quote: “There’s a point… when the structures fail you, and the rules aren’t weapons anymore, they’re… shackles letting the bad guy get ahead”. Why? What are you trying to say?

C.F.: I pinned that right after I was fired. It’s a quote from “The Dark Knight Rises.” It was said by Gary Oldman’s character, Jim Gordon. I tweeted that because I felt that doing things the right way was not appreciated. I tend to toe the line and keep my nose clean. After I was fired, it felt like that, my body of work, and my loyalty were not enough.

J.P.: What, if anything, have you learned from this experience?

C.F.: The main thing I’ve learned is to solve problems. I’ve become more of a fixer than I ever thought I could be. Every single day I wake up wondering how am I going to solve the problem at hand. There are problems as simple as: What I’m going to eat? Where can I find cold water? Where will I charge my cellphone? Who needs my help? 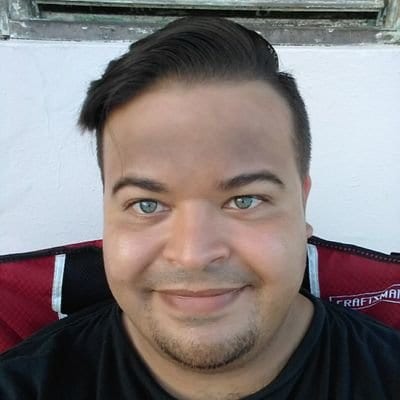 • Ever thought you were about to die in a plane crash? If so, what do you recall?: No. Not yet, at least.

• Who should the Yankees hire as their next manager?: I’d love for them to strike some sort of deal to get Don Mattingly from the Marlins, but I think it’ll be current first base coach Tony Peña or former batting coach Kevin Long.

• Who wins in a 12-round boxing match between you and George Foreman? What’s the result?: Big George wins after landing two punches.

• Three interesting facts about your mother: She has a wonderfully creative mind for crafts; my love for American popular music came from her; she was raised in New York.

• Do you prefer mugs or paper cups?: Mugs. Paper cups are annoying.

• Who’s the greatest Spanish-speaking rapper we don’t know about?: I don’t care at all for our rap music, but I will say it’s Vico C, the man who got the music on the map in the late 80s/early 90s.

• Is it OK to poop on a bridge if you really have to go?: Absolutely! When you gotta go, you gotta go.