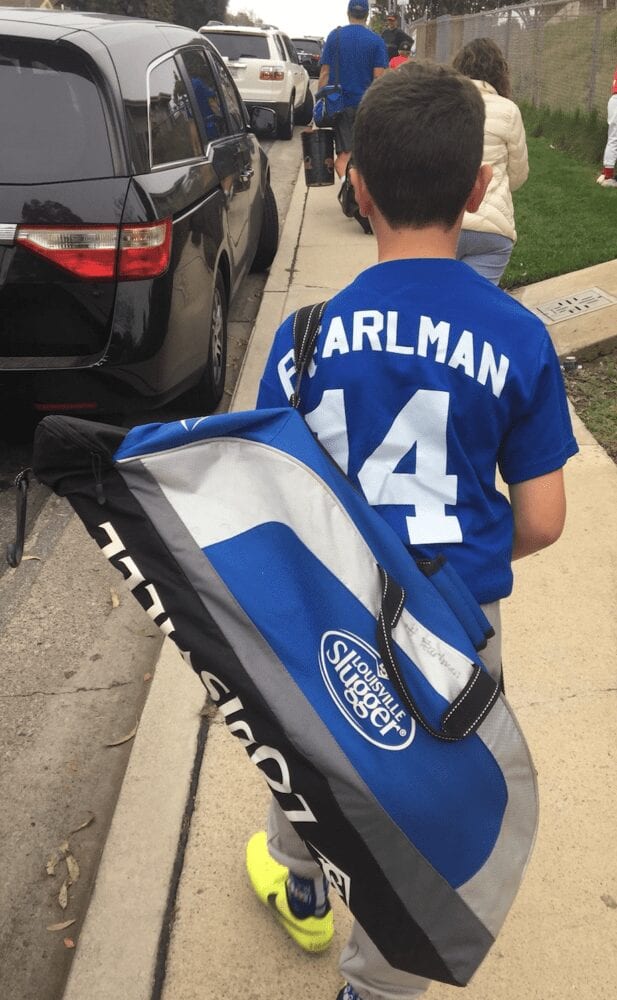 The journeyman second baseman/shortstop/third baseman/left fielder/right fielder/center fielder and general No. 8-thru-13 hitter hung up his neon green (meant-for-flag football) spikes and oversized (handed down from his cousin Isaiah) uniform pants at the conclusion of the Dodgers’ 15-14 Sunday afternoon loss to a team with a name his father failed to remember.

Pearlman, who entered sporting a .220 average with 2 RBI and six stolen bases in seven games, went 2-for-2 in the finale, including a hard-hit line-drive single to right in the second. “That was good,” he said afterward. Then, when asked to elaborate, added, “I don’t know. I’m happy. Can we get a Slurpee?”

The conclusion to a seven-year, two-state, nine-franchise career took the Dodgers front office by surprise. Fans and family members, however, anticipated the announcement for a few weeks, ever since Pearlman said, over a late-October lunch at his California home, “I think this is it for me in baseball.”

The reasons were myriad. Pearlman became increasingly interested in distance running. He was overtaken by the extra homework load of middle school. Mostly, however, he seemed to tire of the Southern California youth baseball scene. Though he had nothing but kind words for his wonderful Dodger coaches and teammates, Pearlman (and his parents) didn’t want to devote all his time to spring baseball—where everything seems to turn a bit wacky. He liked the game, but didn’t love it. What once seemed to be about fun and bonding too often morphed into a weird world where adults brought radar guns to clock 10-year-olds; where too many coaches (again, not the Dodgers) seemed to focus on winning-winning-winning over joy; where, in his words, “it just got too serious.”

“There are some amazing people in youth baseball out here,” said Jeff Pearlman, his father. “But come spring there’s really nowhere for a kid who enjoys the game, but doesn’t live for it. That’s a bummer.”

Ever since his debut with the unnamed team with red uniforms in the New Rochelle, N.Y. Little League back in 2011, Pearlman has been a solid-yet-unspectacular ballplayer; one his father glowingly compares to “a young Homer Bush.” Though he never batted above .300 or hit a home run, he played solid defense and once struck out the side with the 2015 Angels. His teams sometimes won and sometimes lost. Pearlman was rarely the hero, but also rarely the goat. He loved getting a new uniform, making the throw from second to first, walking, stealing bases and joking with teammates in the dugout.

While his parents won’t miss the long games, Emmett’s father is genuinely sad.

“It’s not about baseball,” he says. “It’s about my son growing up.”