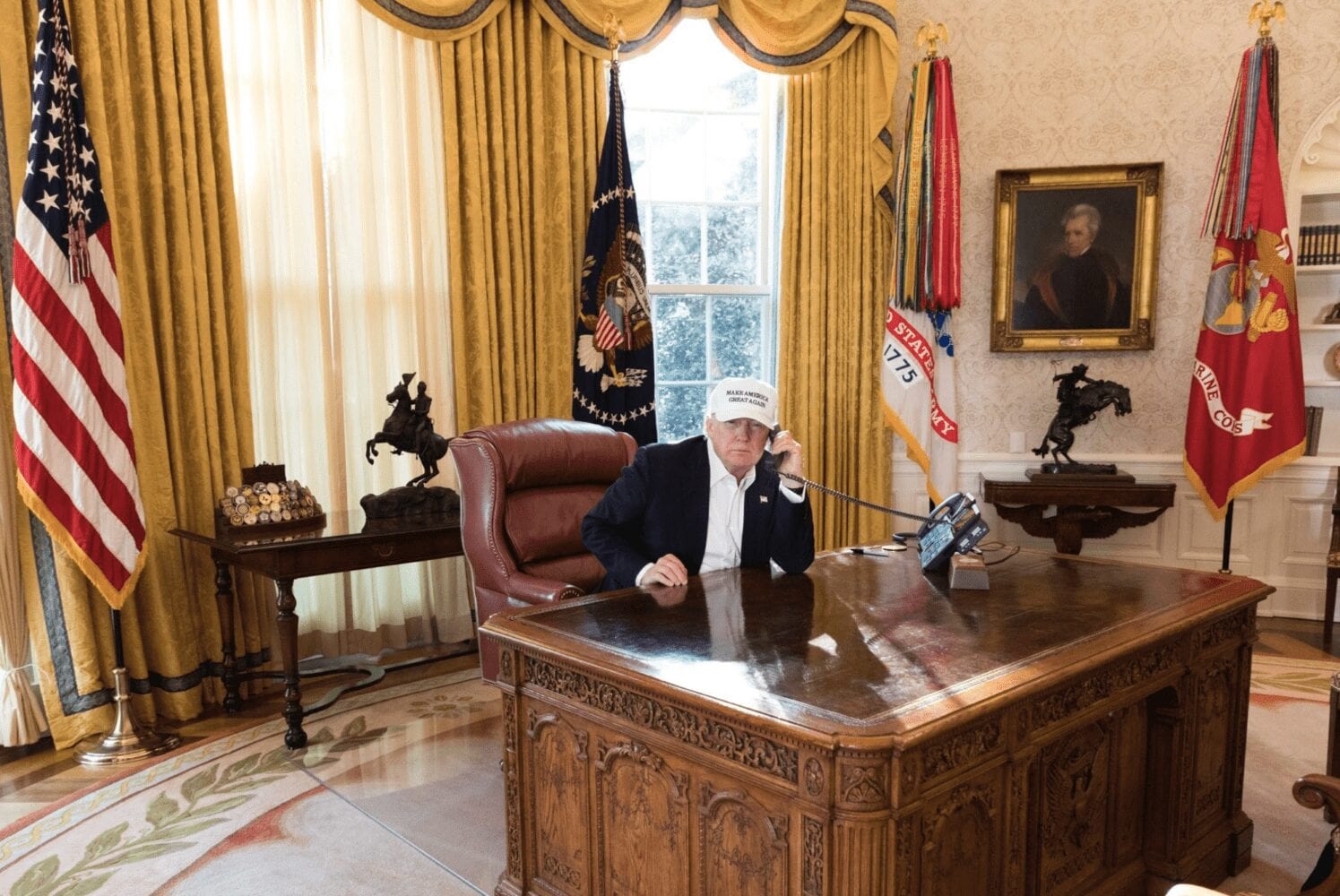 Back when I was 13, I attended Jody Cohen’s birthday party.

It was a huge deal for me, because I had a crush on Jody. She was cute and fun and cool, and I somehow scored a coveted invite.

I actually remember the party pretty well. Records were played. Candy was consumed. There was pizza. A whole bunch of kids filled the room. I was happy and giddy and present. It was amazing.

Then, my dad arrived. 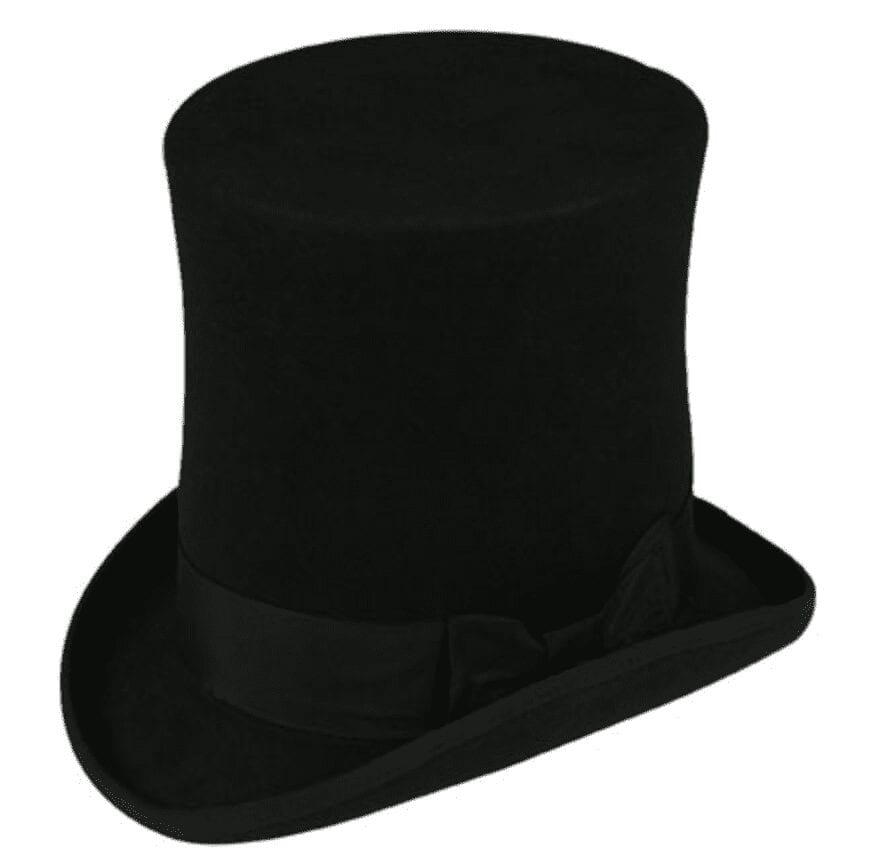 Yes, my dad picked me up in an Abe Lincoln top cap. It was a plastic knockoff we’d received as a Bar Mitzvah party favor, and as he entered the Cohen household here is what entered my mind:

The image at the top of this post was taken today by a White House photographer. It was sent to the media, as proof that—even during a shutdown—our great  president is working hard. So what if the desk is empty? So what if no one is on the other end of the phone line? He’s busting his ass, making America great again! Maga! Hell, Maga Maga!

And yet … the hat. Look closer. 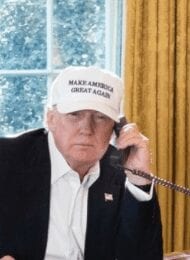 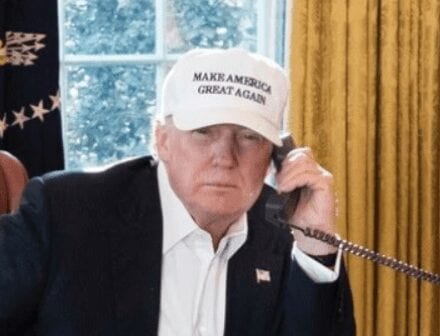 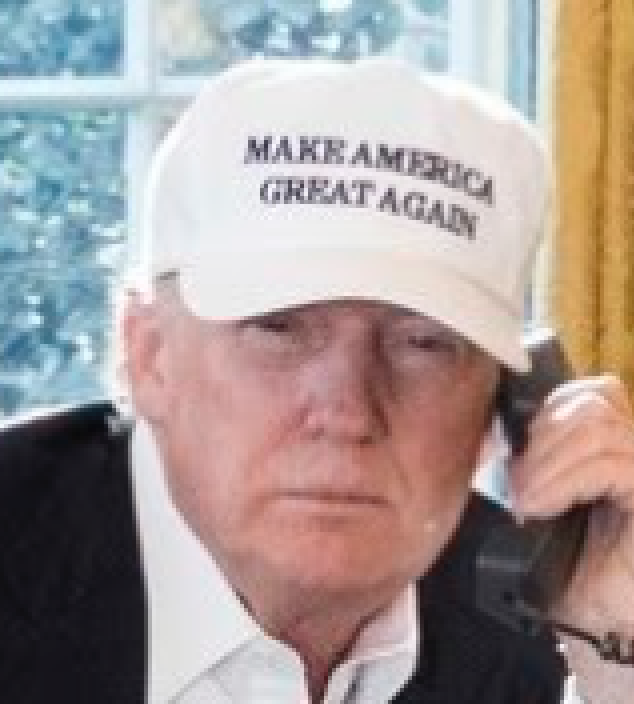 Yup, it’s that cheap-ass MAKE AMERICAN GREAT AGAIN cap. The one with the stitched-on letters. The one you can get at the mall for $4.99. And, if Trump is the nation’s current paternal figure (an argument that can be made), I think we should all collectively say, “Dad, what the fuck are you doing? This is so ridiculously embarrassing! You’re the president! Lose the stupid hat!”