I was a very bad college runner 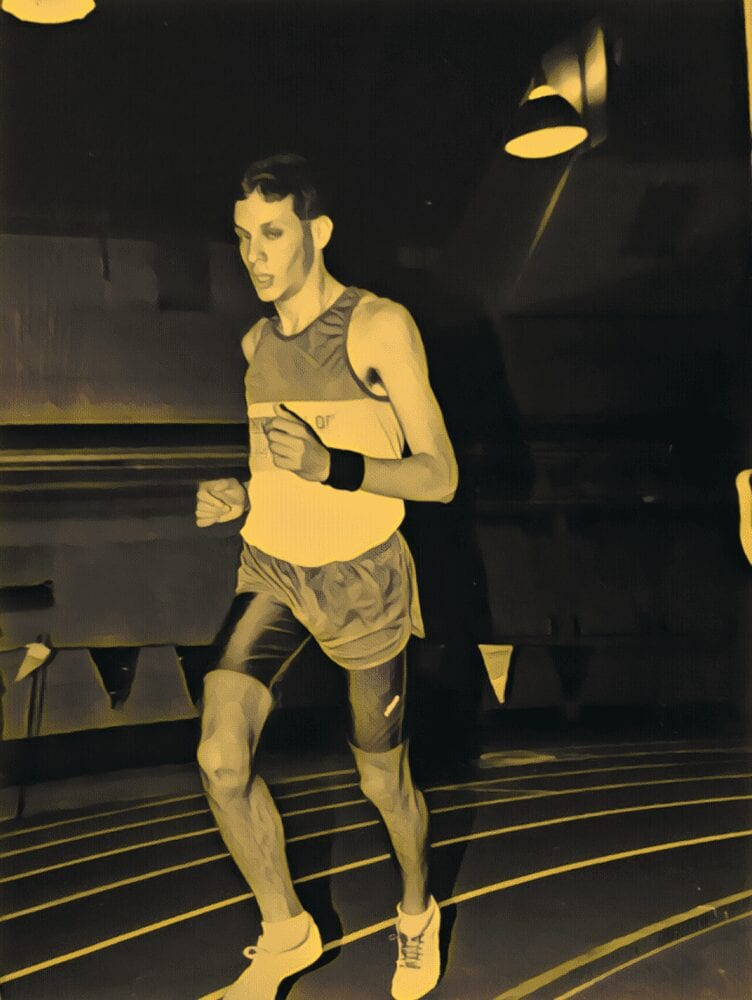 So a few moments ago I was sorting through some old papers when I stumbled upon a random folder.

I opened it, peered inside and found … bliss.

In 1990-91, during my freshman year of college, I was a member of the University of Delaware’s cross country and indoor track teams. This was an enormous deal to young, yet-to-kiss-a-girl Jeff Pearlman, whose lifelong ambition was to be a collegiate athlete. It was also, if I’m being honest, a preposterous reach. Or, put different, I was not a Division I-caliber athlete. Or a Division II-caliber athlete. Division III? Sure. NAIA? OK. But, again, running at Delaware, on a roster filled with state champions and elite college milers, was a joke. In high school I was a 4:59 miler, a 2:07ish half miler, a 59-second quarter miler. I was our third or fourth man on a mediocre Mahopac High cross country team.

But I wanted it. Lord, did I want it. So while deciding where to attend, I reached out to Jim Fischer, the Delaware running coach, who told me I’d be given an opportunity and—in some way, shape or form—a roster spot. Hence, after not getting into Penn State and determining Syracuse was too expensive, I enrolled in Delaware and convinced myself I’d be able to hang with the best of the best of the best.

I still remember that first day. My parents dropped me off—hug, hug, kiss, kiss—and I immediately dashed off for cross country practice. We all sat in a room and introduced ourselves. Coach Fischer offered up a talk, and then Bryan Lennon, a team captain, asked if anyone wanted to take a quick run. “I’m in!” I said—and … whoosh! What seemed to be a casual trot for the other dozen of so harriers was me hanging on for dear life. These guys were fast in a way I didn’t understand. Back at Mahopac, we had a kid named Jeff Cascone who dominated the (admittedly thin) Putnam County running scene. He was the best distance guy I’d ever seen—and, at Delaware, he would have been, oh, the 17th man.

Anyhow, the meets began, and I competed the best I could. Coach was cool about letting everyone run, so weekend after weekend I put on my blue-and-gold Blue Hens singlet and got my ass kicked. I placed near-last in pretty much every meet, and—with my uncle and cousin in attendance for a meet at Princeton—sprinted the final 100 yards to avoid a loss. I was Mr. T in the second Rocky fight. I was Utah State playing the Patriots. I was … 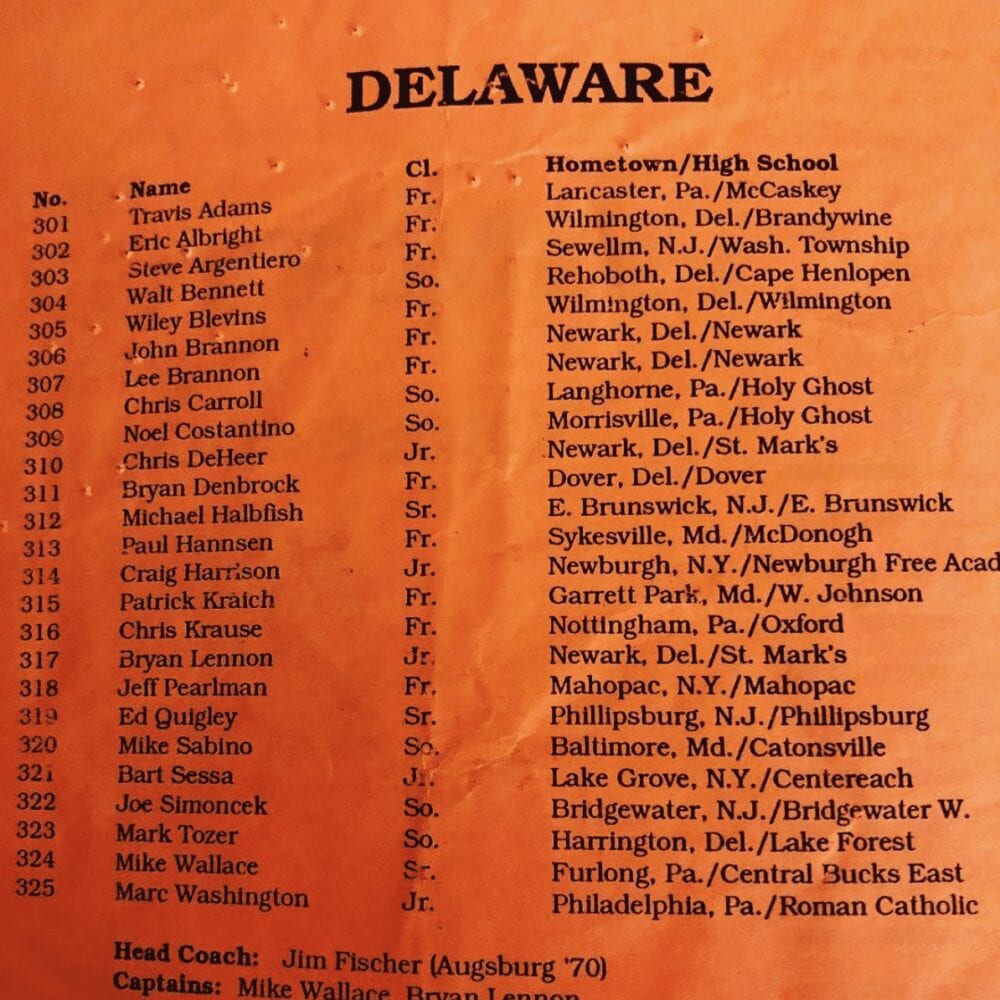 In a weird way, that’s what kept me going. Say what you wanted to about Jeff Pearlman, freshman. He was a virgin geek with bad grades, an awful haircut and a tendency to wear lunch and dinner on his shirt. But he was also training alongside the best runners he’d ever met. That was a powerful thing for me—looking at the rosters printed for different meets and seeing my name, alongside MAHOPAC, N.Y. alphabetically wedged between Bryan Lennon and Ed Quigley (both far superior athletes).

Even all these years later, that pride sort of sustains me.

It’s not that I was good.

It’s that I showed up.

PS: Here are some of my results. It ain’t pretty … 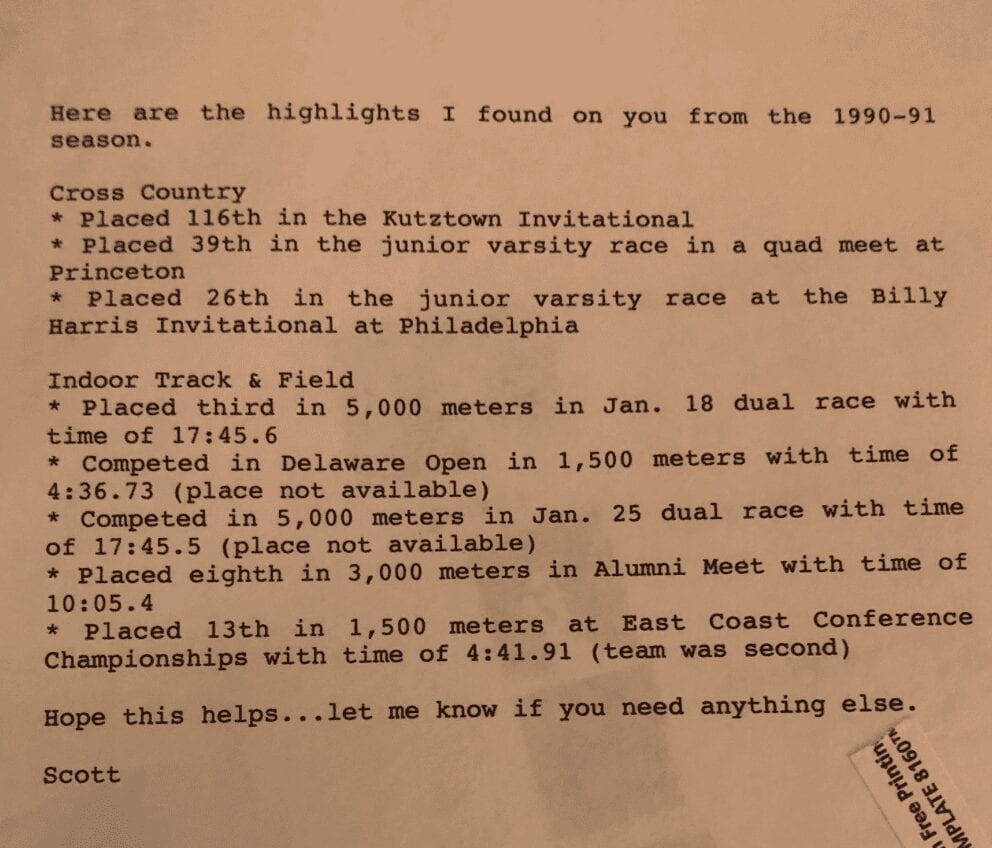