The posters on a wall 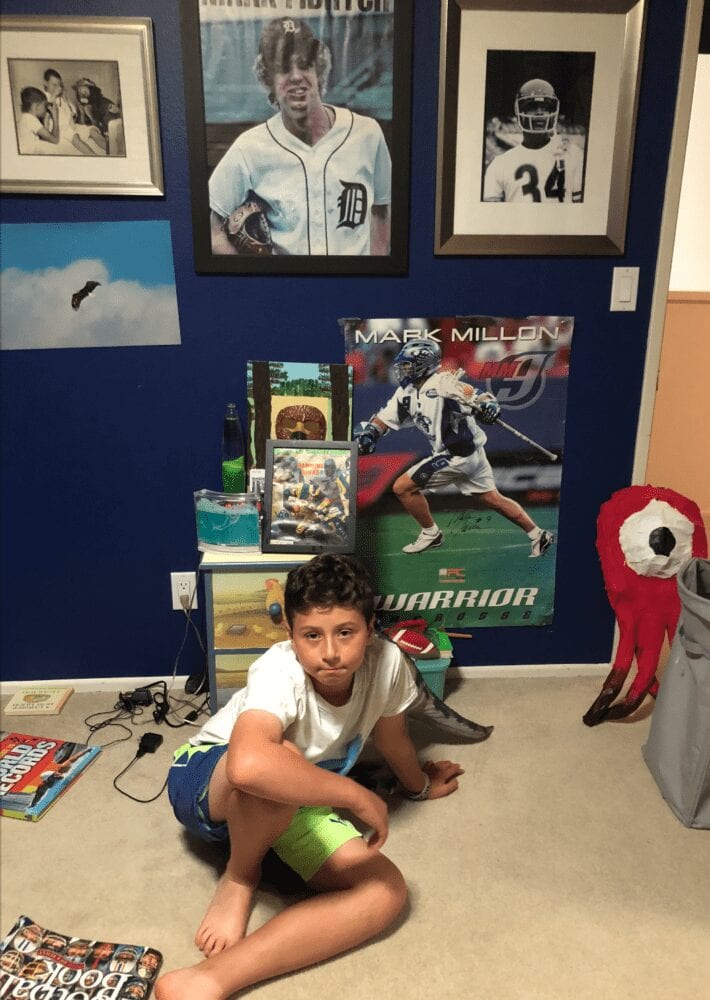 My son Emmett is 11. His room is small, but it features four posters that make me insanely happy. So, with just these words as my limited lede, here’s the breakdown …

When the kid was born, we chose the name Emmett. Not because of the football player. I actually don’t have much good to say about the halfback. But, because of my sports experience, I assumed we’d spell his name “Emmitt.” The wife countered with “Emmett.” I didn’t particularly care either way, so we went with the two Es, two Ms, two Ts. Anyhow, Emmett was, oh, 1 when I decided to get him a football poster. But, in the name of being weird, I went Cardinals instead of Cowboys.

Hence, the Arizona Cardinals’ Emmitt Smith hangs on the wall …

True story—we were living in New Rochelle, N.Y. seven or eight years ago, and our across-the-street neighbors were these absolutely lovely, fascinating people. It was four senior citizens, three men and one woman. Two of the men were brothers—one of whom was developmentally disabled. The third man was, I believe, the partner of the one brother. But I’m pretty sure the one brother was also married to the woman. It was, eh, untraditional.

Again, though, they were awesome. And when they moved to San Diego they had an estate sale. All this stuff was in the house—a big drum, chairs, tables. And, in a corner, I spotted a rolled-up poster that turned out to be an autographed dandy of Mark Millon, lacrosse star. It was beautifully random, and in the years that followed Mark and I struck up a nice little friendship. All because of the poster.

Obviously very close to my heart. This photo appears in my book, “Sweetness.” Emmett also owns a Payton jersey, and I spent nights last year reading the biography to him before bed.

The image was taken during Walter’s rookie year, before a game at Candlestick Park. I was pushing for it to be the cover. Alas, I lost that one.

I was probably 11 or 12. Every year my mom dragged me, my dad, my brother to the Stormville Flea Market. I was usually gifted a few dollars to spend on baseball cards. This time, I spotted a guy with old sports posted, rolled up. He was charging 50 cents for the image of The Bird.

Thing was taped to my wall for years and years. Then I rolled it up and put it away. About, oh, six years ago one of our neighbors put a framed image out with the trash. I spotted the frame, thought, “Hmm.” Brought it inside, fitted Fidrych.

Everything about this poster is excellent. The hair. The font. The goofy expression. The chin dimple. The tucked glove. The empty stands.