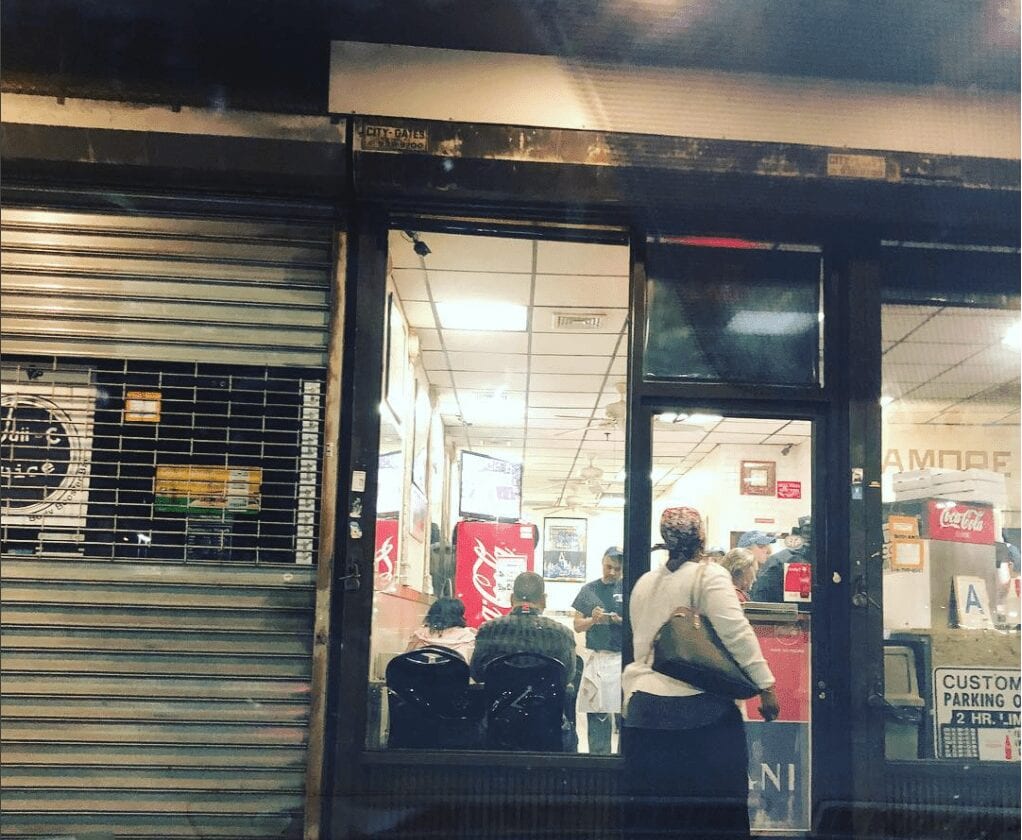 So tonight we flew into Kennedy Airport from LA—our annual summer return to New York.

We were all hungry, so we used Yelp to find a place called Amore Pizza in Queens. It was located in a dilapidated shopping mall alongside a Subway, a McDonald’s, some sort of frozen yogurt joint. The kids were tired, so the wife and I went in as they waited.

I know that sounds corny. I know that sounds cliche. But it’s also true. The NBA Finals were on a TV above a soda dispenser. A couple of battered tables took up space. There was a soda tap, four or five guys working behind the counter, slinging slices in and out of a pizza oven. The smell—well, the smell was heaven. Sauce, cheese, crust. But real sauce, cheese, crust. None of that California bullshit. It was warm and absorbing.

A guy sitting at one of the tables was complaining about the Mets. “You see the game tonight?” he said to a worker.

I jumped in. “deGrom pitched well again,” I said.

“Yeah, but they can’t score a fucking run,” he replied.

We bantered back and forth about the Mets; about deGrom; about Steven Matz underwhelming and Zack Wheeler being Zack Wheeler. Our conversation included the ya knows and yeahs and you’ve gotta be fucking kidding mes I no longer receive or distribute in Southern California.

By the time the wife returned and our slices arrived, I wanted to stay forever.

Alas, we had to leave. We retreated to the car, opened the box and enjoyed the best friggin’ slices we’ve had since our last trip to New York. Perfect crust, a drip of grease, even sauce-cheese distribution.

I folded mine over and bit in.