The 25 best players in USFL history: No. 19—Richard Johnson 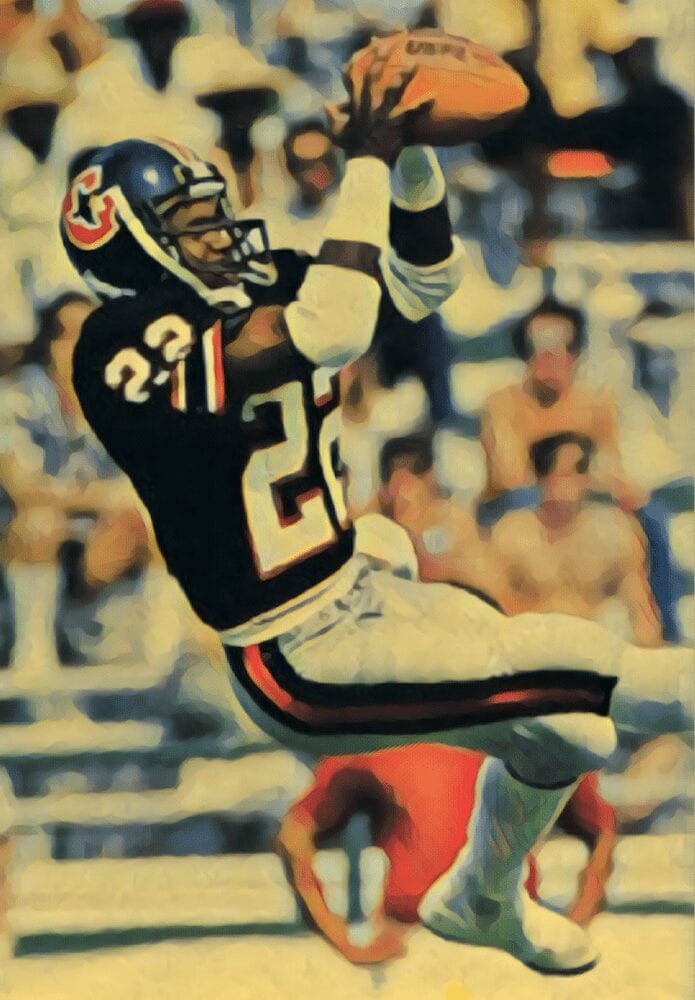 Wide receivers with (ultimately) bigger names played in the United States Football League. Ricky Sanders and Gary Clark went on to win a Super Bowl with the Redskins. Anthony Carter was a star with the Vikings.

But nobody was more electrifying than Richard Johnson.

An undersized (5-foot-7), pear-shaped (175 pounds), little-known running back at the University of Colorado, Johnson went underrated by the NFL, but was signed by the Denver Gold (as a halfback) for the 1983 season. He was brought in by the expansion Gamblers a year later, and—during a team meeting—noticed he was listed as a receiver.

This confused Johnson, until he was told that small, fast guys would catch many balls in the Jim Kelly-led Run ‘n Shoot offense. OK, Johnson thought. I’m a receiver.

When the league died Johnson bounced around. He was signed, then dumped, by the Jets. Played as a replacement guy for a single game with the 1987 Redskins, then two more by the replacement Bills. Johnson was working as a computer programer in 1989 when the Detroit Lions (whose offensive coordinator, Mouse Davis, held the same gig with the Gamblers) reached out with a job offer.

Oh, the best part: He smoked a joint before every game. 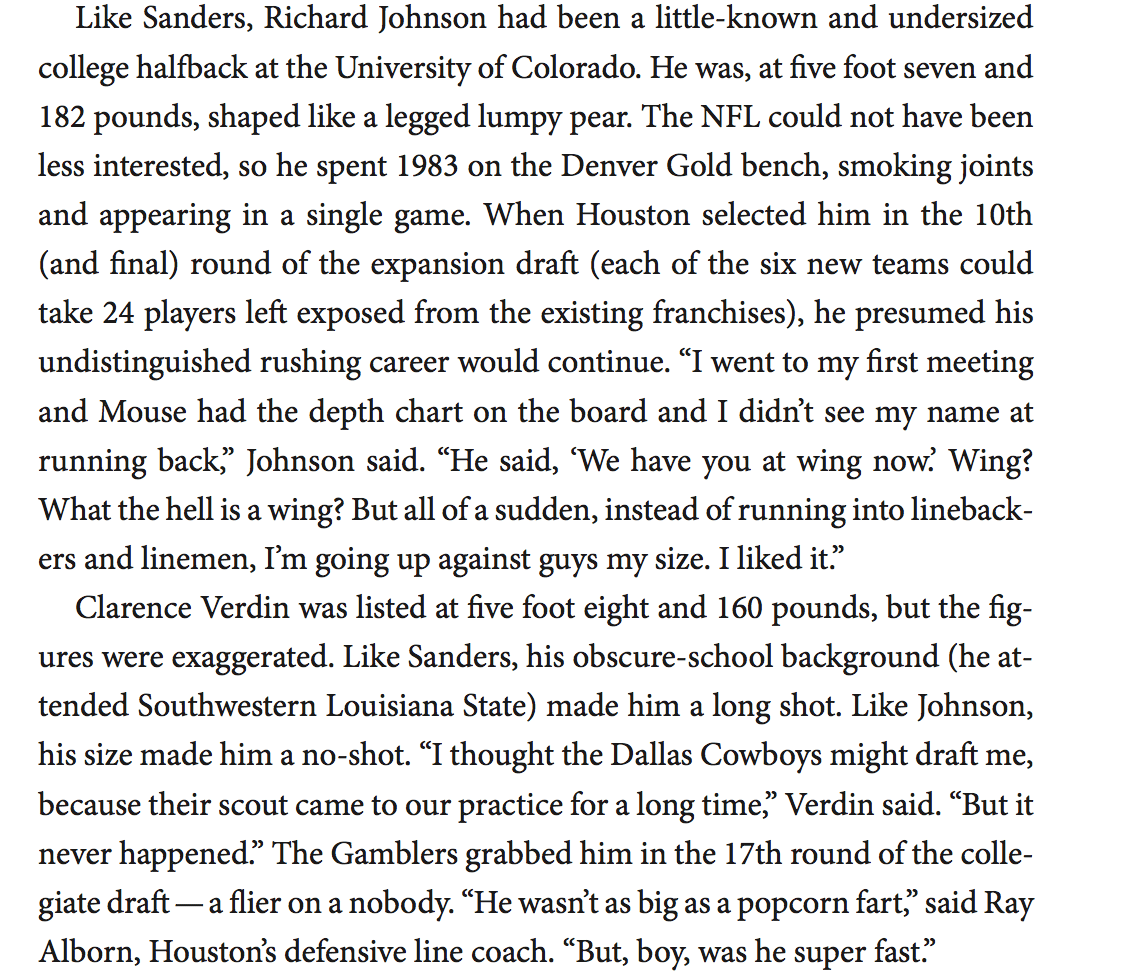 PrevPreviousThe 25 best players in USFL history: No. 20—John Reaves
NextBook-hop and the making of a book trailerNext