The 25 best players in USFL history: No. 17—Peter Raeford 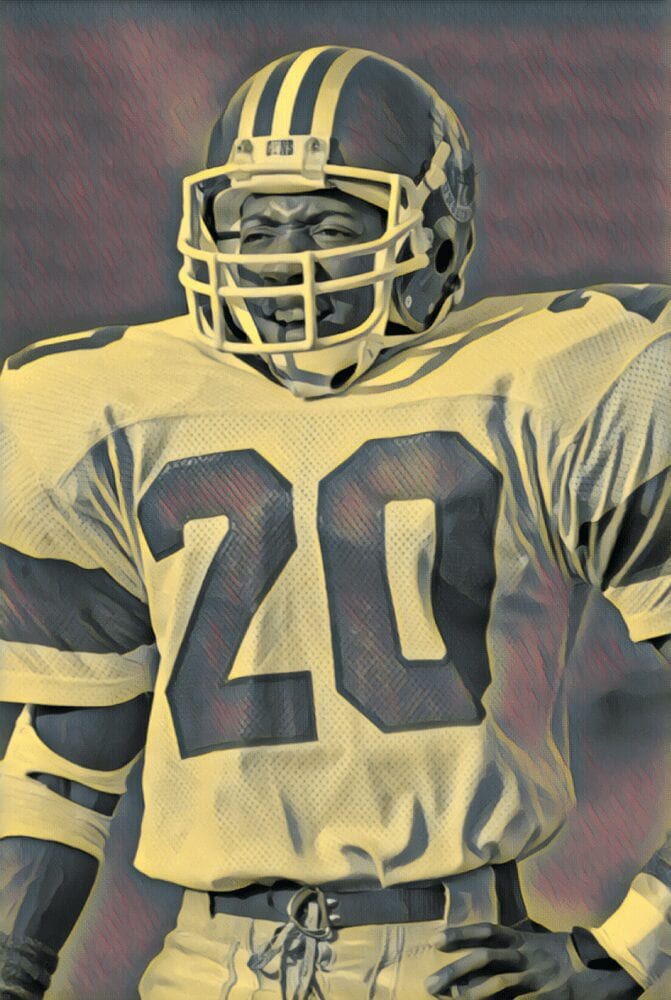 OK, so this is a little bit of an upset. Unlike the Jim Kellys and Steve Youngs of the USFL, Raeford is a huge unknown. He played but two seasons, both for what is surely the franchise that drew the least amount of attention and coverage in USFL history.

On a team that was, eh, dysfunctional, Raeford stood out as a legitimate shut-down cornerback. Though only 5-foot-10 and 180 pounds, he was quick, sharp and a devil for wide receivers to separate from. He boasted tremendous quickness and soft hands. Best of all—the story. Herschel Walker came to the USFL from Georgia, where he won the Heisman Trophy. Brian Sipe came to the USFL  from the NFL, where he won the 1980 MVP.

Raeford? The son of a one-armed mechanic, he played Division II ball at Northern Michigan, and not long after college was working as a baggage handler at the local airport. The NFL had no interest. He tooled around with a semi-pro outfit. “Some people just need the opportunity,” he told me. “Most of the Gunslingers fit that description.”

Raeford was granted an audition with the Gunslingers, and he wound up arguably the best player on the 7-11 1984 squad, intercepting five balls, including one that he returned for a 53-yard touchdown. Raeford had another two picks the following year, when (quite literally) opposing quarterbacks were rarely throwing his way. Were there moments when he fell short? Sure. Were there many? No.

To be blunt, there were three absolute elite corners in the USFL. Jerry Holmes of the Pittsburgh Maulers/New Jersey Generals was one. Frank Minnifield of the Blitz/Wranglers was another.

Peter Raeford was the third. And, for his two seasons, perhaps the best.

Sadly, the NFL never called. His career was over barely after it began. 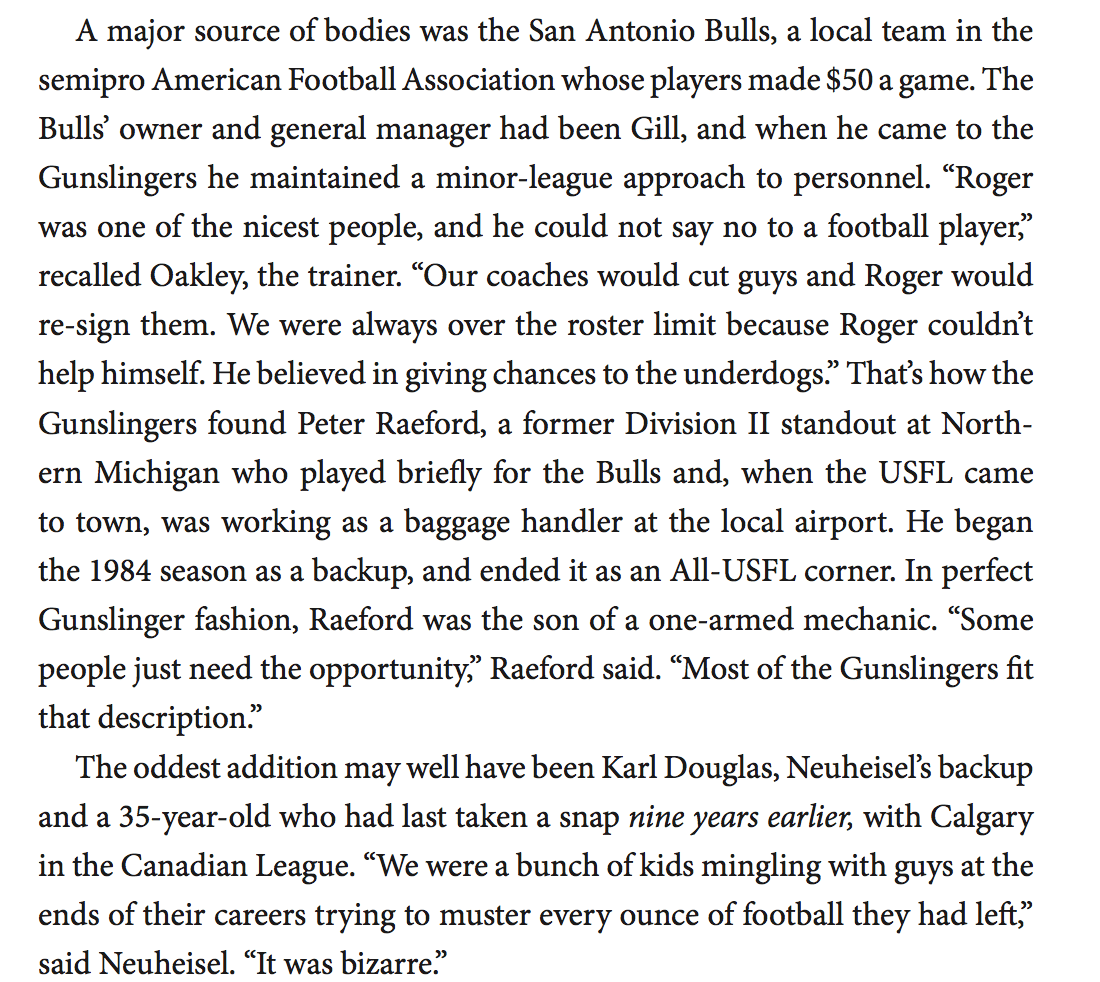