The 25 best players in USFL history: No. 1—Sam Mills 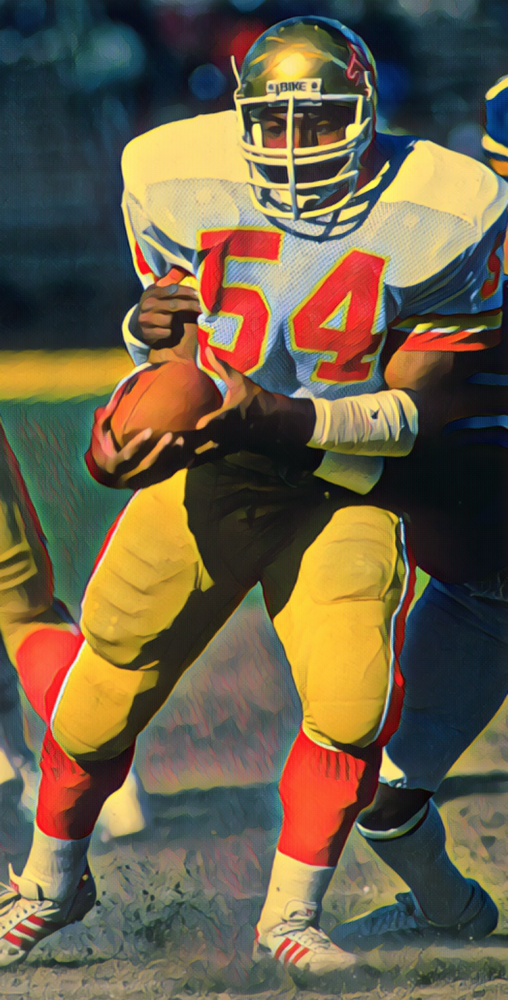 Even though probably no more than 23 1/2 people have been following these rankings, this was not an easy decision.

The way I see it, five other guys could have filled this slot. Herschel Walker (the most important player in USFL history), Kelvin Bryant (the best all-around offensive weapon), Bobby Hebert (best quarterback over the USFL’s three seasons), Jim Kelly (most explosive quarterback for two years) and Chuck Fusina (the Joe Montana-esque winner).

I went with Sam Mills.

Why? Mainly because every USFL player (teammates and opponents) speaks of Mills in reverential tones. He was, at 5-foot-9, far too short to be a professional linebacker. He was, out of Division III Montclair State, too obscure to be anyone’s star. He was cut by Toronto of the Canadian Football League, then by the NFL’s Browns. In fact, it was Sam Rutigliano, Cleveland’s head coach, who called the Stars to tell them about this guy they needed to sign. “You’ll see him in street clothes and have no interest,” Rutigliano told Carl Peterson, Philadelphia’s general manager. “Just promise me you’ll watch him in pads.”

Peterson agreed—and BAM! POP! POW! Mills was a 150-mph tank, storming toward oncoming ballcarriers with a force unrivaled in the league. Part of it was talent. Mills was, factually, a gifted and instinctive player. But a bigger part was hunger. The man desperately wanted to play football, and behaved as if each play were his last. There are endless video clips of Mills drilling quarterbacks, receivers, halfbacks into the ground. He was Walker’s worst enemy—a small school counter to the gilded University of Georgia-produced thoroughbred. Mills led the Stars to two USFL championships, was named to three All-USFL teams and is a member of the USFL’s All-Time Team. He was the leader of the league’s best defense. Always coming. Always charging. Always moving.

This clip sort of says it all …

When the USFL died, Mills was signed by the New Orleans Saints and Jim Mora, the head coach who also came from the USFL’s Stars. A five-time Pro Bowler, he is a member of the Saints’ Hall of Fame, and his number 51 was retired by the Panthers.

He was the greatest. 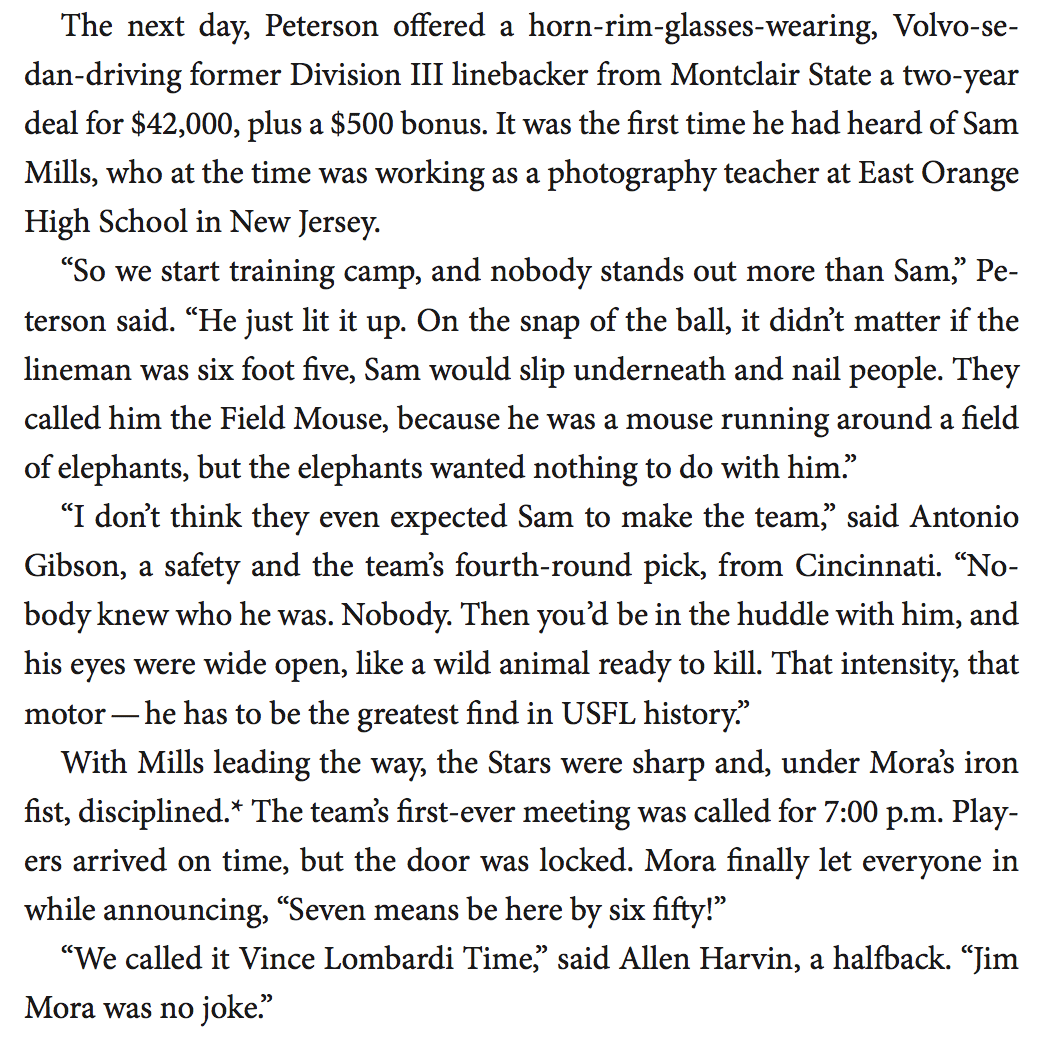