The 25 best players in USFL history: No. 2—Kelvin Bryant 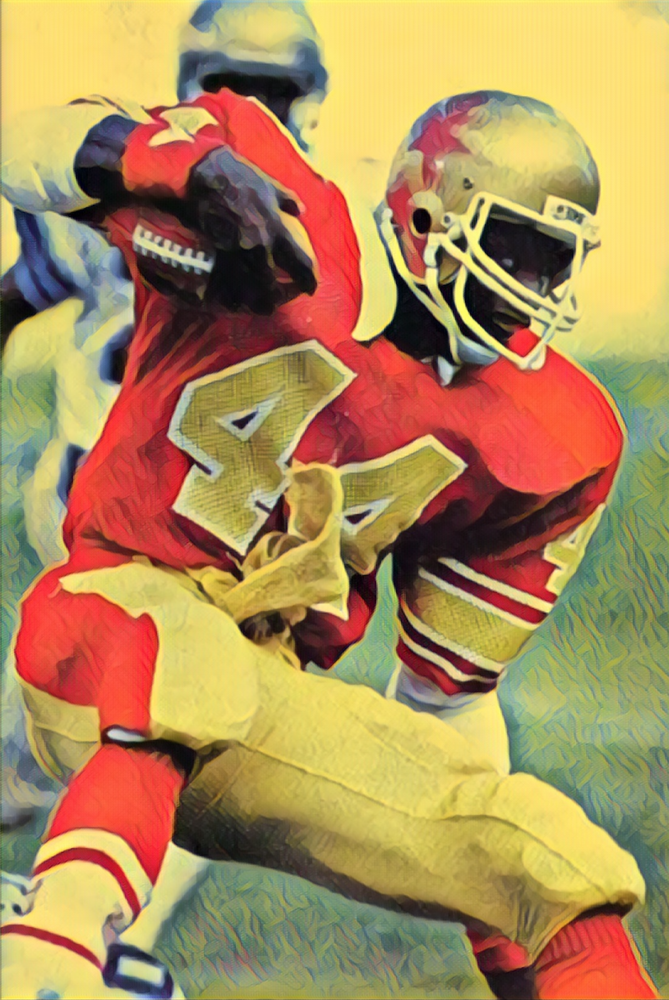 Among the, oh, 25 or so other USFL geeks walking the earth, this is what passes for legitimate controversy.

The United States Football League had its share of big-armed quarterbacks, pulverizing tight ends, monstrous offensive linemen, fleet wide receivers. But, when it comes down the running backs, there were a slew of stars—and two mega-, mega-, mega-stars.

One, New Jersey’s Herschel Walker, ranked third on this list.

The other, the breathtaking Kelvin Bryant of the Stars, sits here at second.

But (cough) Kelvin Bryant was even better.

It’s true. First, Kelvin Bryant won two titles and appeared in all three championship games. (Walker, on the other hand, never sniffed a crown.) Second, Bryant was a far superior all-around player to Walker. He had better hands, was a better blocker, more versatile, more adept. Chuck Fusina, the skilled-yet-light-armed quarterback, depended on Bryant out of the backfield, and many of the prettiest plays in USFL history involve Kelvin taking a three-yard dump off and turning it into a spectacular scamper through the defense.

Also, there’s this thing about Walker that goes unsaid, but is painfully true: Namely, he wasn’t quite as good as the numbers suggest. The guy was awful at making people miss. He was stiff and sorta bulky. Upon arriving in Dallas after the USFL folded, Cowboy players were shocked by his lack of athleticism. Or, as one told me, “Herschel couldn’t dribble a basketball.”