What’s in a (football) name? My ranking of the AAF team monikers 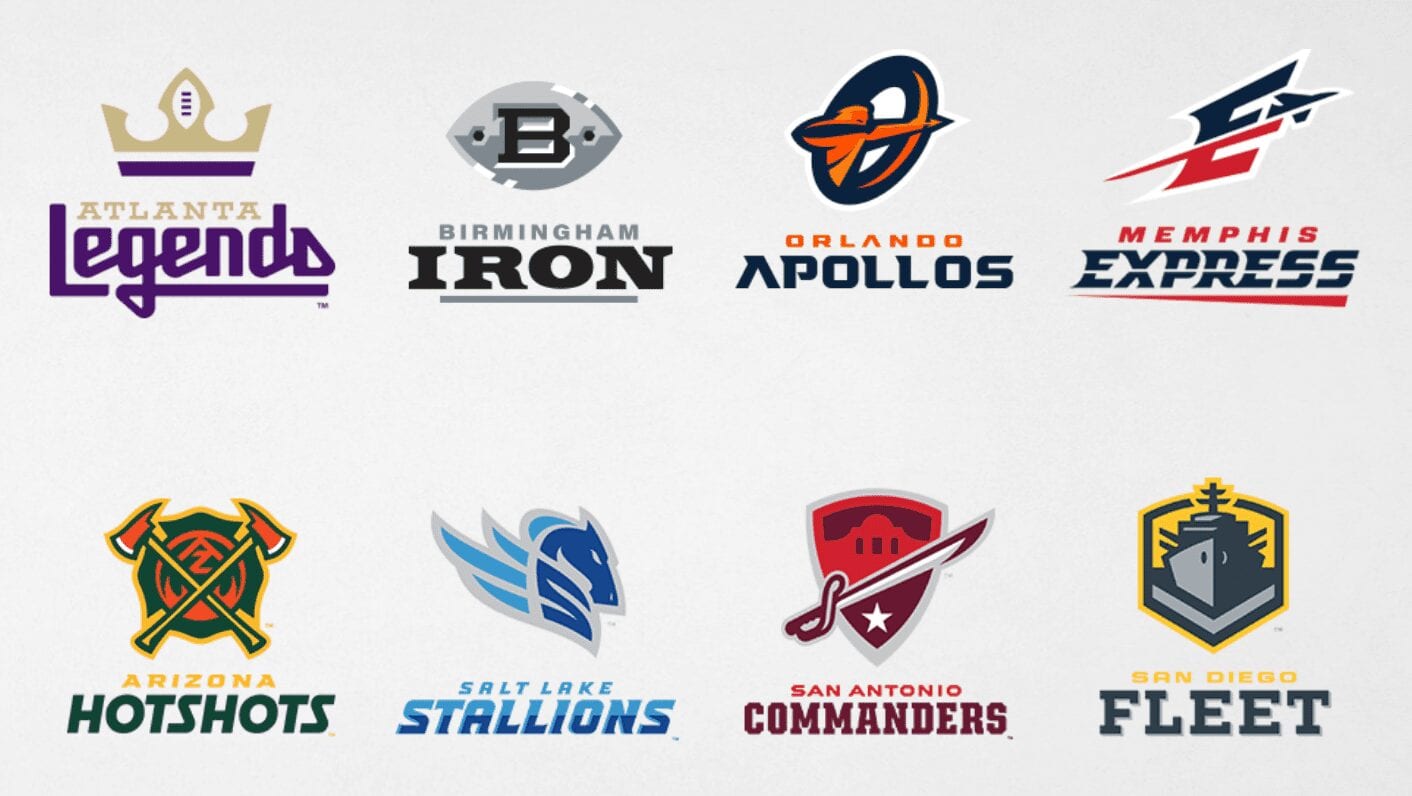 In case you missed this, the soon-to-be-real Alliance of American Football officially has names and logos for its eight teams. And, not unlike the USFL, it’s a mixed bag. Here’s the official I-wrote-a-USFL-book-so-now-I-think-I’m-some-sorta-expert rankings, from worst to best …

8. Salt Lake Stallions: Yes, I like the unintentional homage to the USFL’s Birmingham Stallions. But this name feels v-e-r-y 1970s, well before franchises could get funky and fun with monikers. I guess the blue-and-silver stallion is cool enough. But Stallions isn’t much of a leap from Bears, Lions, Bulls … yawn. Just yawn.

7. Memphis Express: Again, cool unintentional USFL homage. But FedEx is based out of Memphis, and I just have to think the team’s braintrust was thinking corporate tie-ins before anything else. The result is dull and uninspired.

6. Orlando Apollos: I would dig this more if it made even a sliver of sense. Orlando Apollos? What? Apollo is the god of of music, poetry, art, oracles, archery, plague, medicine, sun, light, and knowledge. Orlando is a largely charmless city of chain restaurants and $15 foam mouse ears. Just a total disconnect.

5. Birmingham Iron: I’m sorta torn here. It’s not terrible, and one never goes wrong with black-and-silver unis. But while the city does have ties to the iron industry, they’re neither obvious nor well known. Here you go. Also, one lesson from the USFL’s venture with Birmingham is this: The city is hot as fuck. Black uniforms? 110 degrees? Eh … yeah.

4. San Antonio Commanders: It’s regionally appropriate, thought not super inspiring. I dunno. It’s the vanilla shake of names. I wouldn’t turn down a vanilla shake. But it doesn’t particularly thrill me.

3. Arizona Hotshots: ** Sometimes you’re just an uniformed idiot. Brad Denny of @3TVSports just DMed me this: The AAFL names: The AZ team name is in honor of the team of 19 firefighters (The Granite Mountain Hotshots) who were killed in the Yarnell Hill Fire in 2013, not a reference to the heat.

2. Atlanta Legends: The name feels v-e-r-y Atlanta, and I dig that. Hard to explain if you haven’t spent time there. But Atlanta is sorta badass, and the name/logo resonates.

1. San Diego Fleet: I dig everything about this. Logo is classy, nod to the military presence in the city, appears regal and cool. Would have been a nice fuck you to the NFL to go “Electrics” or “Bolts,” but this isn’t the USFL (Oakland Invaders). They’re trying to make nice.

PrevPreviousFor a guy who loathes the NFL, Donald Trump sure wanted in …
NextBooks, books, booksNext