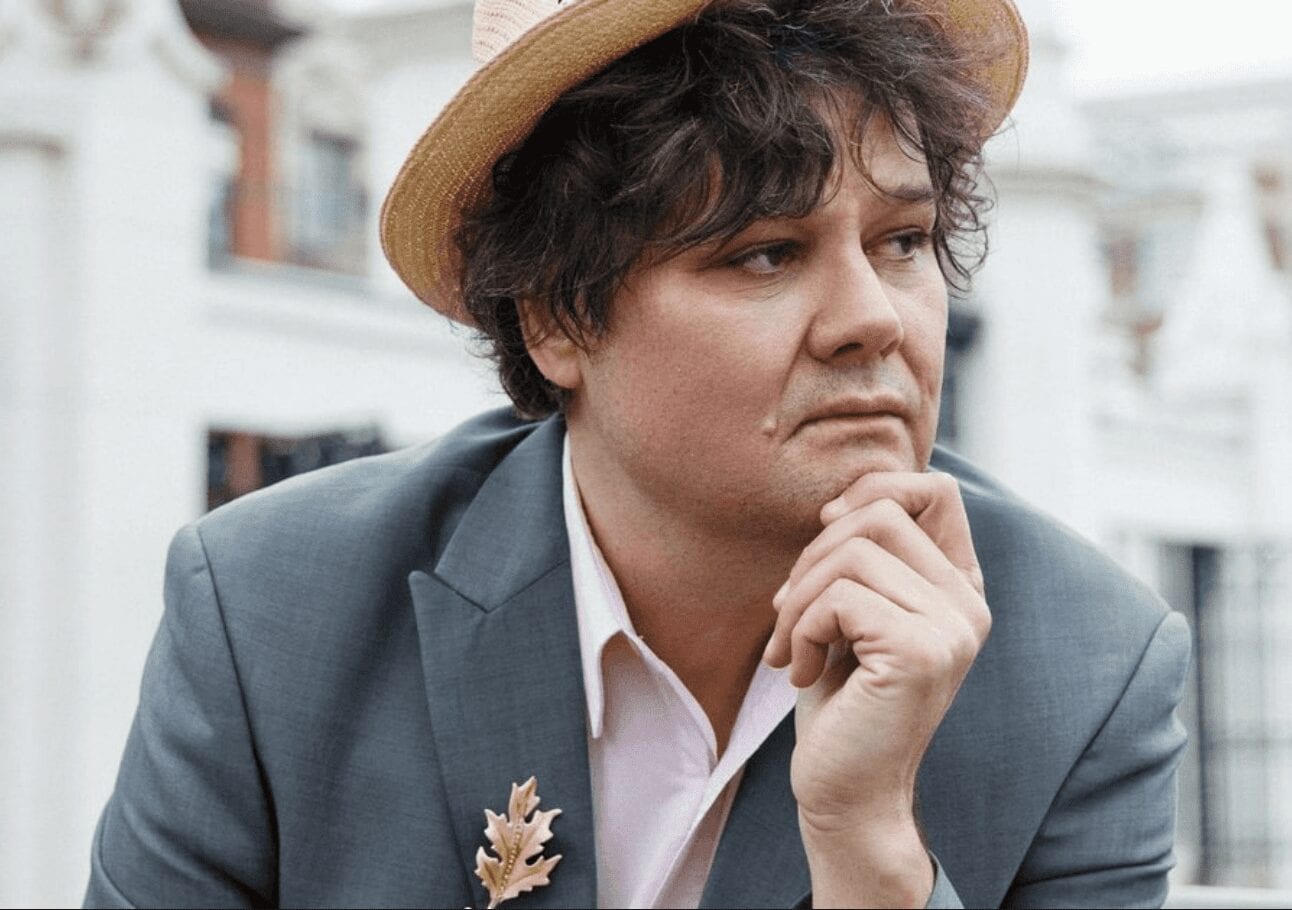 It’s 1995. I’m a (really) bad music writer for The Tennessean in Nashville. There’s a festival in town, and I’m told to cover it. Dozens of venues, dozens of artists from around the globe.

I have no idea what I’m doing, but I hear a ton of sounds. A guy named Willie Porter sings “Jesus on the Grill.” Jason and the Scorchers play “Golden Ball and Chain.” One band after another band, one singer after another singer. An endless barrage of jams.

One afternoon, I find myself inside a tiny loft. There are, oh, 12 people in a circle, surrounding a man with a guitar. His name is Ron Sexsmith. He’s, oh, 30. Smallish, jeans an a T-shirt, unruly brown hair. I think nothing of him—until he sings.

The sound is haunting and beautiful and mesmerizing. I’ve never experienced anything like this. In an era of excess, the man before me is striped down and raw. He plays one song, “Secret Heart,” that has us all hooked.

The years pass, and Sexsmith goes on to have a wonderful career as a singer songwriter. He releases album after album, tours regularly, has his tunes performed by everyone from Elvis Costello to Emmylou Harris. I follow from afar, thinking one day this man needs to be a Quaz.

JEFF PEARLMAN: So Ron, I first became acquainted with your career back in 1996, when I was a (very bad) music writer for The Tennessean and you performed in a tiny club for about, oh, 20 of us. And you were absolutely outstanding—I found your music to be haunting, compelling, detailed. Just loved it. And I’m always fascinated by singers and small venues. Is it good? Is it bad? Do you mind singing for 20 when you’ve performed for thousands? Do you have a preferred size?

RON SEXSMITH: Do you remember the venue? At that time I would’ve been happy to play for anyone. I guess it’s not so much the size of the venue but that you hope whatever size it is … it’s full. My fave type of venue to play is a smallish theatre or a theatre/club (A club with a balcony and good sound). But I’ve had great shows in small dives as well. 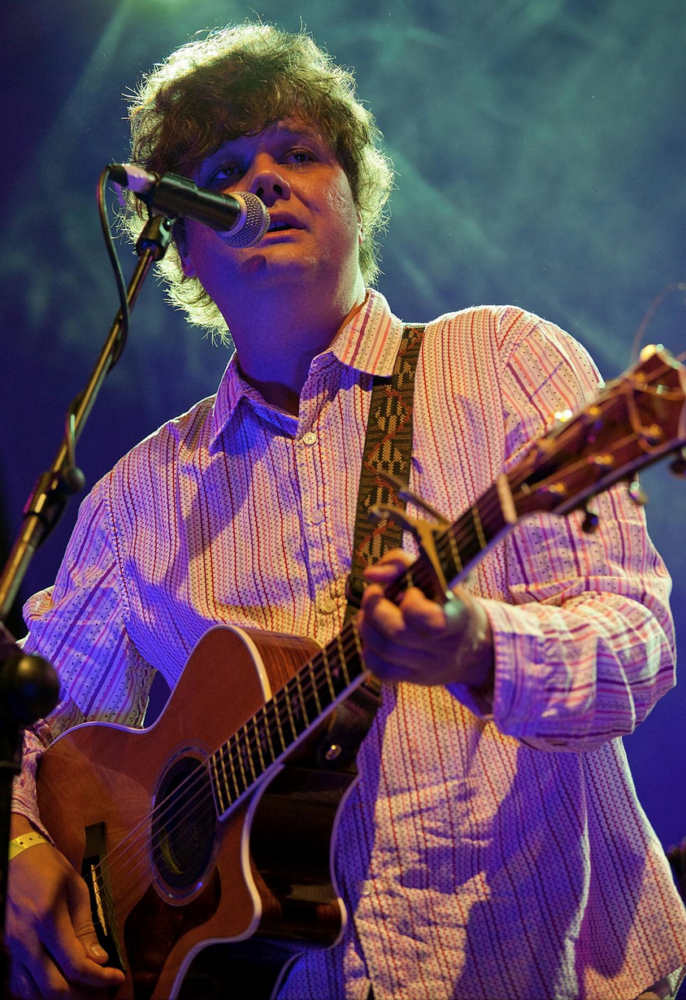 J.P.: How do you know if a song works? What I mean is, you write it, you record it. What tells you, “This is a winner!” v. “Meh”? Are there signs? Giveaways? Can a person’s comment make the difference for you?

R.S.: There’s always something about each song that I’m excited about or that makes me want to finish it. Sometimes if I’m working with a producer they’ll have certain ones that they think are “winners” and usually we’re on the same page. But not always. Every now and then there’s a song that doesn’t seem too promising at first but somewhere in the recording of it, it comes up a few notches. There have also been songs that sound to me like potential “hits” when I’m writing them but for whatever reason never turn out that way.

J.P.: When you started in the business the model was based around signing a record deal, recording, then going out and supporting said recording with a tour. I know some guys from Blind Melon, and they were a band for, oh, two months before landing a deal. That clearly doesn’t happen any longer. So … how does one make it in 2018? Is the music career model sustainable?

R.S.: I have no idea… I wouldn’t know what to do if I was starting out these days. Many young people are quite savvy with the Internet and with YouTube etc., so I’m sure there’ll be fine. I think it’s all about cultivating a devoted following and staying true to what you’re all about.

J.P.: Last year you published your first book, “Deer Life: A Fairy Tale.” The reviews were strong. And I wonder—what’s the crossover from music to books? Are you exercising the same muscles with song writing and novel writing? Does it feel drastically different? Is one easier than the other? Did you enjoy it? Hate it?

R.S.: It was very hard for me but I guess I knew that going in. I’m mostly proud that I stuck with it because many people give up. It was definitely much harder for me than writing a song and yes, drastically different. With a song you have the benefit of repetition and rhythm. With a book you’re constantly trying to move the story forward and I didn’t exactly know how to do it. Anyway, the reviews weren’t all strong but I did see quite a few glowing ones so that was a relief. I think it’s a nice story.

J.P.: You’re a truly gifted songwriter. One of the best I’ve ever seen. I mean, “God Loves Everyone” is just … off the charts. So how does it happen? What’s your process? Where do the ideas come from? When do they tend to strike you? Do you run to write them down?

R.S.: That one was triggered by the Matthew Shepard murder in Wyoming but more specifically by the Westboro Baptist Church picketing his funeral with these hate-filled signs (They actually came after me for writing that song!). But yes, I’ll get an idea or an inspiration from somewhere and my job is to recognize and or see the potential in the idea. The hard part, though, is just sticking with it until it becomes a song which can take days, weeks or months and requires a lot of craft and patience and luck.

J.P.: This is a weird question, but I’m gonna ask. Justin Bieber is the singer of my kids’ generation. And, like you, he’s Canadian and talented. And I wonder—when you see guys like Bieber, peddling pop fluff and making millions and being invited onto the Today Show, are you ever annoyed/pissed/etc? Do those emotions come into play when you see less sophisticated performers making huge dollars?

R.S.: I never get annoyed. It’s obviously connecting with a lot more people than I’ve ever been able to do so that’s perfectly valid. Musically, I don’t relate to a lot of new music but, then, I’m 54. I just don’t find it very interesting lyrically or musically. And as well I don’t find it very nutritious spiritually or intellectually. 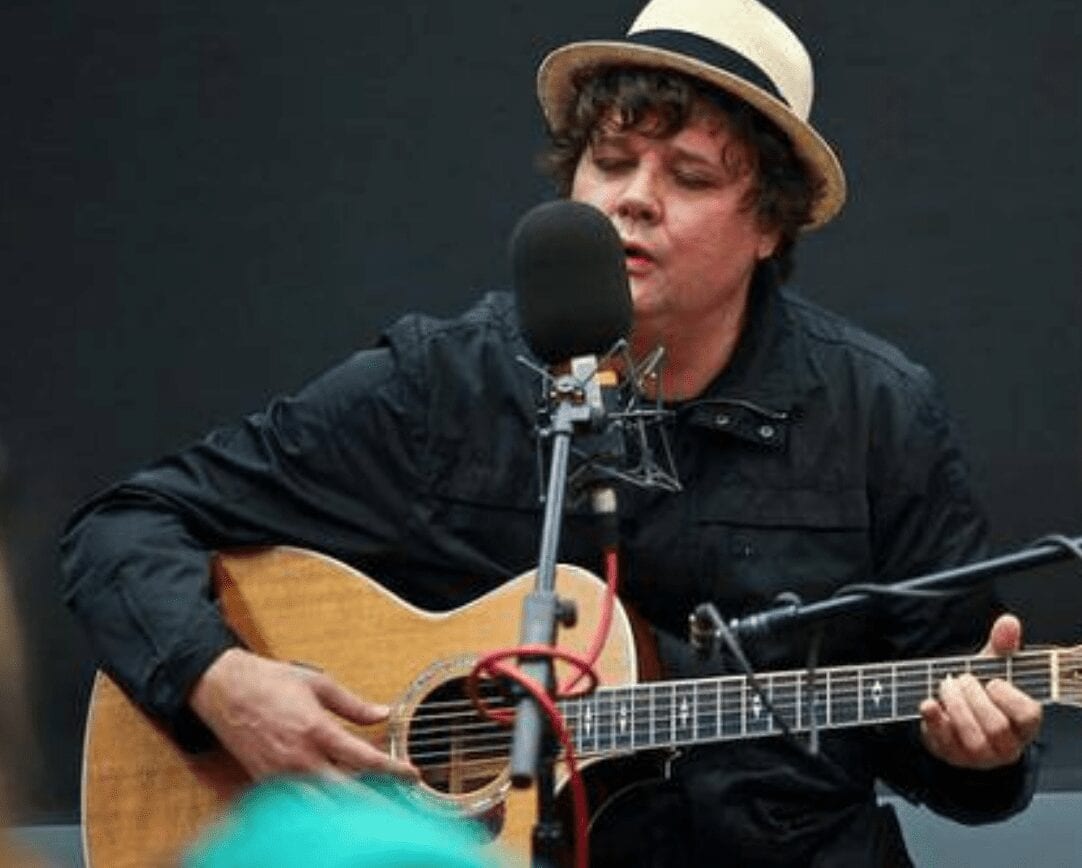 J.P.: You’re 54. When I saw you play you were 31. So how does age change a songwriter? Because I’ve met performers in their 40s … 50s who say they’re better than ever, and I’ve met others who say they no longer have that same passion, magic that came with being 25 and hungry. How about you?

R.S.: I feel like I’m singing much better now. I’m every bit as prolific and as passionate about songwriting, so that hasn’t changed. My main problem is trying to get in shape at my age is harder to do. I’m constantly battling with fluctuating weight loss and gain and I have trouble with my feet these days, too. Which sucks.

J.P.: You were 16 when you performed your first gig at a bar, the Lion’s Tavern. You were doing covers—a kid singing for strangers. Do you still remember that gig well? Who were you at the time? Terrified boy? Confident blooming man? Do you recall the songs you played? The audience reaction?

R.S.: I was 17 actually, but yeah, I was pretty nervous. My big brother Don set up an audition for me which I passed. Then we had to get permission from the Ontario government because I wasn’t old enough to be in a bar. But, yes, I remember that gig very well. My parents and grandparents all came out and a few friends, too. So they were all cheering me on in the front row.

I played a lot of songs by artists you’d expect—Neil Diamond, Buddy Holly, the Beatles, Simon and Garfunkel, Lightfoot and Dylan. In terms of the audience reaction, I think because I was so young and enthusiastic I started to pack them in by my second weekend there and would go on packing them in for quite a few years. It was a great learning experience and I’d never felt popular before so that was nice. 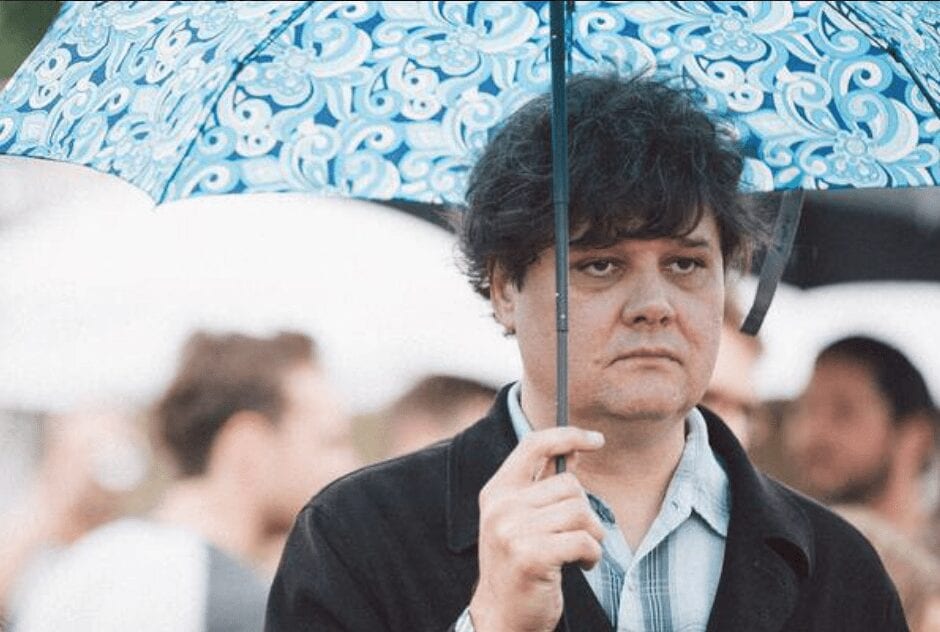 J.P.: You did an interview last year where, when asked about being a terrific songwriter, you replied, “I think it was a nice way of saying that I wasn’t very commercially successful.” And that sounds sorta pained. Is it?

R.S.: Well, I think you mean when they call me the “songwriters’ songwriter.” That’s when all these way more successful songwriters are saying nice things about you, yet most people haven’t even heard of you. It’s just a kind way of saying that you’re doing good work and that people should check you out. That’s all I meant.

J.P.: What’s the story behind the worst gig you’ve ever played?

R.S.: I’ve probably blocked it out … too many bad gigs to mention.

• My kids and I think there needs to be a band named “Asthmatic Cat.” You down with that?: Are you sure there isn’t one? [Writer’s note: Dammit—there is]

• This is my all-time favorite song. What do you think?: Cool! Always liked Blind Melon.

• How do you feel about the Rock n Roll Hall of Fame?: It seems very political and I feel there’s been a lot of snobbery in terms of who gets in. But sometimes they get it right.

• Three memories from your first-ever date: A girl in my grade 4 class tried to teach me how to skate on my back pond. I remember her saying “I won’t let you fall.”

• What’s the greatest song ever written—in your opinion?: There’s a song called “Fallen” from my Blue Boy album that I think is up there.

• Do you think the Yankees should stick with Aaron Boone?: Is that a baseball team?

• What are two non-musical talents you have?: I’m good at cutting the grass with an unpowered mower. And making breakfast.