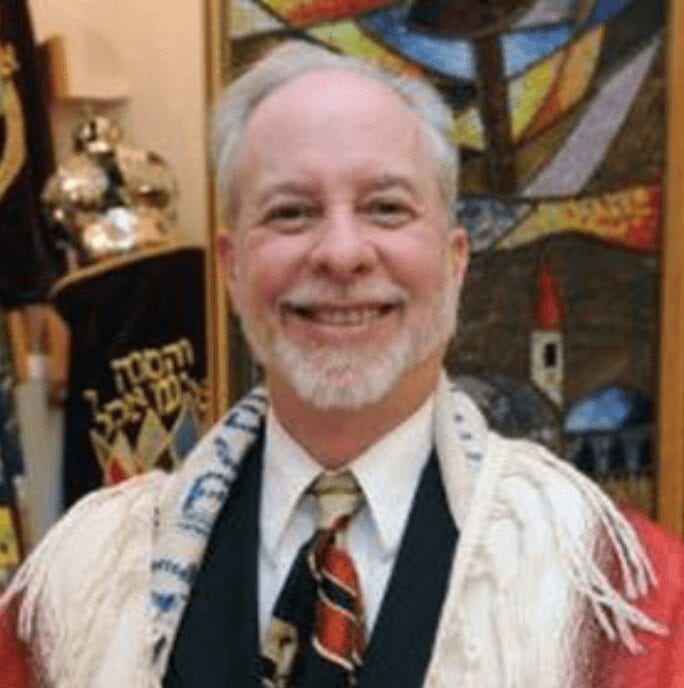 The above photograph features Jeffrey Myers, the rabbi at Pittsburgh’s Tree of Life Synagogue.

I have no reason to think anything negative about Rabbi Myers, whose congregation is in the midst of hell on earth. I am certain he is a good man, a kind man, a big-hearted man. Right now, he is most certainly spiritually wounded after experiencing something none of us should ever go through.

That said, Rabbi Jeffrey Myers is being played.

In a few hours, Donald Trump is scheduled to appear in Pittsburgh to help “comfort” people who went through the shooting. He is doing what the vast majority of presidents are expected to do in the aftermath of tragedy. Namely, be big. Be bold. Be compassionate.

And yet, Donald Trump isn’t big, bold and compassionate. He’s little, petty, ugly, vile. Why, just today he announced his desire to overturn the fourteenth amendment of the United States Constitution, which promises citizenship to those born on American soil. Why, just yesterday he announced that thousands of American soldiers are being sent to the border for purely partisan, xenophobic reasons.

And, of course, during the election (and aftermath) he dog whistled anti-Semitic tunes left and right, from Tweeting out this image to defending Nazis and white supremacists to waffling when it came to denouncing David Duke.

All of this is why the vast majority of Jewish Pittsburgh has rejected Trump’s visit; has urged him to stay in Washington. Yet Rabbi Myers—good-intentioned, no doubt—has said that he opens his doors to Trump. “The president of the United States is always welcome,” Myers told CNN. “I’m a citizen. He’s my president. He is certainly welcome.”

In 2018, we have a president who peddles hate and fear. He has made it the engine of his operation; the way of reaching his followers. And while I understand the whole, “Beat hate with love” approach, sometimes we need to beat hate with conviction; beat hate with a principled stand.

This is, for Donald Trump, little more than a photo op. A man who lacks empathy has no empathy.

To give him this opportunity is wrongheaded.

PrevPreviousI am CrazyDana.com. Why? Because my congressman is a joke.
NextThe rankings rise of Alex SmithNext