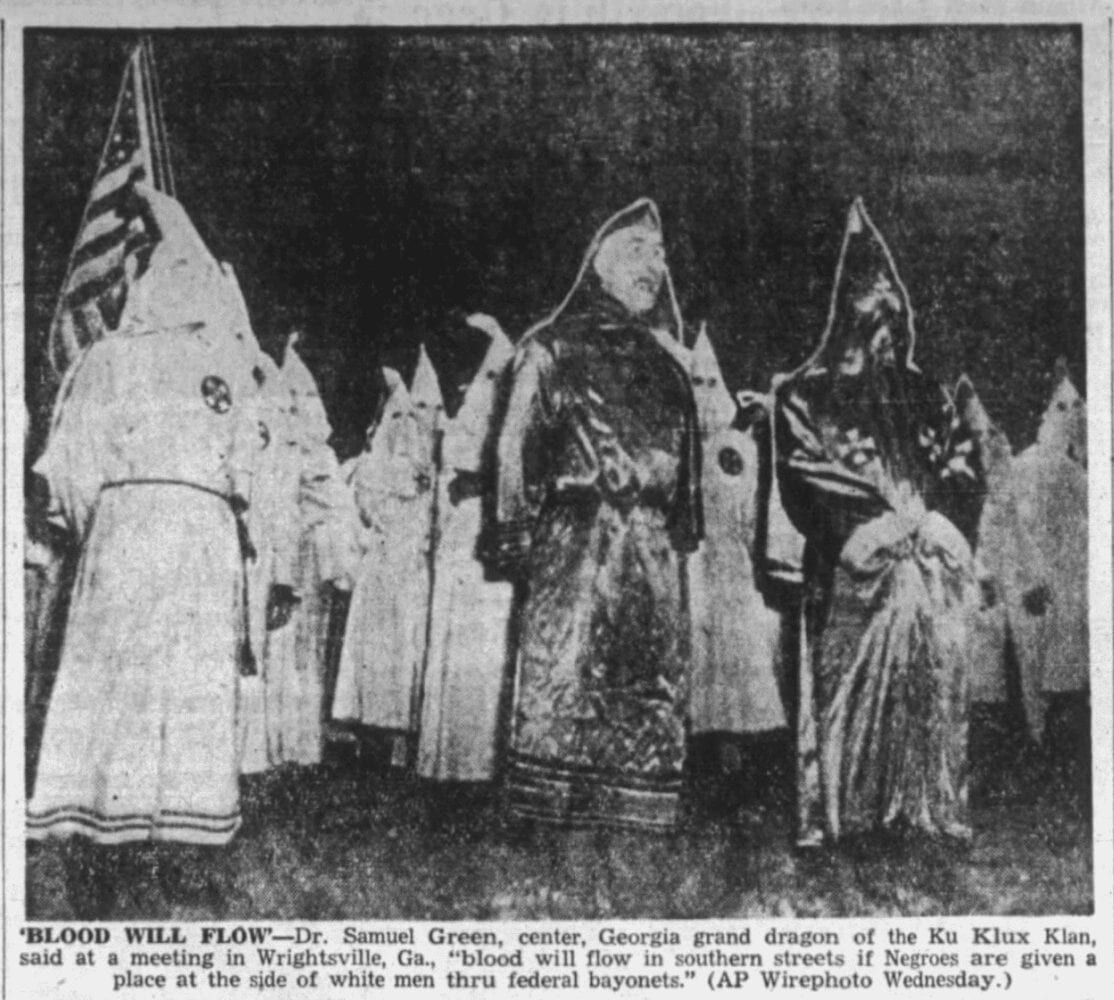 On March 2, 1948, the grand dragon of the Georgia Ku Klux Klan issued a decree to the black inhabitants of Wrightsville, a smallish city of approximately 1,300 residents in Johnson County: Should they exercise their right to vote in an upcoming election, “blood will flow.”

Read an Associated Press from the following morning: “About 400 Negroes are eligible to join 5,200 white persons in Wednesday’s voting in which nomination is tantamount to election in this democratic stronghold of the deep south. Negroes stayed away from the voting booths Wednesday. Officials said 241 Negroes were eligible to vote at pilling places at the county courthouse. None had appeared two hours after polls opened.”

Herschel Walker, the future University of Georgia and professional football star, was 16 years from birth when this occurred. However, his parents—Willis and Christine Walker—were living in town. So were their parents. And, I believe, their parents. They were all there when the KKK did everything it could to suppress black inhabitants from voting. And while I can’t speak for the Walkers, I have to guess they were some mixture of intimidated, scared and horrified. What other reaction would there be to living in a country that works to make sure you can’t have a vote?

I bring this up because it was brought to my attention that Herschel Walker, long retired from the game but still an iconic figure in Georgia, is endorsing Brian Kemp to be the state’s governor.

And I am speechless.

In case you haven’t been paying attention, Kemp—Georgia’s secretary of state—has been giving his all to the voter suppression movement. That’s not hyperbole. That’s not slant. Read here, if you choose. Or here. Or here. Or here. Right now there are two men leading the far-right charge to keep African-Americans and other minorities from casting ballots tomorrow. One is the sinister Kris Kobach of Kansas. The other is Kemp.

There’s actually no debate on this. You won’t hear the GOP arguing that Kemp and Kobach aren’t targeting largely minority-populated areas. No, you’ll just hear the lamest of lame excuses. It’s a budget thing. It’s overkill. Voter fraud needs to be stopped. On and on. But … untrue? No. You won’t get that.

Which leads me back to Walker. Late last night I lambasted Herschel on social media for supporting Kemp. Some took umbrage with that—What the fuck do you know? What are you trying to say? Are you saying Herschel Walker is misinformed? Misguided? Dumb?

Coming from where he comes from, knowing what his family experienced, it makes absolutely no sense to support the man who supporters voter blockage. It’s be akin to me—the Jewish product of Holocaust victims—backing the alt-right movement.

So, yes. I think Herschel Walker is dumb.