There is a song that I’m particularly fond of right now. It’s by the great Royce da 5’9″, and it’s called “Amazing.”

Basically, the theme is that one can be amazing without being, well, amazing. Sure, there’s something special about being a rapper, or a dancer, or an actor. But there’s also something special about merely being special. That sweet smile. The warm touch. Empathy. Compassion. Understanding. Royce is trying to say that we’re all amazing in one way or another, and that the secret is to understand that which makes us unique.

Sometimes this is insanely difficult.

Sometimes, however, it’s quite easy.

As we speak I am sitting in the Florida house of my mother in law, having just celebrated the 99th birthday of Norma Shapiro, my wife’s grandmother and my kids’ great-grandmother. We went to her apartment, then to a restaurant. And while the evening was fairly conventional (nice conversation, lovely meal), Norma is anything but.

First, as I already stated, she’s 99. Or, put, differently, she was born on November 24, 1919. If you’re trying to understand what that means, exactly, here’s the Washington Times front page from the day … 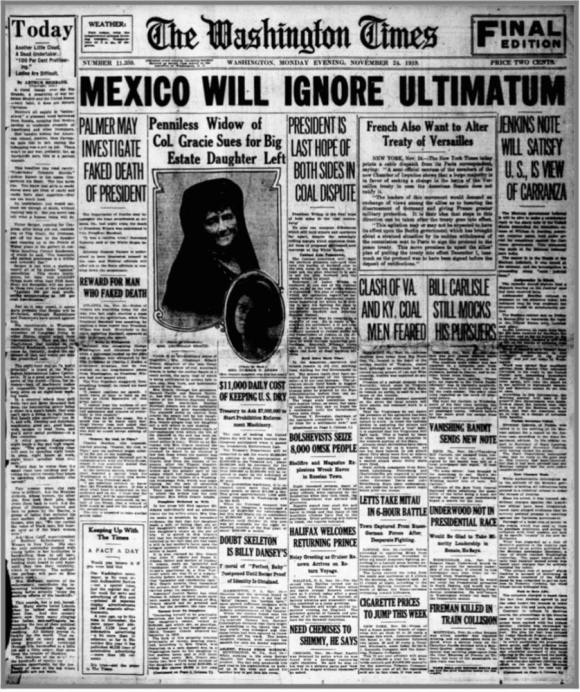 Take a look. A close, close look. The price of cigarettes jumped from 18 cents to 20 cents per pack. A train robber (yes, a train robber) left a note. Oscar Underwood (who was born during the early stages of the Civil War) announced he would not be running for the presidency. The U.S. Treasury was trying to figure out how to implement prohibition. Woodrow Wilson was negotiating a coal dispute.

I mean, that’s a looooooooong time ago.

Second, Norma Shapiro drives. And not just down the road and back. She drives everywhere. Near, far, left, right, up, down. Reasonably well. And while there’s no official statistic at my disposal for this one, I’m pretty sure of all the Americans on the road in 2018, a solid .00000001 percent of them are 99 or older.

Third, she’s with it. Like, really with it. Books, politics, theater, movies. Norma Shapiro knows her shit. And while “knows her shit” isn’t phrasing she’d choose to use, well, she knows her shit. She’s one of the best conversationalists on the planet, and if you don’t believe me check out the Quaz from 3 1/2 years ago, back when she was a young chick of 95.

Fourth, she’s funny. Truly funny. Ask Norma to explain her longevity and she’ll offer up, “I never drank, I never smoked and I’ve only had sex twice.”

Personally, I think there’s a lot more to it. Yes, Norma lives a healthy lifestyle. But when I watch her in action, I see a woman who simply refuses to stop. She refuses to stop driving, to stop walking, to stop exercising, to stop attending plays, to stop reading books, to stop opening her mind. She refuses to slow down or settle or move into an assisted living facility because a calendar says it’s that time. She has faced true tragedy in her life (the loss of a husband, the loss of a son, the passing of an endless number of friends), but somehow carries the pain without being overcome by the pain.

There is only one direction: Forward.

For me, one of the best parts of my 19 years of knowing Norma is watching her embrace her age and, in a sense, aging.

Not all that long ago, it was forbidden to tell anyone when Norma was born. By forbidden, I mean DO IT AND YOU’RE BANISHED FOR LIFE. So, eh, it remained a family secret. Norma was ageless. Maybe 70. Maybe 80. You’ll never know, because no one could say.

Then, a few years back, something changed. A friend leaked Norma’s actual age, and her initial dismay and hurt was quickly replaced by the glee of having people say, “Holy cow! You’re … what?” I mean, Norma hears that sort of thing all the time, and with good reason. She’s doesn’t merely look 75—she acts 75. Or 70. Or 50. So the shock and awe has become part of existence’s bliss. Not merely knowing that she’s beaten the odds, but knowing that other people know she’s beaten the odds.

One reply on “Amazing”