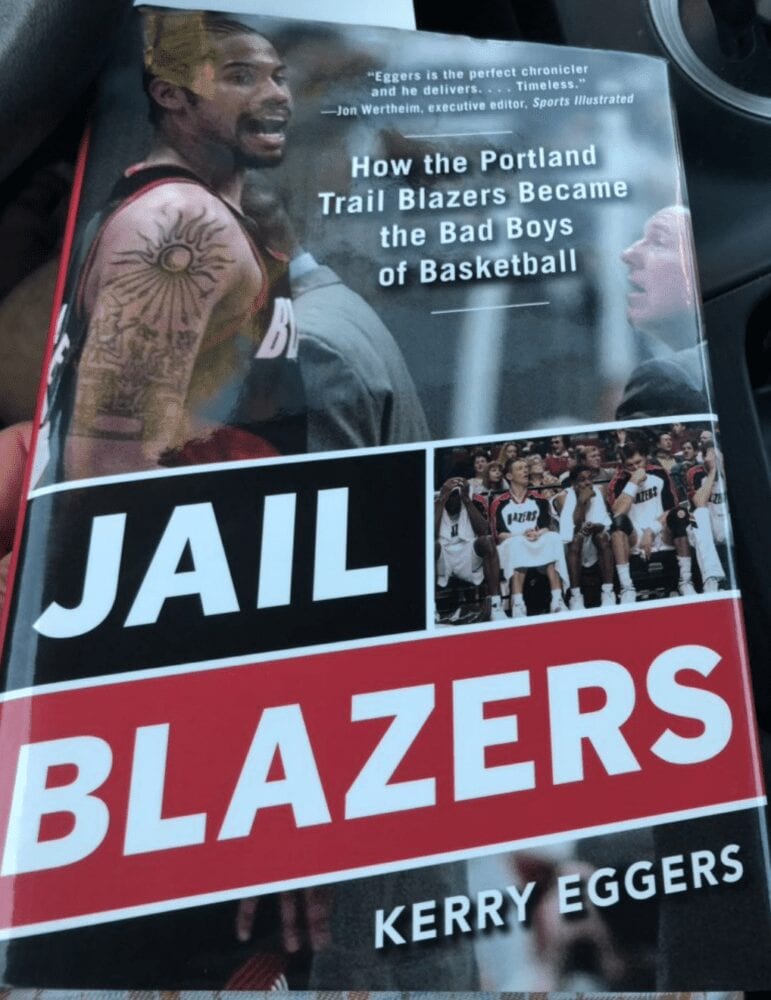 If you pay attention to these things, every year a small handful of sports books generate attention in the genre. For 2018, those releases have been Ian O’Connor’s “Belichick,” Jane Leavy’s “The Big Fella” and Mark Leibovich’s “Big Game.”

And, truly, they’re all worthy. The authors are stars, the research (as expected) is dogged, the pages turn themselves.

That said, my absolute favorite sports book of the year is one you probably haven’t heard of—which is both insane and insanely unfortunate. It’s written by Kerry Eggers, the longtime Portland Tribune scribe, and it’s called “Jail Blazers: How the Portland Trail Blazers Became the Bad Boys of Basketball.”

Because the book was released by the eternally unimpressive and underwhelming Skyhorse Publishing, Inc., the promotional effort has been, well, dog shit. Unless you live in Kerry’s house (or, perhaps, neighborhood), you likely have no idea “Jail Blazers” is out there. Which is shameful, times 1,000, because it’s funny, crazy, wild, majestic and (oh) beautifully written. Eggers is known as a reporter, which means his chops are legit. But what he does here to take the book from good to great is allow these stories to tell themselves. One of the stars of “Jail Blazers,” for example, is J.R. Rider, the batshit crazy guard whose otherworldly talent was overshadowed by unrivaled idiocy.

Just as my USFL book could have been all about the San Antonio Gunslingers, Eggers would not have struggled to milk 1,000 pages just out of Rider’s tardiness, Rider’s rudeness, Rider’s legal struggles, Rider’s allergies to running. There’s never been a player like this guy, and he makes “Jail Blazers” a jaw-dropping experience in and of himself.

Of course, he’s one a dozens of weirdos, ranging from Rasheed Wallace and Gary Trent to Rod Strickland and Dontonio Wingfield. The Trail Blazers of the era were all about drugs, infidelity, indifference, attitude. They were amazing to behold and impossible to ignore.

So is the book.