“I was told to just stand here and smile.” 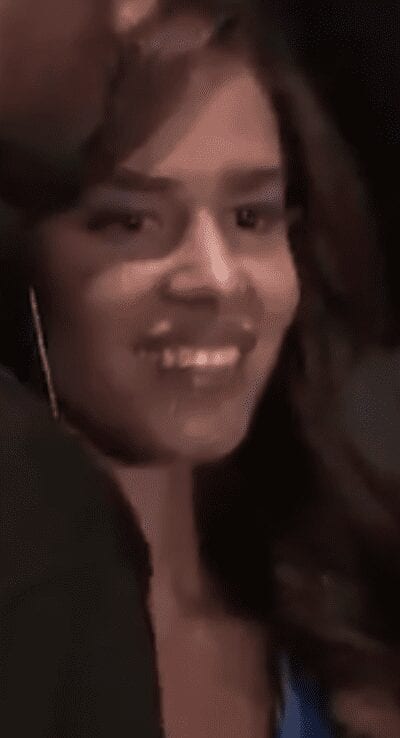 Tina visits jeffpearlman.com to chronicle her experiences from this afternoon’s weigh-in for the Deontay Wilder-Tyson Fury fight …

They called my agency yesterday, asked, “Do you have a pretty young woman who wants to make $100 for 20 minutes of smiling in a revealing bathing suit that accentuates her cleavage?”

Well, I’m a pretty young woman who wanted to make $100 for 20 minutes of smiling in a revealing bathing suit that accentuates my cleavage. So when Mr. Smith asked, I was 100 percent in. He told me it involved boxing and a weigh-in. I asked whether Mike Tyson still fights. He said no. “OK,” I replied. “I’ll do it!”

I arrived an hour early. A man asked if I was excited to stand next to Deontay Wilder and Tyson Fury. I said, “Yes,” mainly because it seemed better than “No” or “Who are those people?” I then went into bathroom, pooped, stood in front of a mirror, perked up my boobs, tried on the bathing suit (I told them I’m an 8. They gave me a 4) and smiled for 45 minutes straight. “Tina, you can do this!” I told myself. “You can smile!”

The event began. Two large men arrived on the stage, surrounded by many other men. It smelled of vinegar, sweat and dog food. At first, it seemed quite fine. I smiled like I’d never smiled before (When I checked Snapchat later on, all my friends DMed OMG! GREAT SMILE!!). I mean, this was an award-winning smile.

The yelling started—and I smiled.

The pushing began—and I smiled.

Someone elbowed my head—and I smiled.

Then, without warning, I was yanked off the stage. “You’re done, honey,” a man said.

I love this job.