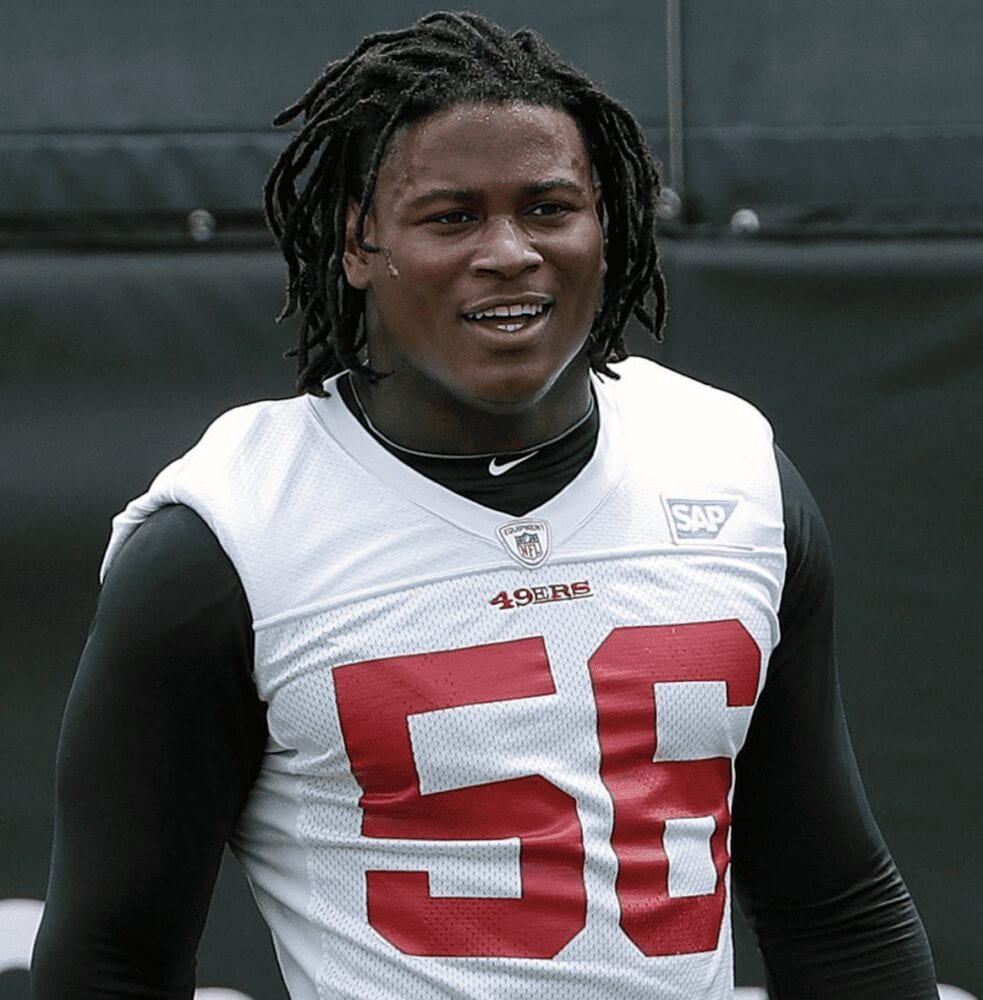 Early this morning a new site asked me to write a piece on Reuben Foster. Then—after I finished it but before I submitted—the editor apologized and said they already had an article. So: 1. Fuck. 2. Here it is …

Two days ago, shortly after he was released by the San Francisco 49ers because of a second arrest involving physically abusive behavior toward a woman, Reuben Foster was claimed off waivers by the Redskins.

Now, there are haters out there on the Interweb who seem to believe adding a linebacker with a specialization in beating up females is somehow yet another black mark on the NFL. They say the league is callous and cold hearted. They say the league has shown minimal compassion and, when it comes to women, is all nonsense bluster.

So, really, what were the Redskins—a team that desperately needs linebacker help—supposed to do?

It’s not every day a Reuben Foster becomes available on the open football market. And, besides, Washington is taking this matter very seriously. Before adding Foster, they took at least seven minutes to debate the matter in a session that certainly involved plenty of men. Doug Williams, the team’s senior vice president of player personnel, said so in an adjective-and-verb-laced 79-word statement, noting that Reuben will have “meetings with counselors associated with the team before he will ever have the opportunity to wear the Burgundy and Gold” and that he “will have to go through numerous steps.”

Step 1: Arrive at the building.

Step 3: Make sure the pants fit.

That’s why, as soon as word leaked that Foster—with the 49ers in Tampa last Saturday night for a game against the Buccaneers—allegedly slapped a phone out of a woman’s hand, pushed her in the chest and slapped her in the face (Police say a 1-inch scratch was observed on her left collarbone), it’s near-certainty that the majority of league execs weren’t thinking “Oh dear” or “Oh my” or “The horror.”

Here was a potential opportunity to add a linebacker in his prime.

Here was an opportunity to win at all costs.

Here was a national champion at Alabama. Here was a difference-maker. Here was a superstar. Here was—according to Foster’s 2017 NFL Draft profile—a man gifted by “alpha mentality with ferocious hitting style.”