My favorite story of the week involved an enraged mother who, five years ago, named her daughter “Abcde,” and is now upset that people make light of it.

In case you missed this: A Texas woman named Traci Redford told ABC News that a Southwest Airlines employee mocked her kid, Abcde, then posted a photo of the tyke’s boarding pass on social media. And while that’s 100 percent not cool, and while Southwest should shit-can the gate agent, and while I hate bullying, and while I’ve never felt Dana Plato got her due, and while the Robinson Cano trade is awful for the Mets, and while Mike Pence looks like he drinks too much cranberry juice …

DON’T NAME YOUR FUCKING KID ABCDE, AND THIS NEVER HAPPENS!!!!!

I mean, seriously. Who named their kid Abcde? Who thinks, “You know, I like Melissa. And Mia is nice. But how about Abcde?” I’ve actually imagined the delivery room dialogue. Traci has given birth, and she and her husband are staring lovingly at this bundle of sunshine.

Jim: “So we’re going to name her Mollie, after your grandmother?”

What is Jim supposed to say at that moment? His wife has just been through hell. She’s battered, exhausted, overwhelmed, emotional, thrilled, crushed, high, low. And, suddenly, she’s staring at your baby, thinking, “Abcde. Yes! Abcde!” 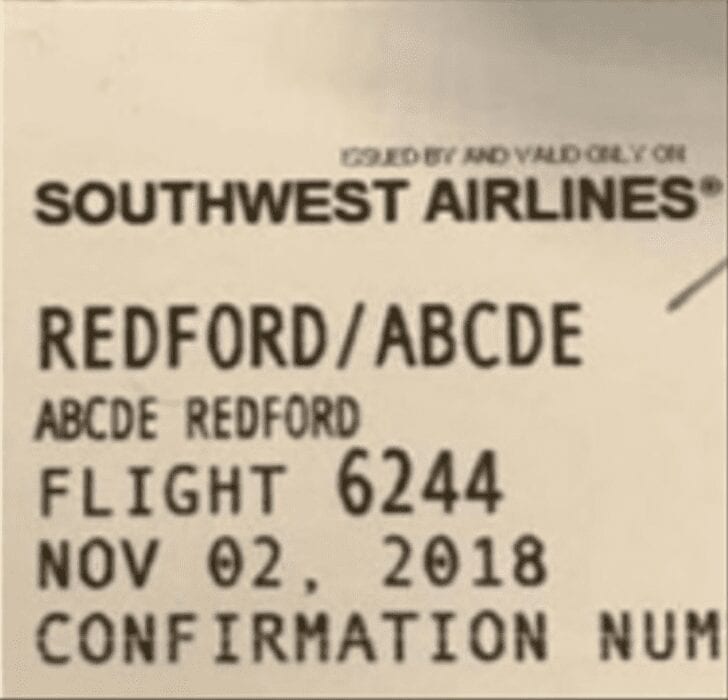 But here’s the thing: Names come attached with ramifications. Why, when the wife was pregnant with our daughter, I started joking that we should name her “Tollbooth.” I was kidding. But as the months passed, I thought it could be sorta cool. We’d call her “Tollie,” which sounds warm and peppy. I dunno, maybe we should …

“No,” the wife said. “We’re not having a child named Tollbooth.”