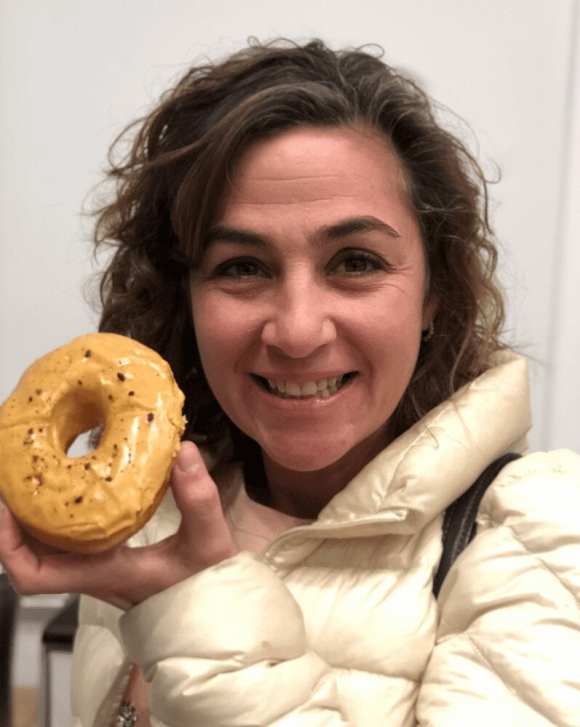 When I was a kid, my mother and I used to take these long, winding walks along the back roads of Mahopac, N.Y. We’d talk and talk and talk. Mom was uniquely open with me, and our conversations veered from probation (she was a probation officer) to dogs (she hated them) to drugs to girls to clothes to … everything. Anything.

During those strolls, I would think to myself, “I don’t know anyone who has a mom like this.”

Back when I was a kid, my father would let me occasionally come to his office. He was the president and CEO of an executive search firm, and I’d watch Dad calling the shots, giving instruction, providing solace, dispensing wisdom. I was wide-eyed and dazzled and proud.

During those days, I would think to myself, “I don’t know anyone who has a dad like this.”

She was the maid of honor. Short. Somewhat nervous looking. She gave a toast, and a colleague standing next to me said, “Hey, she’s cute.”

Although Catherine and I tell people we met at a wedding (it’s easier than unraveling the entire story), it actually took me several months to work up the guts to ask Jon for her number, then call. I was simply too big of a wimp to approach at the event. So, that September, we finally went on a date. It was to a Manhattan-based Spanish restaurant, the now-defunct Ole, and—entering five minutes late on a rainy night—my first words were, “I am so sorry.”

Ups and downs followed. Mostly ups. Our second date was terrible (She insists a dried booger was affixed to my nose for hours). But then I handed her a mixed tape with some Hall & Oates and a Labelle song. We bowled on our fourth date, and gave each other the lane name “Earl” (We still refer to one another as such). She says I took too long to kiss her the first time. I was shy. Ellie told her my wardrobe would improve with time. Eh, wrong. She once gave me boot warmers for Chanukah—I never used them. I once sent her a letter from the road written on an airplane barf bag—that went over quite poorly. She can be stubborn. I often think I’m dying of some rare disease. She’s loud. I’m smelly. She won’t do dishes. I leave my shit everywhere. She initially wanted to name our daughter Mia. I wanted to name her Tollbooth.

This is how life goes when you share it with somebody. Love. Anger. Passion. Indifference. Beauty. Ugliness. Agreements. Disagreements. Stubbornness. Compromise. You see each other at your worst and your best. The performance fades away. You are who you are. No hiding.

And here’s the thing …

I don’t know a better person than Catherine Pearlman. That sounds convenient; something nice to say on a spouse’s 47th birthday. But I’m being sincere—I truly don’t know a better person than Catherine Pearlman. She cares about others more than she cares about herself. She wants people around—to talk, to laugh, to share ideas. She sees folks struggling … and it genuinely hurts her. She’s charitable, she’s compassionate, she’s open-minded, she’s generous, she cooks for the world. She’s the most outstanding mother I’ve ever witnessed, and as competent a person as walks the planet.

I feel like, quite often, wed couples begin to take one another for granted. Or maybe they just get bored. Same face, same phrases, same smells and motions. That sorta thing.

But through 16 years of marriage, I still wake up every morning excited to see her face and hear about her plans for the day. I like bringing her home a big fucking iced tea after dropping off the kids at school. I love finding a TV show to share. I love splitting a can of seltzer. I love hearing her laugh from another room.

In short, I regularly think to myself, “I don’t know anyone who has a wife like this.”