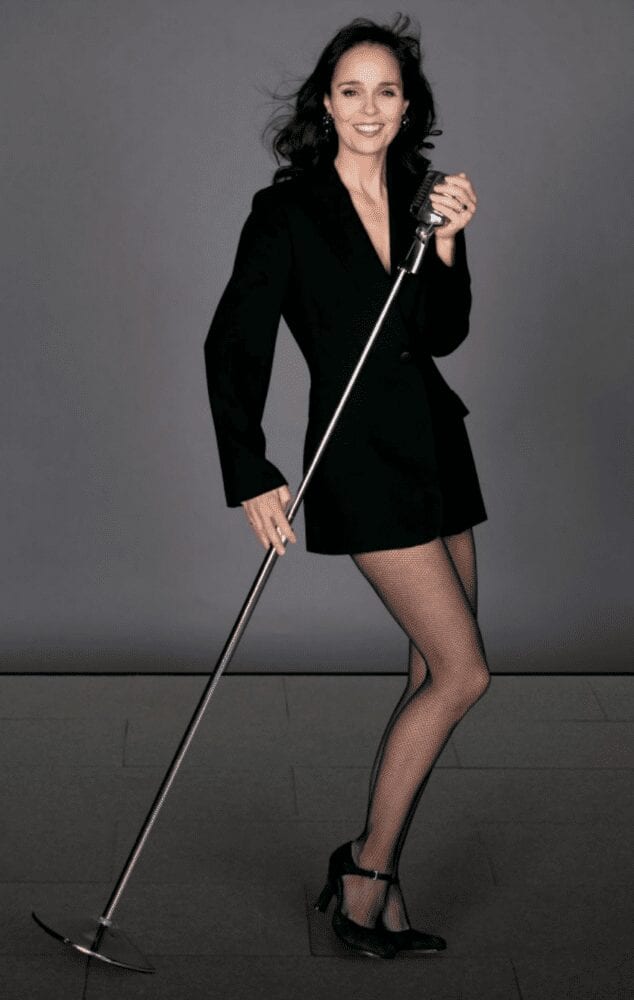 Here’s the magic of the Internet is one big gulp of a weekly Quaz introduction. 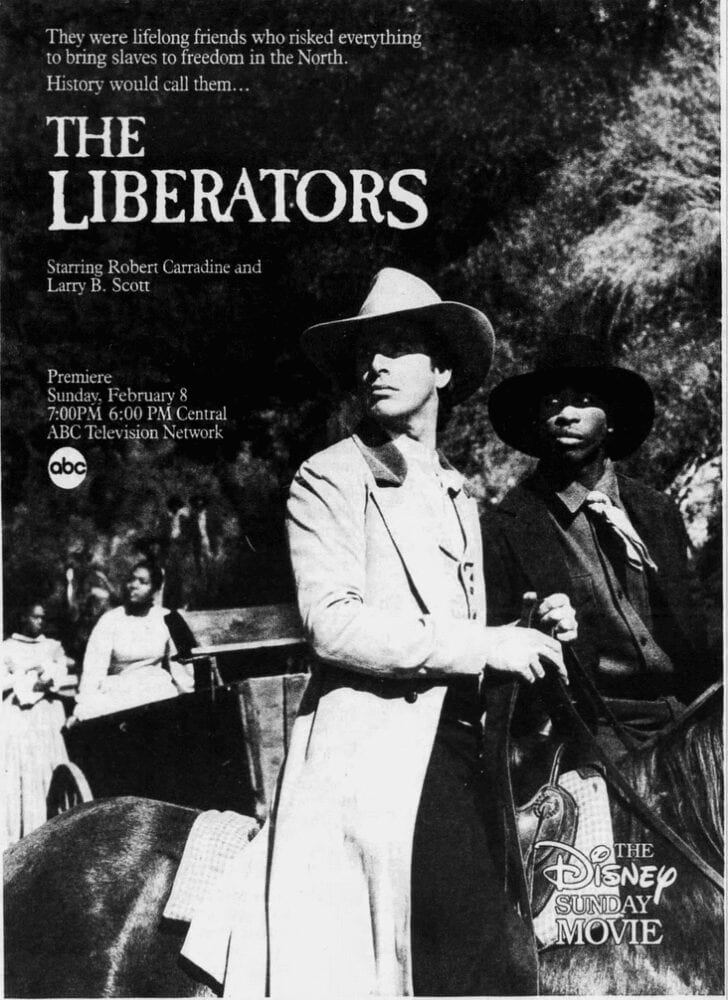 It was a made-for-TV Disney ditty called “The Liberators,” and it told the story of these guys (one black, one white) who liberate slaves. The white guy falls in love with a slave, and the whole two-hour saga tells the squeaky-clean-for-squeaky-clean-eyes story of love and heroism and … and … and …

I absolutely loved it.

Anyhow, time passes. Days turn into weeks and weeks turn into years. You forget about the flick you dug as a kid until, one day, you somehow stumble upon it. Then you plug it into IMDB. Then you think, “Hmm … I’d sure like to ask one of the stars about the experience.” Then you find an actress named Cynthia Dale on Twitter. Then you go to her website. Then she says, “Sure, I’ll answer your questions.” And she’s awesome and accomplished and amazing.

And here we are—with the new Quaz Q&A …

JEFF PEARLMAN: OK, Cynthia—It’s 1987. I’m 14, living in my small, conservative town of Mahopac, N.Y. And this made-for-TV Disney flick called “The Liberators” comes on. I’m friggin’ mesmerized—all I want to do is help free the slaves and jail the awful white people. On and on. I loved that film. And you: A. Starred in it as “Elizabeth,” the freed slave and B. Probably remember almost nothing about it. So, eh, what do you remember about it? Anything?

CYNTHIA DALE: I actually remember a lot from it—some good, some bad.

I love doing period films, so the costumes and sets and all that were fabulous. As was the cast. But in the white water rafting scenes I had to wear a wet suit under my period costume of huge hoop skirt and heavy wool dress and hat so I remember feeling like I was almost going to drown trying to get out of the water. It was scary—very, very scary. They were unprepared for the realities of shooting the scene the way they wanted, I believe.

Also, not to be a huge downer but a cast member did die on that set. He had an asthma attack because of the cold weather and shooting conditions and then sat in a honey wagon without a proper amount of oxygen in it. Soooo yeah, mixed feelings about a lot of that experience.

J.P.: So you’ve been in a gazillion shows, movies, plays, musicals. I mean, a countless number of projects. And I wonder—is this the career you aspired to? Like, when one enters the profession, is the dream to have a Streep, a Denzel type of career? Or is it to do a shitload of different projects and taste a little bit of everything?

C.D.: Yes, this is absolutely the career I aspired to. I started in show business when I was 5, and I guess at some point as a teenager or young adult I made a commitment to this as a profession for life. I am a musical theatre performer through and through which means I work at acting, singing and dancing all at the same level.

I briefly toyed with working and staying in the states at some point in my life, but I am also a Canadian through and through and felt more happy and fulfilled here.

J.P.: You spent six years playing the character of “Olivia Novak” on the TV series “Street Legal.” Then, according to an article I read, you sought to escape that genre of role, for fear of being typecast. Now you’re back taping new episodes of the show, as “Olivia Novak.” How did that happen? And why?

C.D.: Actually, I don’t ever reeeeally remember feeling typecast as Olivia, and I only stopped doing her because the show was eventually cancelled. I’ve spent the last 27 years doing mainly theatre and playing characters nothing like her so when CBC did ask me to bring her back (after getting my jaw up off the floor) I realized she was probably still somewhere in my DNA and that it could be great. Last month we finished filming six episodes with mainly an entire new cast. The new show is completely different in tone and texture from the old one. Completely!

J.P.: In 1987 you played “Sheila” in Moonstruck. And I wonder—as you’re working on the film, did you know it was great? Is that how it works? Or does a project need to be completed before you truly have an idea?

C.D.: I spent only one day filming “Moonstruck,” but I knew it was going to be special because of the cast and crew. John Mahoney was an absolute prince and so was Norman Jewison. I was, believe it or not, completely head over heels and excited that I was working with David Watkins, who was also the director of photography of “Chariots of Fire” and “Out of Africa.” I was a huge fan of his and I remember sitting with him at the lunch break and just asking questions and listening to his stories. I also remember that the Academy Award nominations were announced the day I was on set and he was nominated for “Out of Africa.” It made for a huge celebratory day.

J.P.: Your first credited role, according to IMDB, was playing “Patty” in the 1981 film, “My Bloody Valentine.” How did you land the role? What do you recall from the experience?

C.D.: IMDB is odd, in that it doesn’t actually take into account a lot of your career. Anyhoo—”My Bloody Valentine” … I remember we shot often in an actual mine underneath the ocean out in SydneyMines Nova Scotia. It was terrifying going down in the cage everyday. And we came up with our nostrils black from breathing the air down there.

I also got fat. I ate a lot of comfort food on set, probably out of fear. But it was a big cast that all had a blast working together. 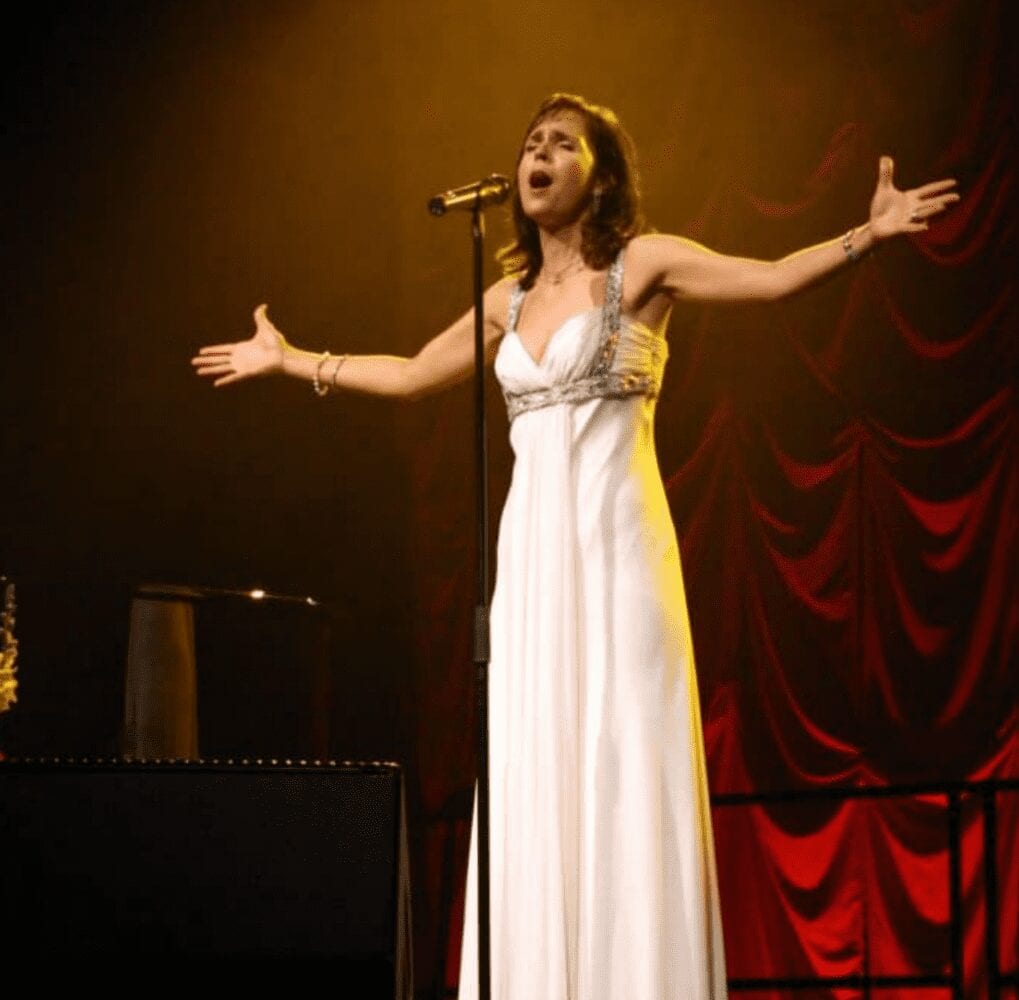 J.P.: Why acting? Was there a childhood directive? Was there a moment when you knew, “This is for me”? A lightbulb? An ah-ha! Experience? I mean, I know you made your debut in a Royal Alex production of Finian’s Rainbow when you were 5. But … how did this happen?

C.D.: I have worked all of my life in show business. As a child I was out of school more than I was in, and I was kicked out of classes by teachers who thought I shouldn’t pass because I wasn’t there enough. I was bullied by kids in grade school because I was different and they could see me on TV after-school commercials or in TV shows.

I just think I must have been born knowing that this was what I wanted to do.

J.P.: In a 1989 interview with the Edmonton Journal you said, “As an actress you so rarely have control over your life let along your life in the business.” What did you mean by that? And does that change as one gets older? More experienced?

C.D.: As an actor most of the time in your career you have no control. you spend your life auditioning trying to get a job.

Maybe that’s why i recorded and produced three CDs, or did one-woman shows and concerts or am on as a producer of “Street Legal” this year. In some small way you want to be a part of the decision making process.

And yup, I’m lucky. I have been able to sometimes have a say in who I work with and when I work.

J.P.: When you play a character for as long as you played Olivia Novak, and when that character is sort of known as a “bitch-goddess” (in the words of Richard Ouzoinian of the Toronto Star) is it at all hard for people to separate you from the character? Like, in the real world, do folks have assumptions of what you’re like based on characters?

C.D.: I think people are smart and savvy enough to know when people are acting and that most actors are not only like the characters they play. None of the theatre work I did for 13 seasons at The Stratford Festival was at all like Olivia, so people saw me play completely different characters to what they saw on “Street Legal.”

It will be very interesting to see what the reaction is to Olivia when she comes back in March.

J.P.: I’ve never asked this of anyone, but what’s it like acting alongside someone you just do not like. Detest. Hate. Is it hard to get past that? To set such emotions aside? Can it ruin a show?

C.D.: I have never worked with anyone I hated, thank gawd. But I have certainly had to be ‘in love’ with people I was not remotely attracted to in any way. it’s difficult and can be reeeeally challenging. I guess you do a lot of ‘endowing’ and just act like you love them.

J.P.: What’s the biggest regret of your career? Is there a gig, when you look back, you think, “Eh, I probably should have skipped that one?” Does it work that way in your mind?

C.D.: I don’t have huge career regrets. Sure there were gigs that aren’t in the top 10 in my heart. But still, I feel unbelievably lucky to have done all that I have done. I really, really do!

• The world needs to know–what was it like working alongside Betty Buckley in “Babycakes”?:  don’t remember working with Betty. Most of my scenes were with Ricki and Craig. I think (evidently my brain is old, and my memory needs some work!)

• Can you tell us five things about your dad?: He was Italian, he was a championship golfer, he was an amazing card player, he had a huge heart, he died 20 years ago.

• One question you would ask Peabo Bryson were he here right now: “Peabo, you’ve sang a duet with so many other women, would you sing one with me?”

• Most people seem to think the Giants should have drafted a quarterback with the No. 2 overall pick. What says Cynthia Dale?: Currently (going into week 15) Saquon Barkley is third in the league in rushing yards, so i would say that that was the right pick. The Giants offense going forward will have two of the most explosive playmakers in the NFL, in OBJ and Barkley. Their quarterback problem could easily be remedied this spring, either through the draft (Justin Herbert?), free agency (Teddy Bridgewater?), or via trade (Derrick Carr?) .The real problem however is their offensive line, as problems will continue regardless who is at quarterback if they cannot get some protection. With Baker Mayfield off the board already. Saquon was the best offensive player available. Aside from Mayfield, have any of the other quarterbacks from the 2017 draft shown really anything aside from flashes here and there? Saquon was the best pick for the Giants.

• If you could save time in a bottle, what’s the first thing you’d like to do?: The first and only thing I would do is what every mom would do—save every moment with her boy.