The passing of Mean Gene 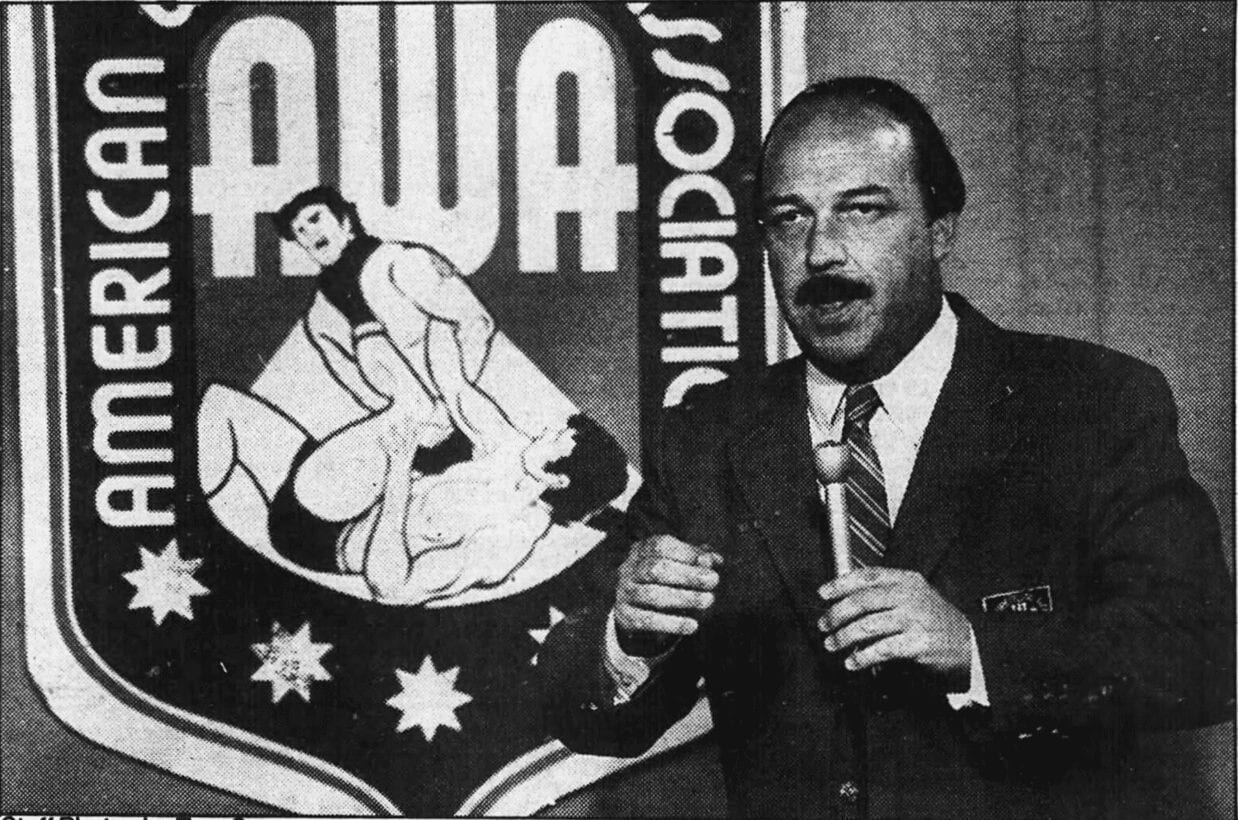 In case you missed this, “Mean” Gene Okerlund died yesterday. He was just 76.

For those of us who grew up in the 1980s, watching the then-WWF (World Wresling Federation), Okerlund was the nerdy-yet-well-intended announcer who stood by and interviewed the stars as they expressed their hatred for one another. You’d sit and watch Okerlund hold the mic toward the mouths of Hulk Hogan, Roddy Piper, Macho Man, Super Fly … on and on. We all thought what we were witnessing was real, and that Mean Gene—balding, small, never timid—was truly interviewing these people. He was the fly on the wall. There but not there. Questioning and receiving. You can’t be a child and appreciate such an entity, because the bright colors and wild antics distract you.

When, in fact, he was the greatest performer of all.

As Mike Kaszuba wrote in a riveting profile for the Aug. 26, 1982 Minneapolis Star Tribune: “In his other life, Okerlund is a mild mannered 39-year-old advertising executive in Minneapolis. He wears monogrammed shirts. His teen-age son, Todd, was drafted in June by the Stanley Cup-champion New York Islanders. His wife, Jeannie, never has been to a wrestling match and talks as if she wouldn’t mind if she never goes to one. His other teen-age son, Tor, says the kids at school think what his dad does is pretty cool. Okerlund occasionally helps NV Advertising Associates Inc., the advertising firm he owns a third of, by appearing in commercials. He can still be seen on TV as the Hoky Hero, advertising a floor and carpet cleaner.”

Put differently, Okerlund was your average Midwestern guy thrust into the weirdest and coolest of roles. As you can see by perusing Twitter today, he was beloved by the heroes, the goats, the villains, the champions. They loved his demeanor, his levelheadedness, his ability to stand still and own the shot without stealing the shot.

Okerlund wasn’t a journalist, or even a pretend journalist, but he exemplified what we’re actually supposed to be (and too often are not). Namely, witnesses to the story without becoming the story.

He could have easily tried to present himself as a Skip Bayless or Stephen A. Smith—egging the wrestlers on; attempting to build his brand; seeking more and more of the spotlight as his years mounted and his Q factor grew.

But that wasn’t his gig.

Gene Okerlund was the straight man.

Maybe the best straight man ever.