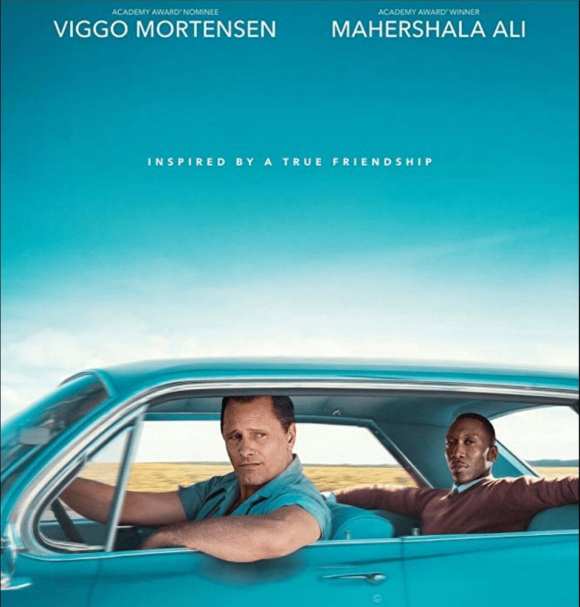 There, I said it. I liked “Green Book.” I saw it with the wife a couple of months ago, and we both agreed it was a quality film. In fact, I just intentionally couched that language, so lemme write some of that again. I LOVED “Green Book.” Loved. I thought the acting was top shelf (special nod to Linda Cardellini). I thought the costumes, the design were exemplary. And, honestly, I dug the narrative. Did it cross my mind that this was, ultimately, yet another story of a white guy [saving/teaching/uplifting] a black person? Yes. But for two hours, I somewhat set that aside to eat popcorn and pass a rainy Southern California day with a movie.

Then, the film ended.

First thing I did (as I usually do) is Google the story. And that’s when it all started getting murky. I’m OK with movies taking liberties. But, man, this movie took l-i-b-e-r-t-i-e-s. One after another after another after another. The relationship between the two men: Exaggerated, times 1,000. The relationship Don Shirley had with his family: Created. The role of the Green Book: Unexplained, times 1,000,000. I can go on and on and on, but—and maybe this is the journalist in me speaking—I can’t really digest directors and producers setting aside a true story to tell a true story. I have similar issues with “Bohemian Rhapsody,” which mixed and matched all sorts of facts in order to make Queen’s Live Aid gig seem to be this culmination of all sorts of circumstances that, eh, weren’t actually circumstances (Spoiler: Freddie Mercury wasn’t diagnosed with AIDS until two years after the show).

It all reminds me of what goes down as perhaps my all-time, all-time, all-time least-favorite flick, the brutal-beyond-brutal offering that was, “We Are Marshall.” That film tells the story of the Marshall University football team plane crash, and spares no expense to get everything incorrect. It’s an ode to fabricated bullshit, and were I a family member of a deceased player, I’d be livid over the taking of a legitimately heartbreaking story and turning it into nonsense.

And, really, that’s the problem with “Green Book.” It is a beautiful film. It is beautifully acted. It will make white people feel good about the bonds of friendship and giving your black co-worker a pound at the office coffee machine.

But it’s fabricated nonsense, heavily sanitized to manipulate the emotions of people …

My sentiments almost exactly. I enjoyed it, but the more I thought about it, the less I appreciated it.

Hollywood producers are in the business of making money. If they have to gin up a story to sell a movie, it’s no big deal to them.

Isn’t just about every true story picture ginned up. You have 2 hours to tell a story. I saw the Bias of Sex about Ruth Bader Ginsburg. I thought it was an excellent movie. However even that film took some liberties. They weren’t bad but it added nothing to the drama and there was no reason to change some facts. For example when Ginsburg goes before the court she hits the microphone as she begins to speak. It never happened. There was no reason to do that except for adding some drama. As Jeff said Bohemian Rhapsody was full of inaccuracies. A reviewer who was well versed on Queen. He put it on his worst movie list.

FYI, the old movie “Brians Song” is mostly BS too! My Dad was friends with Brian Piccalo, and was around him a lot when Brian got sick. The Bears didn’t want to do ANYTHING for Piccalo. My Dad cant even watch that movie, because the discrepancies for the sake of selling the story just piss him off!

Hollywood has a long history of this – my own favorite example is Braveheart, which had William Wallace impregnating a woman who wasn’t even born when he died, and the Battle of Beruna Bridge with no bridge. The only difference now is that the public is starting to call Hollywood out on it.