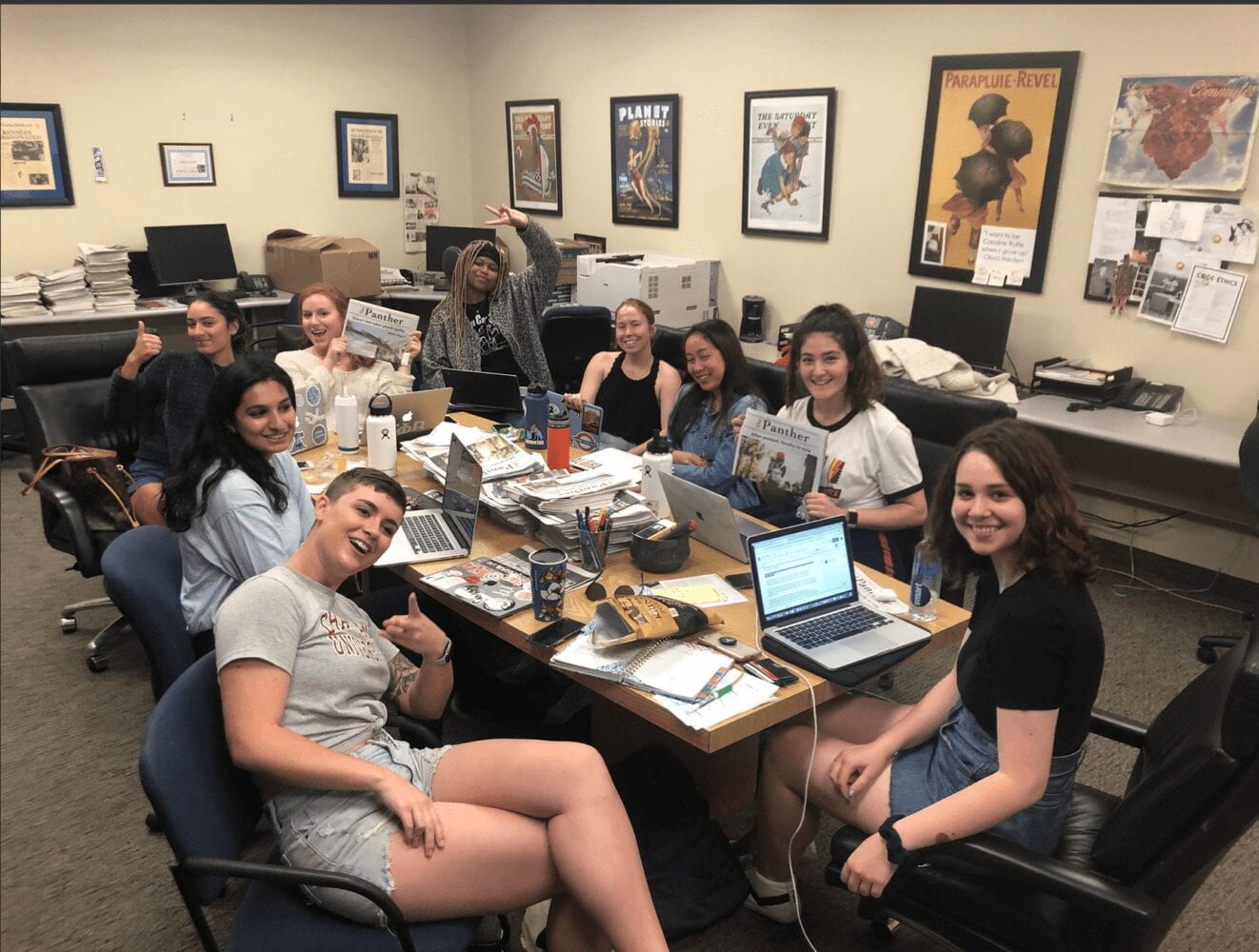 So I’m an adjunct professor out here at Chapman University, and on the side I serve as an adviser to The Panther, the weekly student newspaper. This is my second year on the job.

Now, I last served as a college newspaper adviser back in 2013, and, well, it didn’t end so well. I was living in New York, teaching at Manhattanville College, helping revive a publication that barely existed. I landed several staff members pretty sweet internships, stayed until the wee hours on layout nights to guide and assist … then got unceremoniously dumped when the school administration didn’t like criticism. Here’s the full blog post. It was an awful experience.

This, however, is anything but awful. The staff is small and (interestingly) all women. They bust tail, write really well, edit their asses off. The growth throughout the semester has been remarkable—and it comes with almost no glory and endless negative online comments. There are deans who refuse to engage, professors who slam, students who mock. But The Panther keeps rolling. This week’s issue, which you can read here, absolutely soars.

Around this time of year, I actually get a bit sad. Summer’s coming, and graduation comes with that. Several staffers are leaving—including Rebeccah Glaser, the editor in chief and one of the most talented young scribes I’ve worked with. The Wednesday ritual is quite comfortable. Come noon I open the office door, peek in, see what’s what. What basketball game is Mimi watching on her phone? What movie has Olivia seen? Is Kate engaged with readers online? What’s Maura opining on? Does Lou have something profound that needs to be said? Does Jasmin? Is there a pop culture reference I won’t get? An issue I don’t understand? On and on.

It’s the sort of shit that, as I age, keeps me fresh and engaged.

It’s the sort of shit I love.