The chickens fly the coop 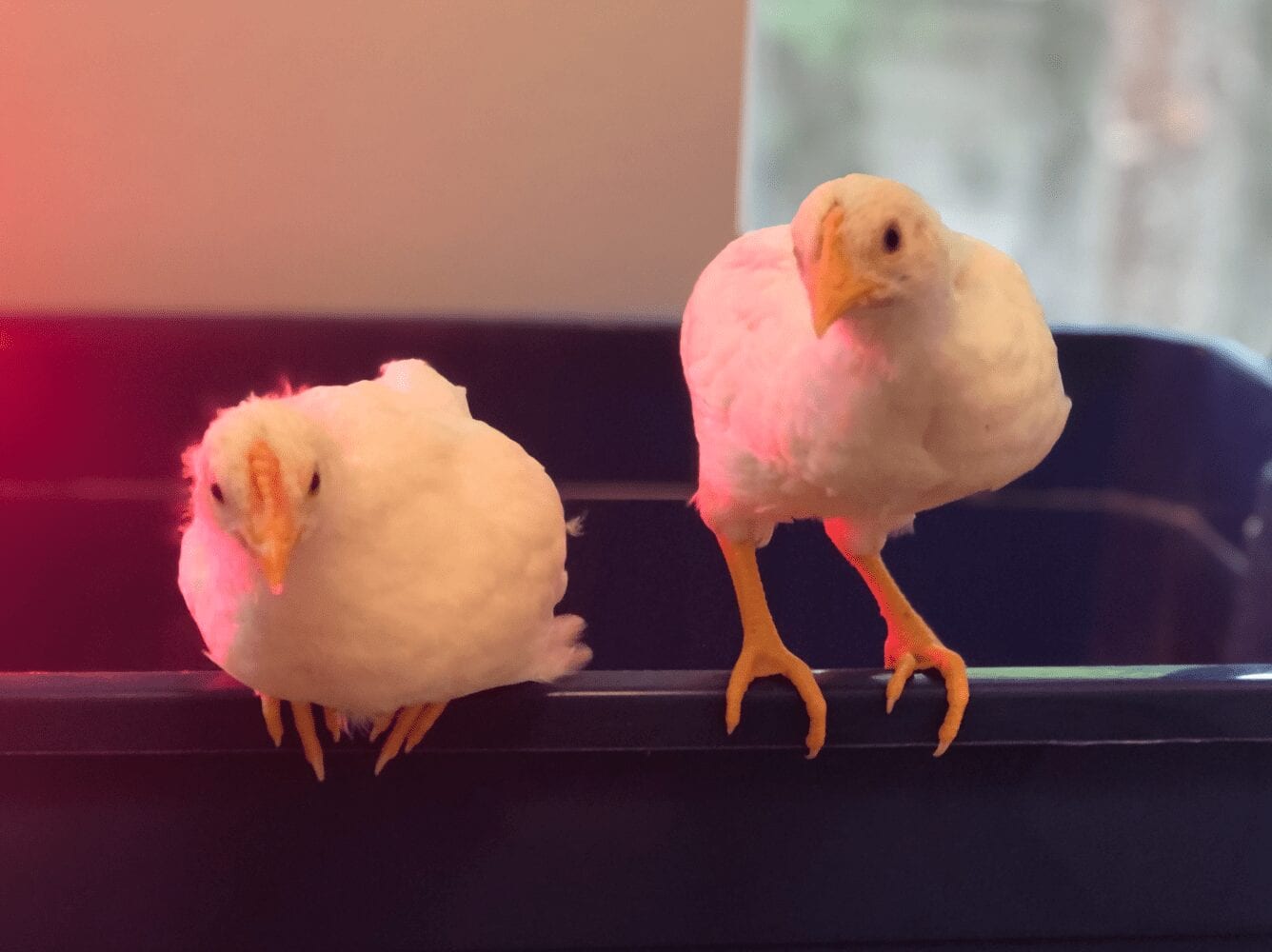 For the past month, we had two chickens living with us.

They’re pictured above. Gwendolyn is on the left, Spitzy is on the right. They’re gone now, back to the store that—four weeks ago—provided us with nine eggs to bring home and hatch. It was a birthday present to our son Emmett—you watch the chickens come to life, you raise them beneath a heat lamp in a bin, you enjoy them, then you return them and they’re (the store swears) given to someone who wants to raise—not eat—chickens.

I was down with the idea, and for the first 2 1/2 weeks the two chicks who hatched sorta existed, but not in any real way. The wife took the lead in cleaning their bin, refilling the water, etc. So, basically, I’d say, “Hi chickens” when I entered, “Goodbye chickens” when I left, and little more. They were here, in the way a chirping lamp might be here. Present, but blah.

And … well, dammit. I fucking fell in love with them. While my two relatives were off doing the Jewish thing, Gwendolyn (named by Casey) began to fly. You’d put her down, she’d lean in, start flapping her wings, then—up, up, up, up. Sptizy is a bit smaller, so her efforts were sorta sad. Flap, flap, up—hard down. Until she departed, I’d been listening to the wife chat with the chickens, finding it preposterous and most odd. “Hello, Spitzy! Who’s a good chicken?”

But then, eh … ah … mmm … I was talking to the chickens. “What up, birds?” and “You feel like flying, Gwendolyn?” It was offputting, but the chickens felt sympathetic and attentive. In fact, it’s more than that. Last week a very good friend of mine passed, and I was—genuinely—crushed. I honestly think I put a lot of that pain into the chickens. They were eager and bright and optimistic. I needed that. I needed the chickens.

Anyhow, this morning was a sad one, because the chickens needed to depart. We discussed keeping them, but: A. We have coyotes all over the place; B. Chickens shit a lot; C. There’s a 70 percent chance Gwendolyn is a male, which would mean 6 am wakeup calls for the Pearlmans and all the neighbors. So, the wife loaded them into the car, and I bid a fond—yet crushing—farewell.

KFC will never look quite the same.

(But it sure is yummy)