I wanted Yinka Dare to be amazing 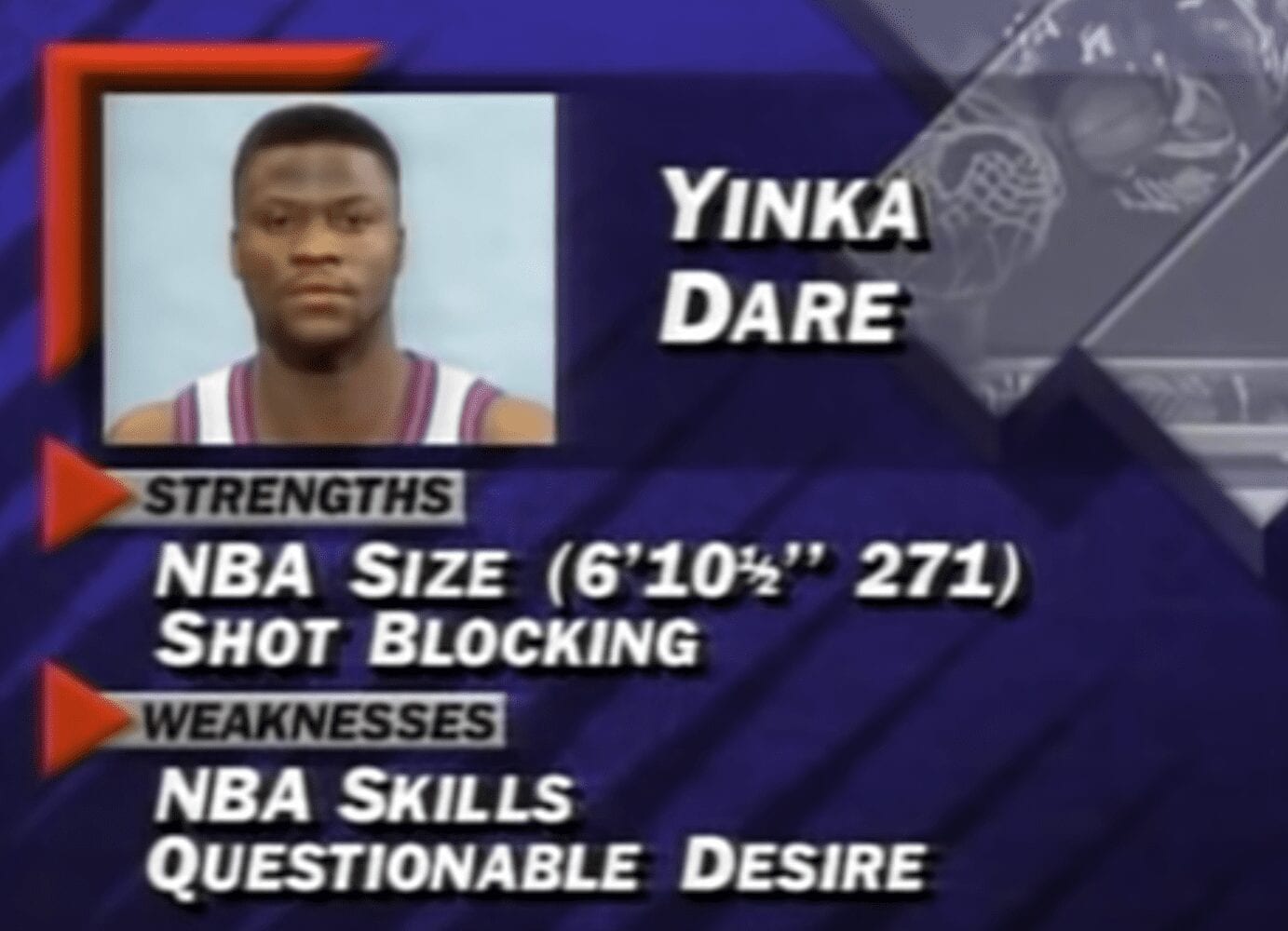 Of all the players I’ve wanted to become amazing, none have ever matched Yinka Dare.

The New Jersey Nets selected him with the 14th overall pick in the first round of the 1994 Draft, and it made no sense whatsoever. Dare had only played five years of organized basketball. Dare was a standout at George Washington, but a lot of guys are standouts at George Washington. Dare had a low basketball IQ. Dare wasn’t all that athletic. Dare didn’t work particularly hard. Dare was unjustifiably confident.

Worst of all (and this is really awful), the Nets hadn’t even worked him out. Like, not once. Admittedly, the 1994 Draft was v-e-r-y top heavy (Glenn Robinson, Jason Kidd and Grant Hill were the first three picks). Then—save for Juwan Howard, Brian Grant, Eddie Jones, Jalen Rose, Eric Piatkowski and Aaron McKie—it was an apple pie of awfulness. So perhaps the Nets were merely overwhelmed by all the people they might be in contention to grab, and grew fatigued after inviting in B.J. Tyler and Cliff Rozier and Khalid Reeves and Carlos Rogers to the facility.

Still, I’ll never understand Willis Reed, the New Jersey GM, going out on a limb, ignoring his basketball people and selecting a man he’d never observed. It was weird then and it’s even weirder now, 25 years after the selection and, sadly, 15 years after his death.

Dare lasted four seasons in New Jersey. Butch Beard, the team’s coach at the time, once uttered this: ”He is quick off his feet, a little bit like Hakeem Olajuwon.” The take didn’t age well. Dare’s stats, eh … not good.

But, if nothing else, he owns a legacy moment. This, from a book written long ago by Jayson Williams, the Nets’ best player …