A sphincter says what? 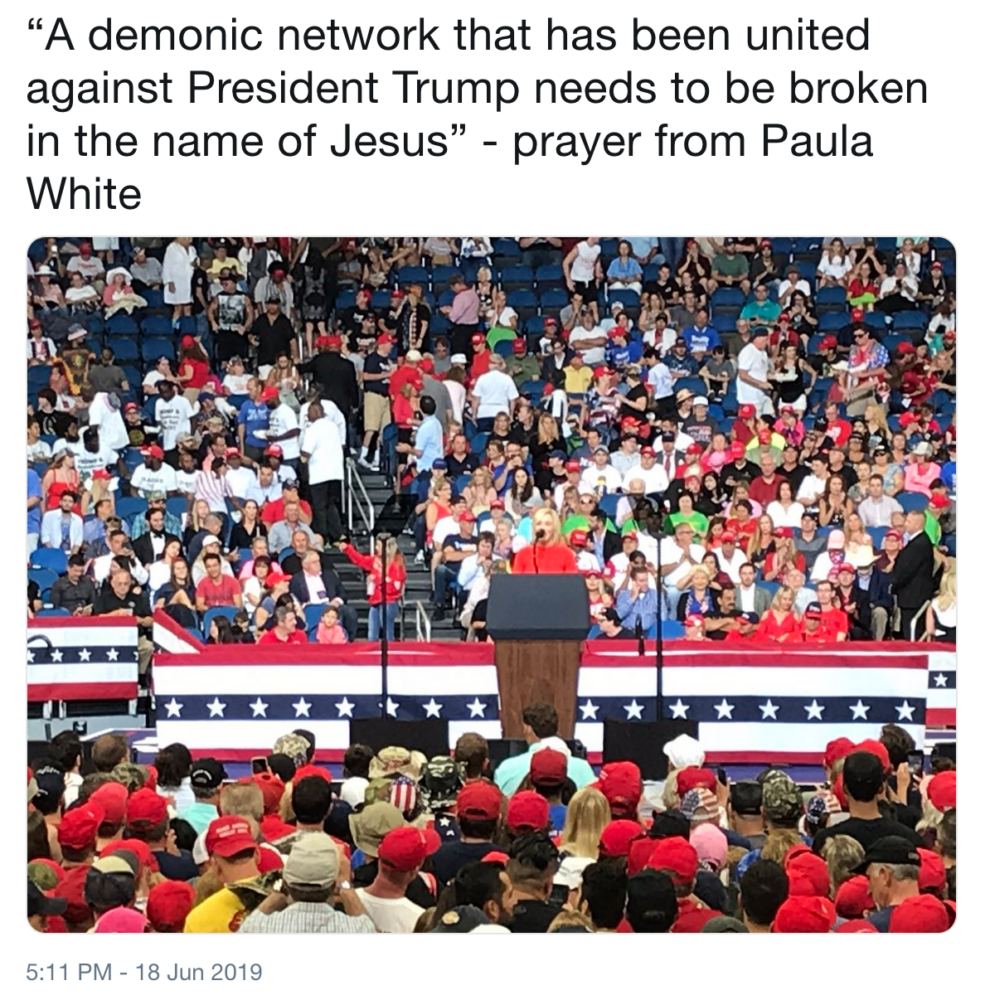 Just in case you missed this, two amazing things have taken place in the world of nutjobs pretending to channel in the lord.

Second, Paula White-Cain, some sort of clergy who apparently knows what God is thinking, spoke at the #MAGA rally in Orlando tonight and said, “A demonic network that has been united against President Trump needs to be broken in the name of Jesus!”

Then the attendees cheered.

And, truly, who can blame them? I hate demonic networks. Hate, hate, hate them. A demonic network brought us Pauly Shore, a second Mama Mia film, the Ken Griffey-for-Claudell Washington trade, Mariah Carey as an American Idol judge, cottage cheese, Orange Vanilla Coca-Cola, the numbers 17, 42 and eight, as well as the ear hair that tends to emerge from my lobes with increased frequency as I age.

Because while I am, indeed, a fan of destroying demonic networks, I am concerned that, at times, the network whereof we speak is not the network we should eradicate.