We all have our dick moments. Here’s my latest … 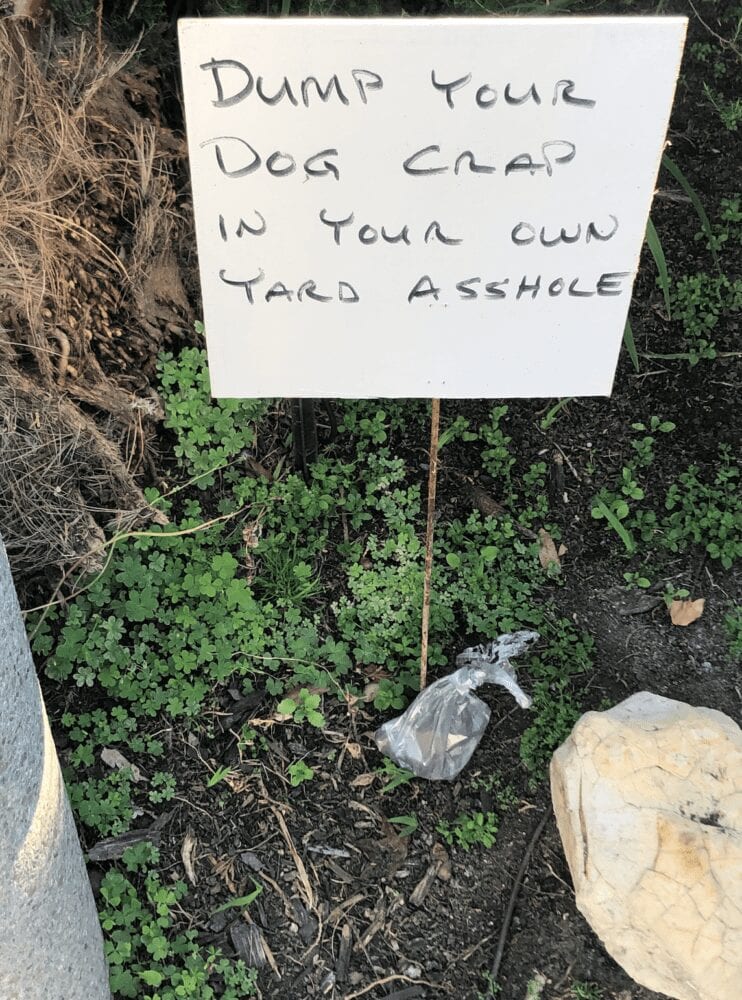 We all have our dick moments. Lord knows, I’ve had plenty.

Back when I was in my mid-20s, a friend and I attended a play in New York City. The guy in front of us was being a rude asshole. Just snide and sneering. So, when he got up to use the bathroom or buy some candy, we put some saliva on his arm rest. Another time, during my early dating period with the (now) wife, I was standing on line inside a CVS when a customer gave the clerk a hard time. I told him he needed to back off, and he said, “Who’s gonna make me?” I told him I would, and felt heroic in doing so. When we left the store, the (now) wife was horrified. “That guy,” she said, “was 80-years old.”

So, again, we all have our dick moments. But I’ve been better of late. I’m a dad, I’ve calmed down, I’m not as easily agitated, I’m …

Two days ago I was walking Norma through the neighborhood. I strolled down the street, made a right, then another right. That’s when I was greeted by the above sign, posted on a stranger’s lawn. It reads: DUMP YOUR DOG CRAP IN YOUR OWN YARD ASSHOLE.

So, ahem, I left a bag containing Norma’s poop at the base, took a photo and walked off.

For five minutes, I felt proud.

Now, I just feel like a bigger dick than the dick who posted the dick sign. I always preach to my kids that the way to win is to kill with kindness. And I mean it. Kindness defuses hostilities in the best way. One can’t argue with kindness. One can’t topple kindness. If I’d said to the man, “God, you must be really angry about the yard poop,” we’d probably have a conversation that’d include his unloading on the situation. Maybe just going off would make him feel better. Maybe he’d take the sign down. Maybe he’d be at peace.

Instead, I left him a bag of shit.