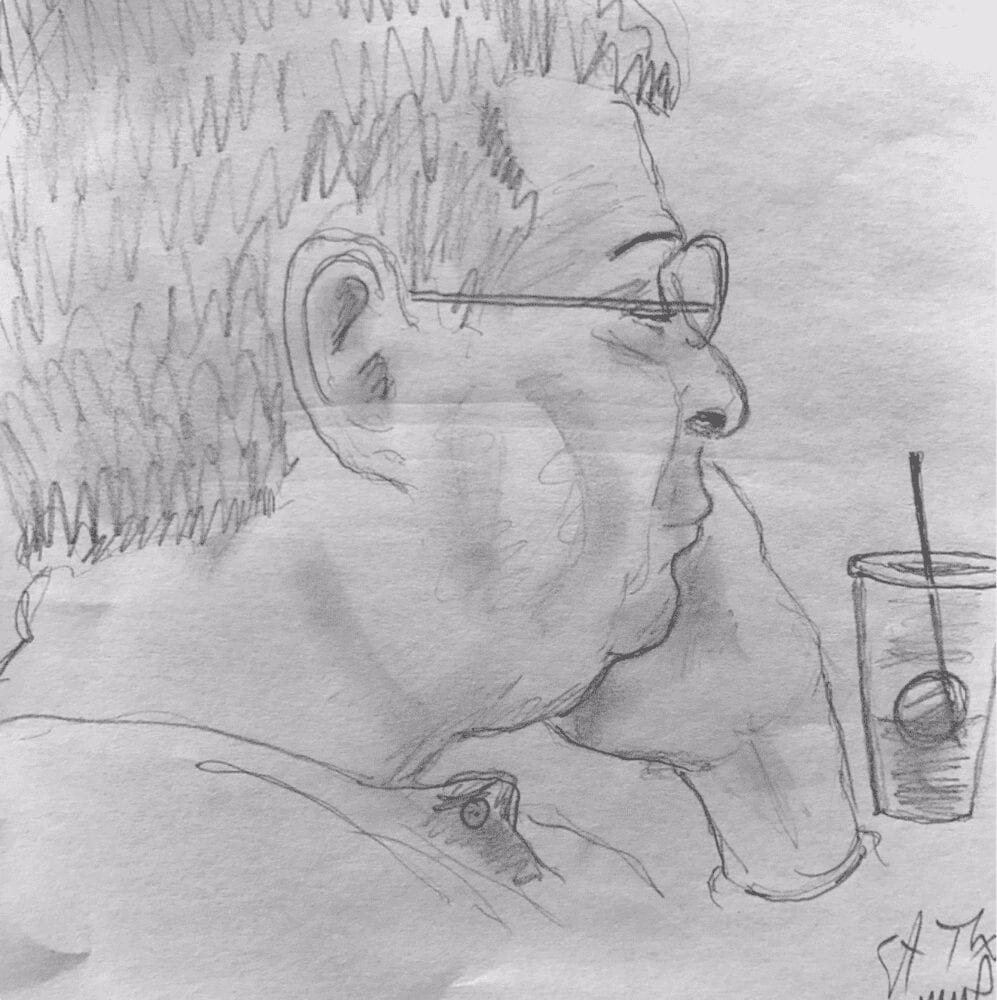 So earlier this evening, after learning we had another tragic mass shooting in America, I traveled over to Twitter to get details. I read up on this and that, that and this. The scene. The number of victims. The pure nightmare of attending a happy event, only to wind up overwhelmed by carnage.

Then, after getting what I needed, I had the misfortune of seeing the feed of someone named Tom Odell. 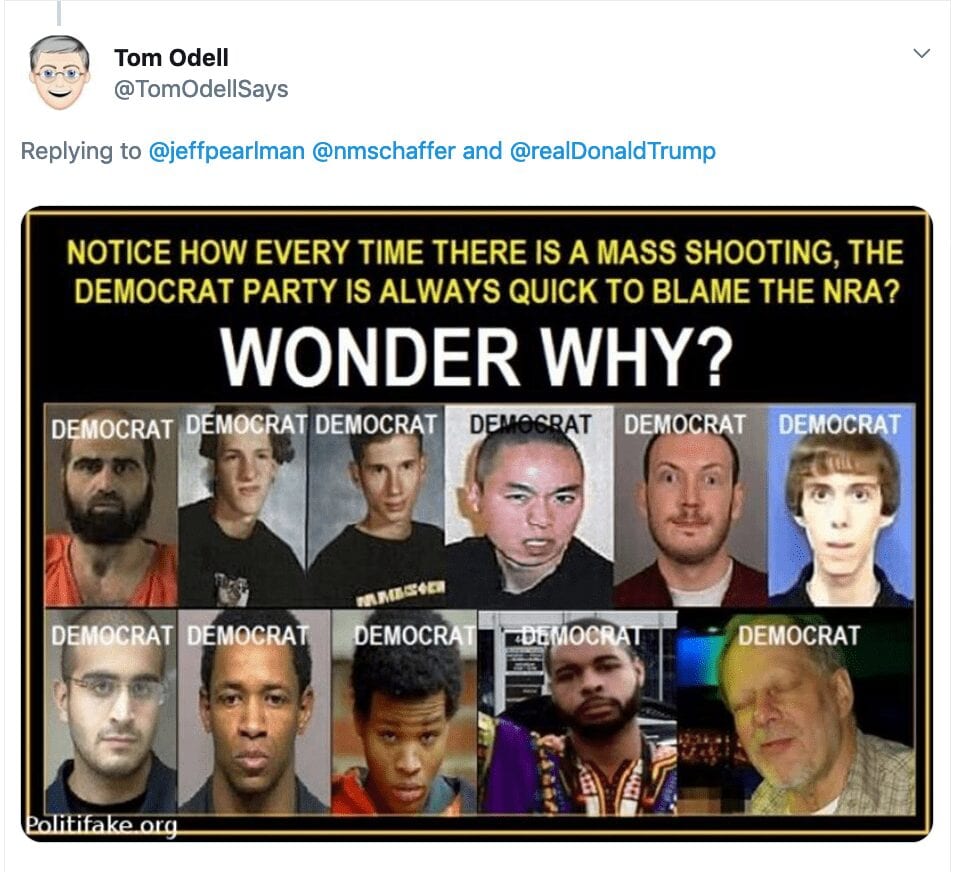 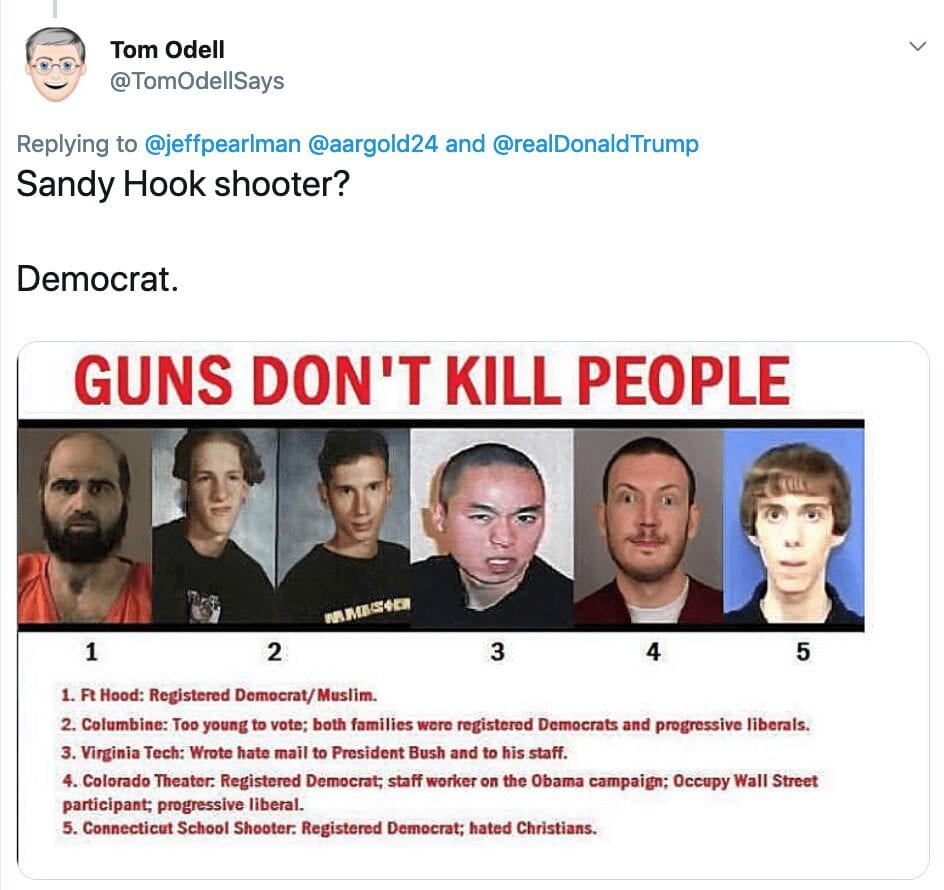 And this stuff shouldn’t surprise me. I don’t know Tom Odell, but odds are pretty good (based upon society and social media) he’s one of the hundreds of thousands of citizens who has had his brain melted by the nonstop #MAGA blender goop that is Hannity/Limbaugh/Carlson/Ingraham. I mean, how else to explain a man (who IDs himself as “Retired • Teacher • Business Executive”) replying to a call for gun control after a tragedy by noting that, um, Democrats are to blame, because they’re always the killers? Would a teacher—an honest-to-goodness educator—post such vile? Someone who works with children? Someone who promotes education, open-mindedness, unity? No, of course not. At least not one I know.

So who is Tom Odell? Sort of a mystery. He has a blog that came and went. An address exists. Phone number, too (I’m not listing them, obviously. The goal here is certainly not to harass the man). I guess what really gets me—in a, “What the fuck is wrong with people?” way—is the implication that Democrats are the ones doing all the killing with guns, and that’s why (ah ha!) Democrats are anti-NRA and pro-gun restrictions. Which actually makes no sense, because if we were so into killing wouldn’t we want more pro-killing laws, to keep our passion fruitful? Wouldn’t we be huge NRA supporters, because their gun restriction laziness helps our cause?

More to the point, wouldn’t Tom Odell—retired teacher—do a little more fucking research before posting a couple of graphics designed by “Politifake.org”? For example, here’s a list of all the mass shootings in America this month (“mass” meaning more than one victim) … 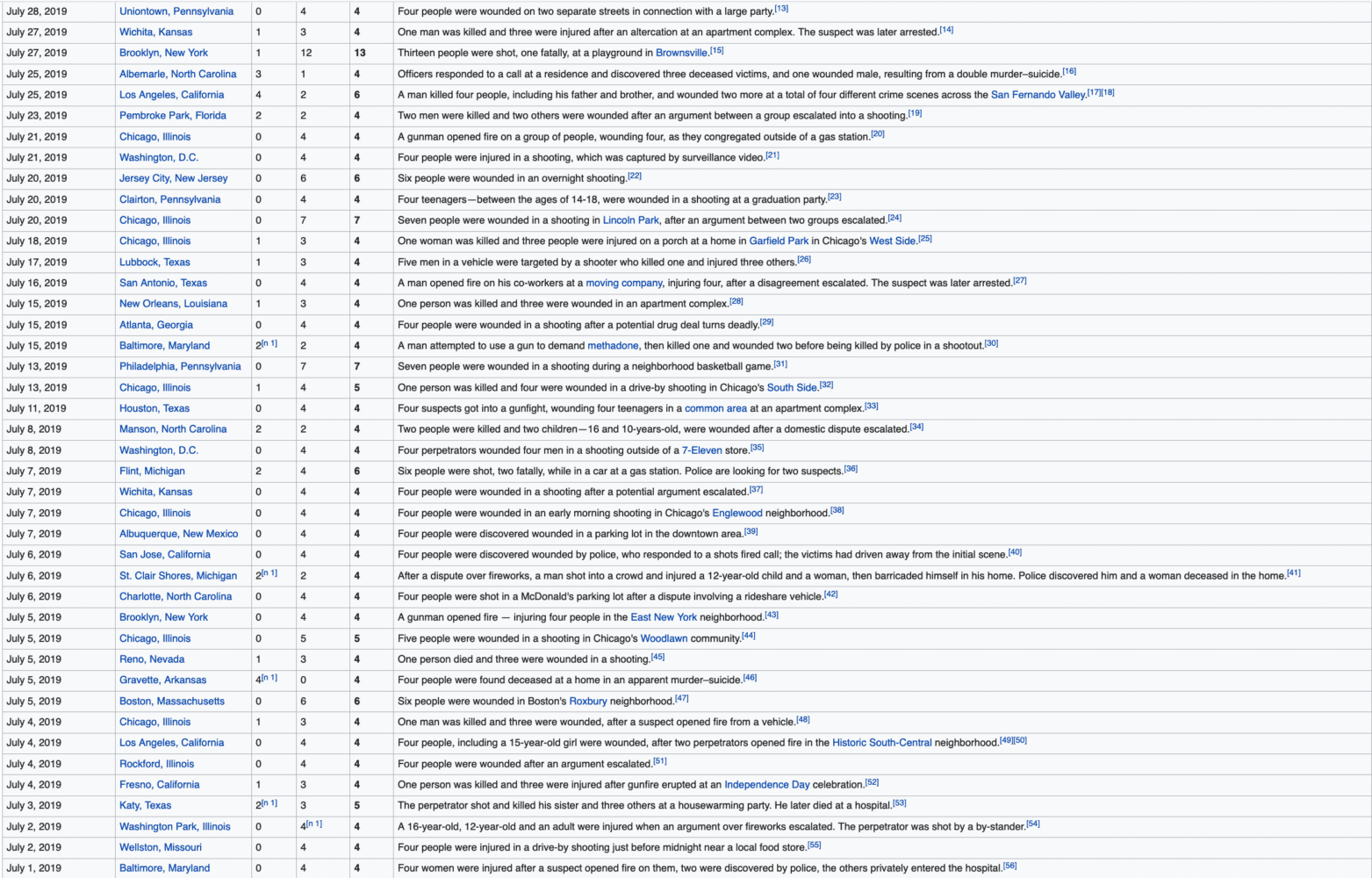 I could say all that, and it wouldn’t make a sliver of difference.

Because men like Tom Odell—powerless, sad, aching for the world to take notice—are here to spew venom and bring it to the socialists.

Truth and sincerity be damned.