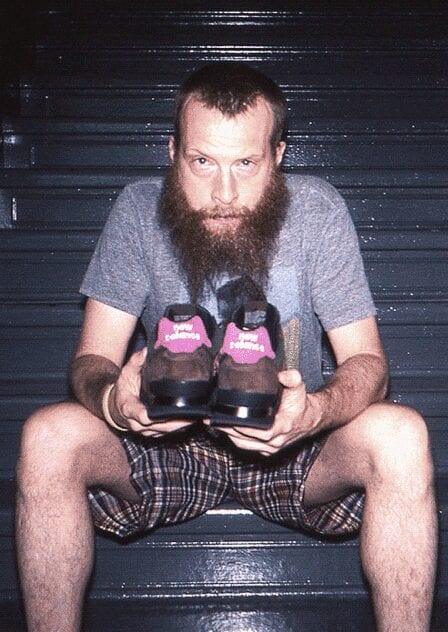 So earlier today I visited Sports Illustrated to use the library. Entered the Time Inc. building, got a visitor’s ID, looked into the lobby and spotted … The Beard.

Ah, the beard. It’s thick and bushy and very grizzly. It belongs to one of my all-time favorite people, Russ Bengtson, my pal from the University of Delaware and my first roommate when I moved to Manhattan back in the late months of 1996.

“Holy shit!” I said, spotting Russ. “What are you doing here?”

I’m babbling. Russ and I lived together for, oh, two years-ish. Our apartment was a two-flight walkup above a Chinese restaurant owned by a man named Mr. Chin. I didn’t know so at the time, but living above a Chinese restaurant in New York City ain’t such a great idea. The rats and mice, after all, enjoy the smell and taste of Chinese food. They also enjoy walls. And climbing. Upward.

Hence, we had a good number of visitors. And the droppings of visitors. But we also had a great run. Our apartment was weird—two studios with the dividing wall torn down. So we had one kitchen in the center of the apartment, two bedrooms, a closet, two entrance-ways. Russ was (and still is) an interesting cat. At the time he was an editor at Slam Magazine, so he’d attend Knicks games regularly—often while wearing some throwback jersey and baggy jeans. Every so often he’d come home with something quirky. Once, I vividly recall, a forgettable Knick named Chris Mills threw his sneakers in the trash. Russ grabbed them and brought ’em to the crib. Russ also had a snake. It was gray and long, and one blistering summer weekend Russ went away for some basketball event. I entered the apartment while he was gone and smelled rotting egg. Only it wasn’t rotting egg—it was Russ’ snake, literally baking in the heat. Nasty.

Russ and I shared a taste for awful TV. Our big thing was watching The Magic Hour, Magic Johnson’s short-lived talk show, and mocking every moment. We also got deep into Chips ’99, the reunion episode. Awesome.