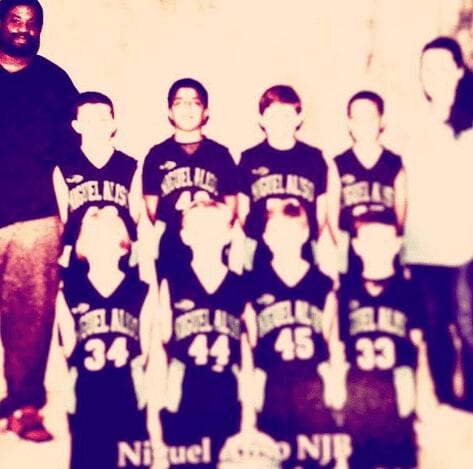 Today marked the conclusion of my son’s first season of youth basketball. His team finished 0-9.

We had a team party this evening at our house. There was pizza and cake and chips and soda and lemonade. A couple of hours earlier, our win-lacking Wolverines were eliminated from the postseason (every team made it) with a pretty sound thumping at the hands of yet another superior team. Throughout the season, our average margin of defeat was, oh, 15 points. Our defense was lacking, our rebounding atrocious. We probably shot 10 percent from the field.

And it doesn’t mean shit.

The games were fun. The kids learned. Yeah, a few of the boys were sad after losses. But mostly, it mattered nary an iota. They played hard, played to win, lost a whole lot, enjoyed the process. Which should be yet another reminder to us all that youth sports aren’t about winning—no matter how badly some of the more obnoxious parents crave victory. Nope, youth sports are about lessons, and togetherness, and bonding, and learning. And, most important, fun. Lots and lots of fun.

The eight members of the Wolverines aren’t destined for NBA futures.

But they ate some damn good cake.

And smiled doing so.