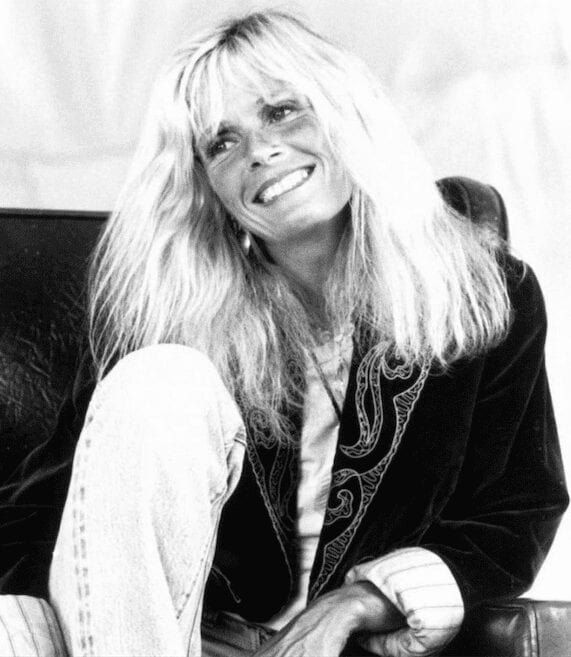 I have a soft spot in my heart from Kim Carnes.

Now just because she’s a lovely human, a beautiful singer, an outstanding Quaz.

Nope, my soft spot comes from a moment that took place on the second date I ever had with my wife, Catherine. We were walking through Manhattan, and the topic of “We Are The World” came up. I know that song as well as I know Dave Fleming’s Seattle Mariner statistics (very well), and I told her this. She insisted that she, too, had the song down. So I started going line by line, naming the accompanying singers. When I reached “When weeeeee, stand together as one …” I said, “OK, who is it?”

Nary a pause: Kim Carnes.

I knew I found my match.

Carnes, of course, is much more than a trivia answer. She’s a Grammy Award-winning singer/songwriter whose biggest smash, “Bette Davis Eyes,” was the biggest song of 1981. Carnes has written three No. 1 country tunes, and famously wrote and sang “Don’t Fall in Love with a Dreamer” alongside the great Kenny Rogers. She still performs regularly across the globe, and can be found on the web here.

JEFF PEARLMAN: Kim, these interviews tend to veer toward quirky, so I’m gonna veer toward quirky. For some reason I’ve been in a “We Are The World” phase the past few days. Played it a bunch of times, showed it to my kids. And I believe—truly—that the highest moment of the song comes when you, Huey Lewis and Cindy Lauper sing together. I wound up finding this, which gave some behind-the-moment access. I’m wondering—what do you remember from the “We Are The World” experience? Was it fun? Awful? Did you mind only having two words (“When we …”) to yourself? Did you like the song?

KIM CARNES: We arrived at A&M studios to a sign that read, “Leave your ego at the door.” I think the song was perfect. From standing next to Michael Jackson to meeting Bob Dylan for the first time … it was all just too cool. I wasn’t counting solo lines. Heck, I was just glad to be a part of this magical event. The best part was everyone signing one another’s sheet music.

J.P.: You’ve had an amazing career. Absolutely amazing. Hit songs. Grammy Awards. I wonder, as you approach 70, what matters to you, and what doesn’t? Like, do you care more about a hit record, or a song that goes ignored but kicks ass? Do the awards matter? Can you play for a crowd of 20 and be satisfied? Do you need a huge audience? Do you care if people recognize you? Does signing an autograph give you a lift?

K.C.: I don’t do numbers. I just jumped after reading your question. In my head I am a 17-year-old surfer, now and forever!

I am most proud of my last album, “Chasin Wild Trains.” I produced it and wrote or co-wrote with my incredibly talented pals. There was no one to say “no” and  no compromises. Not thinking about radio was so freeing. It made the project a true labor of love.  As a result, that album charted in several countries on the Americana charts and I did an amazing European tour in support of the CD.

I have the awards. I just want my peers to get what I do and to be moved. I play festivals for 15,000 people, benefit house concerts for a smaller group, and “in-the-round” songwriter shows at the Bluebird Café here in Nashville for 150 people.  I love it all. I am blown away that I get to do what I do.

J.P.: You’ve been married to your husband, David Ellingson, since 1967. Let me write that again: Since 1967. I feel like 98 percent of celebrities get married and divorced within a span of three years. How has your marriage lasted? And, since we’re on the subject, how did you meet?

K.C.: Dave and I met on the road. Marriage ain’t easy, but we’re both in the music business, which is a good thing. He understands how crazy it all is. Dave runs our publishing companies, plays percussion and sings background vocals in our shows. All our best friends are in the entertainment business and so we consider them family. Plus, we are crazy about our kids. Our motto has always been “Laugh a lot.”

J.P.: How do you write a song? Soup to nuts—what’s the process? How long does it take? Do you ever think it’s amazing, then realize it’s bad. Do you even think it’s bad, and everyone loves it? Do you have a space for writing?

K.C.: Writing by myself I write on keyboards and write the music and lyrics at the same time.  I have a restored 1930 Boston made “Mason & Hamlin” Baby grand piano.  I have played the same piano for 35 years.  I still love the sonics of a real acoustic piano.  It can take an hour or in some cases a year to finish a song.  Co-writing is usually done in a shorter amount of time.  I have a small, handful of writers that I love to work with.  The best co-writes are the songs that feel like they were written by one person.

J.P.: You turned “Bette Davis Eyes” into the biggest hit of 1981. I mean, it was enormous huge gigantic … and it’s one of the few songs you didn’t actually write. Two questions—A. Some 33 years later, do you ever get sick of singing the song (I’m assuming it’s a requisite part of the set list)?; B. Did it take away any feeling of accomplishment having not written it? Or does that not even matter?

K.C.: As a songwriter, I know a great song when I hear it. The original demo was very different.  My band, along with the producer (Val Garay) and I rehearsed “Bette Davis Eyes” for three days. The demo was light and bouncy, and we changed it to a dark and minor key. That lyric—“nailed me”—was absolute brilliance from Donna and Jackie. Yes, I sing it in every show. That record opened up the rest of the world for me. 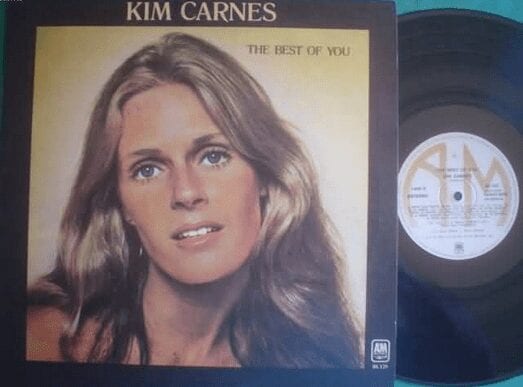 J.P.: I write mainly about athletes, and the line goes, “An athlete dies two deaths—when he retires, then when he dies.” What about singers? Is there an adjustment one has to make, as she/he ages, when she/he needs to accept, “OK, pop radio is done with me as a singer?” or, “I spent X years in arenas, and now it’s gonna be concert halls”? Does one have to adjust ego expectations?

K.C.: I just keep writing songs and doing shows and I really think that I am better at it now.  I never look back, always look forward to the next song, next show. One of my favorite lines is, “there is no future in the past.”

J.P.: Your dad was an attorney, your mom a hospital administrator. Music wasn’t a big part of their world. But here you are. So … Kim. How did this happen? When did you absolutely know you wanted to sing for your life? And what was the key moment (or moments) that made it a reality?

K.C.: I’ve gotta say that I knew from the age of 4 that I was going to write songs and sing them for people—much to my parents’ disapproval. Every day I came home from school and went straight to the piano to write and sing. I guess a key moment was when I signed my first publishing deal and actually got paid to write songs.  Producer Jimmy Bowen had a small company. His other writers were Glen Frey, Don Henley and J.D. Souther (pre-Eagles). Hanging out and sharing demo time with them just blew me away because they were so incredibly great.

J.P.: I just watched a clip of you on American Bandstand, and I have a question I’ve always wanted to ask: Does lip-synching your own songs suck as much as I imagine it sucks? It looks really uncomfortable and sorta nerve-wracking? And, in the 1980s, when those types of shows reigned, do you feel like it was known by viewers? Did it even matter?

K.C.: It’s much better to sing live. I don’t think it mattered to viewers back then, and it was not nerve-wracking. I so loved Dick Clark.

J.P.: I’ll have moments when people say, “Yeah, so, eh, I really didn’t like your last book.” Or, “So … that article wasn’t as good as I expect from you.” I think they think they’re doing me a favor, but it infuriates me. Do you have that as a musician? And how do you take criticism? Not from writers or singers, but dudes on the street?

K.C.: Ya’ gotta have a thick skin. Right? Writers and musicians know better.

J.P.: What do you think of the music scene: 2014? What I mean is—albums don’t really exist, downloads are becoming obsolete, nobody sells millions of copies of anything—but Miley Cyrus will get 100,000,000 views on YouTube. Where are we going here?

K.C.: I miss the album. As an artist I agonize over the sequence. It matters to somebody. You have to dig to hear the good shit—but it’s out there.

• I’ve often argued that Daryl Hall is the best male vocalist of the last 30 years. People say I’m ludicrous. Is it a battle I can even possibly win?: Music is so subjective. Daryl Hall is a great singer, but there is no battle here, because it is about personal taste.  Right now, I wanna be Pharrell Williams and Sam Smith’s baby. Can you imagine the voice?

• Ever thought you were about to die in a plane crash? If so, what do you recall?: Only when the toilets backed up on an over-night flight to Amsterdam.

• Five keys for a singer to keep her voice sharp?: Drink Drambuie (it coats the throat and adds a great show buzz. Have five shots).

• In exactly 13 words, what do you think of fried chicken?: “It tastes just like chicken.”

• One question you would ask Dwight Gooden were he here right now?: What’s up, Doc?

• How much would I have to pay for Kim Carnes to record my answering machine message?: How much you got?