Sometimes you need to defend yourself (a guest post) 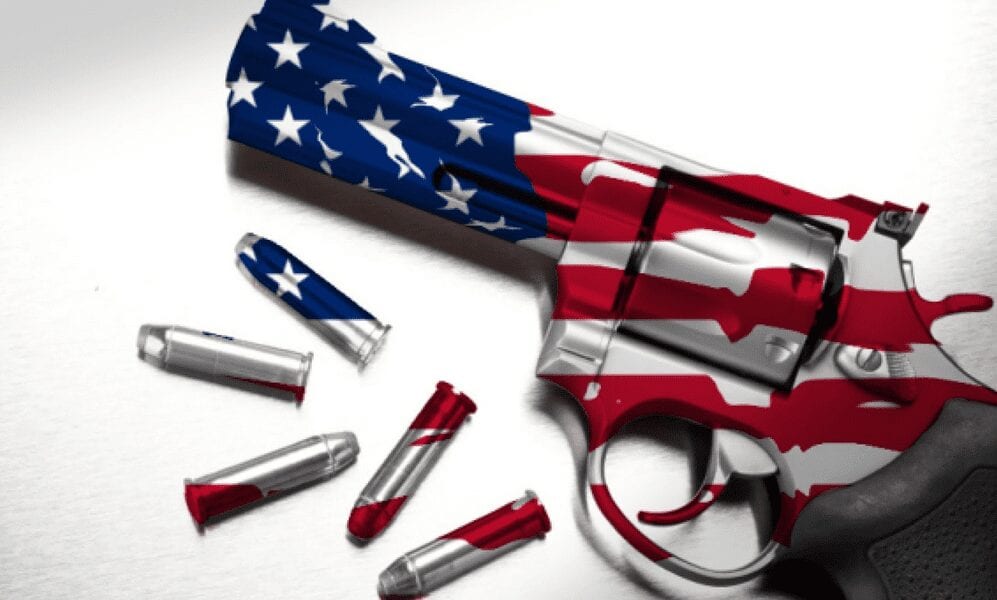 Craig Berlin is a former NBA writer who, eh, wasn’t exactly enamored by my posts last week on Lynne Russell and the use of a gun. I invited him here to take up his stance. He did so, and I’m greatly appreciative. You can follow Craig on Twitter here, and visit his website here …

Jeff Pearlman invited me to offer a “pro-gun” perspective in response to his posts about the Lynne Russell story, so I volunteered. I don’t know if it can really be considered “pro-gun” but I think we can certainly stay away from suppositions and stick with the facts. I do appreciate Jeff’s having the integrity to offer dissenting voices, especially considering some of the bile in the comments on his blog.

I’m not going to get into the usual diatribe between gun fetishists and anti-gun zealots. As with many other issues, the debate is often represented by ideology rather than fact. Personally, I don’t endorse recent incarnations of the NRA that seem to imply there are no reasonable rules or restrictions that might, in some form, be a good thing. Considering cigarettes kill 16 times as many people as guns, i simply wonder why we even spend so much time on the topic.

Some people simply don’t like guns. That’s OK … there is no obligation. There are others who argue that the Second Amendment means something other than a right to bear arms. They’re entitled to their opinion, although I’m not sure how else to read it. Most reasonable people, whether proponents or opponents of our current gun laws, understand there are reasonable steps we can take that won’t interfere with legal gun ownership but might impede the illegal gun trade and punish gun crimes more harshly. And that’s not a bad place to be.

Unfortunately, we also have guys like Jeff. One would presume that the story of Ms. Russell, a respected former CNN anchor, along with her husband Chuck de Caro,, managing to fend off a would-be assailant would be unambiguously feel good. But Jeff has questioned their mindset and the validity of Russell’s story.

First, he casts aspersions on Russell and her husband, a former Army Special Forces officer, because they’re Second Amendment supporters, had a gun-totin’ couple on their wedding cake and have advocated strongly in support of gun rights. Then he suggests that perhaps the couple should have simply handed over their wallets and everything would have been fine. He proceeds to criticize her interview with Megyn Kelly for failing to question her story and finally, reasserts that the robber was likely just looking for a “cash & dash” rather than actually shooting someone.

The best line?  “I also hate the cowboy mentality of gun owners; the ‘I’d rather shoot this out than surrender the $20 in my pocket’ thinking.”

I can’t help but wonder if Jeff actually read Russell’s rendition of the event, where she described how a man with a large semi-automatic weapon shoved her into her motel room and onto the bed. When her husband came out of the shower, they were prepared to offer him what he wanted but worked to keep him unfocused as she tried to covertly pass over one of the handguns they had brought into the room. Why? Because, under the gun (quite literally) they believed, “He’d shoot when he’d gotten what he wanted.”

So who is more qualified to assess the situation? The former Special Forces officer and a veteran journalist who were actually there or Mr. Pearlman, an anti-gun advocate judging from afar?

Indeed, Ms. Russell continued that her assailant eventually grabbed their briefcase and headed for the door. “For a second,” she says, “I thought he’d leave. Instead, he opened fire on my husband.”

It’s common sense that if you can give an robber what he wants and try to end the confrontation, particularly if you have no other options, you do so. Chuck Norris would tell you the same thing. But when someone confronts you with a gun, no one is qualified to psychoanalyze the person and positively determine if he only wants your money and will then leave nicely. When you are in mortal danger, you err on the side of caution. The assailant has violated his right to the benefit of the doubt by threatening you with bodily injury or death.

If you can stall or possibly get away with just handing them your wallet, of course … but you cannot assume anything about someone pointing a gun at you. What if he’s on drugs? What if he’s mentally ill? What if he hates people who look like you? What if he doesn’t want any witnesses? There is no room for Monday morning quarterbacking.

if you have access to a gun and the training to use it against someone of unknown mental state and intent who is legitimately imposing and dangerous, where is the moral dilemma? Taking precious seconds (or hours in retrospect) to ponder if the perpetrator might have been relatively benign (as if any armed robber can be) is dangerous thinking and grossly unfair to the victims.

Jeff states, “While I don’t doubt Lynne Russell’s integrity, I do question elements of a neatly wrapped narrative” as well as Megyn Kelly’s “softball” interview … because we all know that’s exactly the kind of interview Kelly gives, right?  I’m not sure what questions she should have asked ”Are you really, really sure he wasn’t going to leave without shooting?”  Well he kinda didn’t and Jeff seem to think that’s because he was provoked.  Really?

So, Jeff remarks, that because the ability to carry a gun saved her life and her husband was able to shoot the bad guy, “Gooooo … Second Amendment!”

Just let that sink in a bit.  Here is someone lamenting the demise of an armed robber at the hands of two good, decent and patriotic Americans whose lives were threatened.  Is this not the stereotype envisioned when Evan Sayet argues that liberals are wrong on “literally every issue. And it’s not just wrong; it’s as wrong as wrong can be; it’s 180 degrees from right; it is diametrically opposed to that which is good, right, and successful.”

Would such a stereotype possibly come from giving the benefit of the doubt to an armed robber instead of his targets? Could it come from extrapolating that someone who supports gun rights is eager to kill?

Jeff wonders, and believes Kelly should have asked, if the assailant was inclined to shoot because the couple delayed while trying to get her husband a weapon, and wouldn’t it have been better if she had just handed over their money, waited until he left and called the police.

Well, if he had in fact left, as Jeff suggests, perhaps … assuming he had then been caught by the police or simply chosen on his own to give up a life of crime and not engage any further in armed robbery or whatever other sketchy activities he might be involved in. Then again, she could have handed him the money and, as they both feared, he might have shot them anyway, leaving them both for dead and living another day to commit more crimes.

The ability to carry a firearm gave the de Caros options—alternatives that unarmed victims wouldn’t have had. They would have been at the mercy of the gunman and lucky if he chose to simply take the money and run.  Chuck was shot multiple times anyway and had he not been able to return fire, the likely end doesn’t look very promising.

Questioning an unfettered extrapolation of the right to bear arms is a reasonable position to take, as even Constitutional rights are not unlimited. But when the conversation turns to judging people based on preconceived notions of guns being universally bad and the people who keep them subject to extraordinary scrutiny even in the face of overwhelming evidence that their use was fully justified … at that point, saying the critics have lost perspective is an understatement.

Guns are not for everyone and no one is obligated to use them. But please stop acting as if every time someone uses one they should have chosen another option.  Sometimes you don’t have one if you want to live.