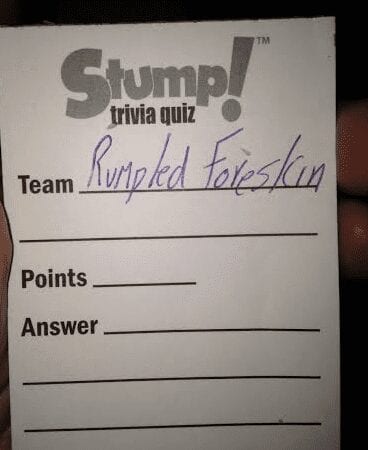 Last night I went out with a group of people. We started at a restaurant for dinner, where the topic of conversation was—oddly—penises.

I’ve only seen an uncircumcised penis one time. It was, oh, 25 years ago. I was a counselor at a summer camp, in charge of a group of first or second graders. We’d help them change after swim, and one day a couple of kids started calling a boy, “Pointy.” I couldn’t figure out why until I looked down and, well, yeah. Uncircumcised penis. Like seeing an alien being.

But that was more than two decades ago. I haven’t given the subject a moment of thought since, until last night, when a friend told us she was dating a man from a European nation, and his penis is, well, un-scalped. She talked about what it looked like, and then everyone dove in, wondering whether the uncircumcised penis has benefits, advantages, drawbacks, whatever. It was oddly riveting, and when we left for the next stop, the subject remained on our minds.

We wound up at a nearby bar, playing trivia. We needed a group name. I suggested, “Susan’s Polish Pole,” in honor of the woman and her boyfriend. I, however, was overruled. And rightly so.

We went with, “Rumpled Foreskin.”