Hall and Oates mail it in 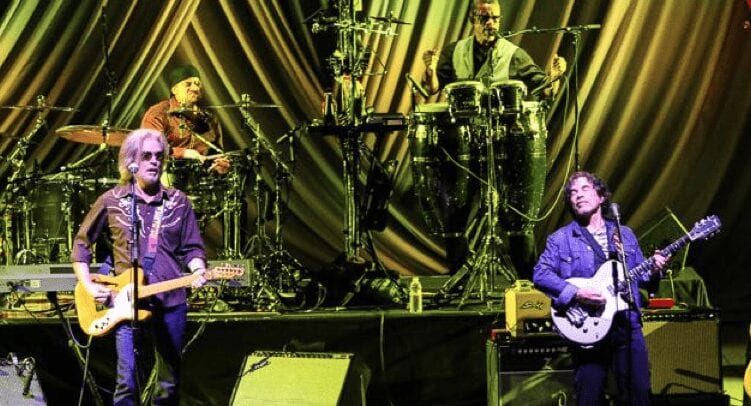 So earlier tonight the wife and I—along with a friend—attended the Daryl Hall and John Oates concert at the Irvine Meadows Amphitheatre here in Southern California.

Tonight’s concert sucked. First, it lasted for approximately 1 hour, 20 minutes—far too short for anyone, but faaaaaar too short for a band with a gazillion hits. Second, the set list was flat and lame. Here, take a look … 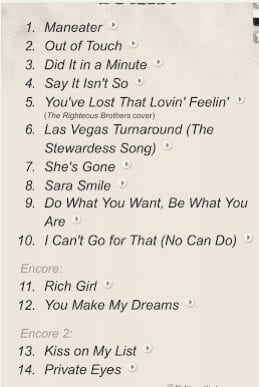 Of the first 10 songs, six were predictable (Maneater, Out of Touch, Say it isn’t So, She’s Gone, Sara Smile, I Can’t Go for That), two were thrilling (Did it in a Minute, You’ve Lost That Lovin’ Feelin’) and two were obscure and excruciatingly meandering (Las Vegas Turnaround, Do What You Want, Be What You Are).

PrevPreviousThe Drain Wig is my lord and savior
NextWith Wilson, Todd and Guido Merkins …Next