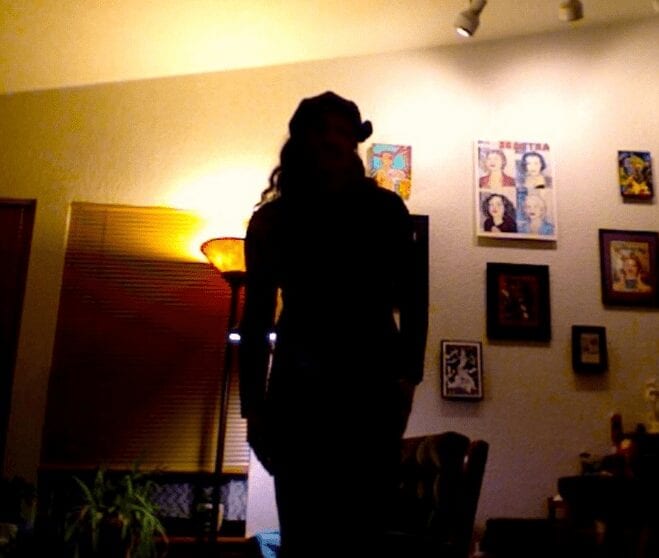 This is the 247th Quaz, but it’s a first for two reasons.

One, it’s the first time a Quaz participant has not been fully identified.

Second, it’s the first time a Quaz participant has not been viewed.

Both these elements, however, come understandably. “Deboarh,” today’s interviewee, is a man (by birth) in his early 20s going through transgender transitioning. He was, physically, born male, but believes he is not, truly, male; that he is a woman captured within a man’s body. This would be difficult enough were “Deborah” just an average person with average circumstances. But “Deborah” is an orthodox Jew growing up in Kentucky.

Try digesting that one.

Now try being “Deborah,” and living it.

To be honest, I know little about being transgender. I don’t have any transgender friends, though I’m optimistic that America will treat transgenders with the compassion and support and open-mindedness they deserve.

“Deborah,” thanks for your courage, and thanks for being the 247th Q&A …

JEFF PEARLMAN: So you recently reached out to me and said, “I finally accepted the fact that I’m transgendered. It only took 18 years of repressing the girl inside me. Bigotry sucks.” So how did you reach this point of acceptance?

DEBORAH: I had that come-to moment in which I just knew. I’ve always had these urges to wear women’s clothing with no logical explanation of why I wanted to. There was a time in eighth or ninth grade in which I raided my mom’s closet while I was home alone—I was robbed of having an older sister due to miscarriages so I never had that chance to go into my sister’s room and wear her stuff.

Looking back on it, all the signs of being transgender were there. I’ve hid my genitals while looking in the mirror. I’ve played with my chest to make it look like I had some decent cleavage. As long as I can remember, I’ve sat on the toilet to pee.

I came out to a few friends and they accepted and supported me for who I really am on the inside. I reached out to friends in the field of psychology and one asked a few questions of me. They thought I was a crossdresser based on my responses. I had hoped so, too, more so out of fear and personal anxiety than anything else. The moment I wore a bra and panties at the end of November was the moment that I really knew I am definitely a girl on the inside.  t felt so natural and I wanted what was underneath to be real.

J.P.: I don’t think people understand what it “feels” like to consider oneself transgender. I mean, I think I’ve always thought like a guy, as a guy. Seemed to make sense. So … please explain. What do you feel? What do people not understand? What do you want them to know?

D: There were times while growing up that I knew something was different. I was constantly teased over other things from elementary through high school so I repressed myself as much as I possibly could. I’ve always been attracted to women but lately after opening my mind to who I am inside, I’ve started to develop an interest in men, preferably the FTM (female-to-male) types.

A lot of people don’t understand how this isn’t a choice. Gender identity and sexual identity are two completely different things. 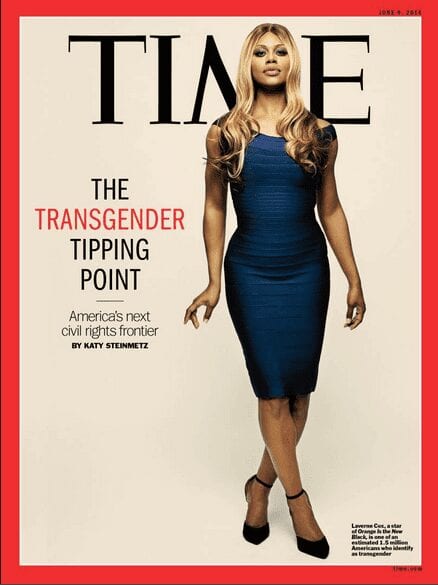 J.P.: Now that you’re here, what’s the process to come? Hormones? Sex change? And how can you be sure you aren’t doing something irrevocably erroneous? Put different—how can you be so sure?

D: This is where lots and lots of therapy will come into play to find the authentic me. I’m seeing a therapist and when I first met with this person, I was still somewhat in denial. I know that I feel incomplete without breasts and I hate seeing the bulge when I’m wearing panties. HRT (hormone replacement therapy) is definitely the first step and matching the carpet with the drapes.

J.P.: You’re a kid growing up in a relatively normal world. Parents, siblings, school, etc. So when did you first think, “I might be different”? Was there a sign? Urgings? Something?

D: The earliest clear memory was in 1997. I wanted to be Kate Winslet. The urgings were there but when you’re not home alone that often, you can’t take action on those urgings.

There was also a time in 1998 in which I wrote a short story for class and turned Jack Ryan into Jackie Ryan. I can’t explain why I did what I did.

J.P.: You are, I believe, a fairly religious Jew. How has that shaped you, and how does that factor here?

D: I’m still reconciling my religious beliefs about this. Halacha is clear on the matter when it comes to castration and crossdressing. But if one feels they are of a different gender than their own, is it really crossdressing?

Most Orthodox Jews that come out as transgendered end up being shunned by their community. This is what makes things hard and why I’ve asked that you keep me anonymous. I live in a city with such a small Orthodox community that making a minyan is tough each week. I could be selfish and come out right now but at the same time, that’s one less person for the minyan. It’s never easy coming out.

With Transparent being such a Jewy show, it has helped bring TG into the mainstream. On that note, I still have my witty side and that’s not going anywhere no matter how I appear on the outside.

J.P.: What are the things you’re most excited for?

D: Getting boobs—my mom is well endowed so there’s a chance I’ll end up with C cups after hormones but I’ll settle for B cups.  Taking a journey into womanhood without ever getting a period. Finally being the real me that I am on the inside.

D: That I’ll be shunned by Orthodox cousins of mine. That I’ll be that weird parent because I was born of a different gender. I want biological children so freezing my sperm is a no brainer but it’s a matter of finding my true love. Like everyone else, I want my happy ever after.

J.P.: How much are you immersed in trans culture? Do you know other trans? Have you found a support group? (My wife, a social worker, recommends you get one)?

D: I’ve been chatting with a few online through a forum I discovered a month ago.  My therapist runs a support group and I’m in touch with folks at Eshel, a support group for LGBT Orthodox Jews.

J.P.: You live in Kentucky—that can’t be a hotbed from transgender acceptance. Are you considering a move?

J.P.: You recently told your parents about this. I can’t imagine that was fun. How did it go over? What did they say? Can they deal?

D: It’s going to take some time for them to accept me as their daughter. My mom found my stash of clothes so it’s speeding up my move from summer to February.  I think they’re still in a state of shock. My mom thinks I’m “weird” and “bored to death.” I think once she sees The Danish Girl, she’ll understand a bit more.

J.P.: Random and trivial, but what do you think of the whole Bruce Jenner-Caitlyn Jenner thing? Is it helpful for you? Is it just bullshit publicity from a bullshit family? Both? Neither?

D: It’s helpful for spreading awareness of TG but I could do without that family. 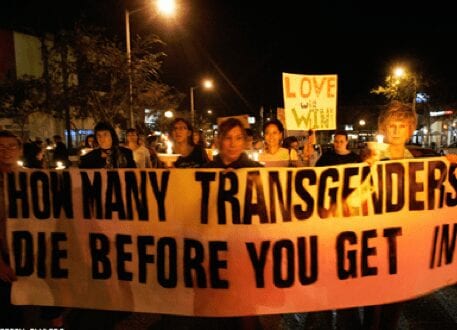 • One question you would ask Bruce Willis were he here right now: Did you ever think of getting a hair transplant?

• Ever thought you were about to die in a plane crash. If so, what do you recall?: No, but I was so afraid for my first flight.

• In 22 words, make the case for why Pearl Jam needs to add a shofar player: I don’t know …

• I feel like my daughter looks at her cell phone too often. How unethical would it be for me to throw it in the toilet and piss on it?: Go for it. I hate movie texters.

• Can you explain the return to Colonel Sanders? It baffles me: Talk to KFC.

• This is my all-time least-favorite song. Your thoughts?: Not sure

• If you had to get a tattoo across your head, what would it say?: I’m never getting a tattoo. The Bible forbids it. I have a fear of needles and yet I plan to get my ears pierced next year.