My 10 Lowest Moments as a Journalist

For some reason I was thinking today about my worst moments in a relatively long journalistic career. Oddly, I take sadistic pleasure in recalling my foibles and fuckups. So, in that spirit, here’s the ranking of my 10 lowest periods as a writer …

10. Robin Yount: In 1999 or 2000, Jim Herre, the awesome former golf editor at Sports Illustrated, had me covering a fair number of senior tour events. Why? I’m not sure, because my golf knowledge rivals my Lesotho knowledge. Anyhow, Jim sent me to Arizona for a couple of days on the greens. I don’t recall the event, but while covering it I noticed a large, obnoxious fan in a Milwaukee Brewers cap. I wrote a bit about him, and sarcastically referred to him as Robin Yount. Only, eh, my sarcasm wasn’t obvious, and when the piece ran the real Robin Yount wondered why someone wrote about him appearing at an event he didn’t attend. A couple of days after the article runs, I’m at my parents’ house and the phone rings. My mom answers. “It’s someone named Robin Yount.”

9. Dreaming In English: In 1995 I was a young music writer at The Tennessean in Nashville, and I pitched a story about Dreaming In English, a local rock band on the rise. Not only was the piece approved, but I was given, like, 3,500 words. So I wrote my butt off, reported my butt off—felt great about the story when it finally ran. I get a call from Roger Nicholls, the lead guitarist. “Yeah, so we loved the story,” he said. “But there was one small thing. [Lead singer] Ty’s last name isn’t Banks, it’s Brooks.” 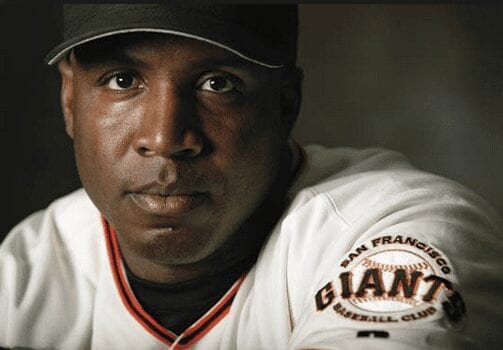 7. Police Beat: Also in 1995, I was a features writer at The Tennessean, making one mistake after another after another. I just couldn’t get out of my own way. One day Catherine Mayhew, my editor, calls me into her office to tell me I’m being taken out of the department and assigned to the cops beat. “You need to learn how to report,” she tells me—and insists my career is in jeopardy. It was a kick to the gut—and, ultimately, one of the most important moments of my life.

6. Rocker Aftermath: My John Rocker story came out in 1999. The following season, I volunteered to cover Yankees-Braves at Turner Field. Why? Because that’s what journalists do. I was walking down the hallway beneath the stadium when I heard these words from a familiar Southern voice: “You don’t know how long I’ve been waiting for this.” The ensuing few minutes were terrifying—and necessary.

5. Fox News Hookers Tweet: This was only a couple of months ago, where I Tweeted that the Fox News women dress like hookers. It was stupid and ugly and a total brain freeze—and I caught a justified load of shit for it. Not fun. 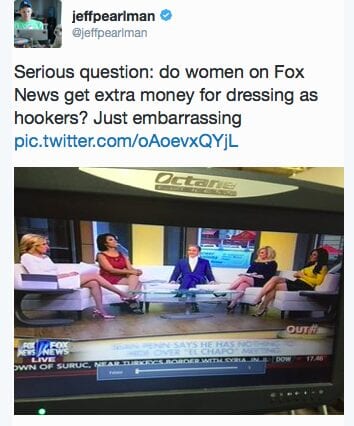 4. Will Clark: Also Rocker related. In the spring of 2000 I was in the Baltimore Orioles’ spring training clubhouse in Ft. Lauderdale. I’m standing, waiting for players, when Will Clark saunters over and looks at my name tag. “You’re Jeff Pearlman?” he says.

“You’re the guy who did Rocker?”

He proceeded to lace into me—in front of the entire team—for what felt like an hour. An all-time humiliation … and I was too young and timid to fire back.

3. Sweetness: When my Walter Payton biography was nearing release in 2011, the publisher gave Sports Illustrated an exclusive excerpt—meaning no reviewers would even see the book until the piece ran. SI chose some passages concerning Payton’s depression, infidelity, suicidal threats … and I was destroyed in Chicago. Just destroyed. The low point came when Michael Wilbon, a writer I’d always respected, suggested in an ESPN column that I was a guy just about the money. Crushing, and I still haven’t fully recovered.

2. Love Me, Hate Me: My second book is a Barry Bonds biography, Love Me, Hate Me. I worked insanely hard on that thing—and learned late in the game that it would be coming out two weeks after Game of Shadows. Just an awful feeling, and my book got crushed.

1..Sheila Jones: This still pains me. In 1995, I was working in The Tennessean features department. I was very close friends with Sheila Jones, our receptionist/office manager. Well, one night I was working late and Sheila had left her computer on. We used to talk smack all the time, so I went on Sheila’s computer and typed EAT SHIT! (or something along those lines) as an IM, and had her send it to herself. The next morning I arrived at work to find everyone in a panic. Turns out Sheila was worried someone was stalking her—”especially after she had received a threatening message. Security was called, etc. When I confessed to Sheila, I was sickened. “Do we have to tell Catherine [Mayhew]?” I said. We did. I wanted to crawl up in a ball and vanish