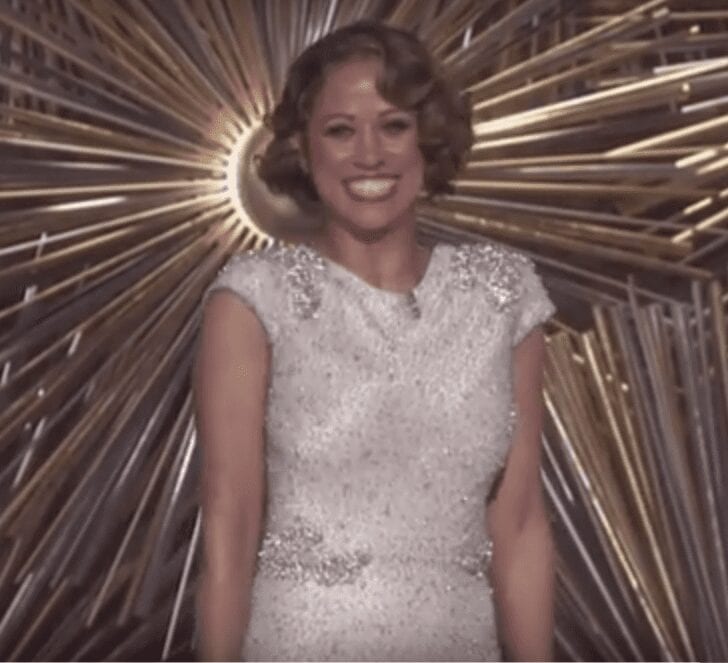 In case you missed it, Stacey Dash made an appearance at the Academy Awards tonight.

Not just sorta awkward. Uncomfortable awkward. For most of the night, Chris Rock, the excellent host, focused upon the controversy over almost no African-American nominees. It was funny stuff, and Rock was oft brilliant. Then, for no apparent reason, he led one segment by saying, “… to introduce the new director of our minority outreach program. Please welcome—Ms. Stacey Dash!”

Dash walked onto the stage to absolute silence, and her line, after a couple of giggles, was, “I cannot wait to help my people out. Happy Black History Month! Thank you.” Another giggle, also greeted by silence. Man, it was so so so so so so so awful.

Why? Because to many (most?) African-Americans, Stacey Dash is a sellout of the worst kind. Not merely because she recently called for an end to Black History Month. Nope, Dash is a (rightly) perceived sellout because she works for Fox News as the requisite black-person-who-agrees-with-our-racist-takes-so-therefore-we-can’t-be-racist. That’s not an official position, but it’s one that exists at Fox News. With rare exception, the network relies on African-American commentators who represent the beliefs and ideals of, oh, three percent of America’s African-Americans. That way, human excrement puddings like Sean Hannity and Greg Gutfeld can have their awful theories verified by a needed black face. If, for example, Hannity believes Barack Obama is the cause of U.S. racism, he can call on Stacey Dash to agree. And, if she agrees, he must be right. Because, hey, she’s black!

The awkwardness was well deserved.