Last night, while endorsing Scott Baio for president, I was reacquainted with the two-minute opener to “Joanie Loves Chachi,” the short-lived 1982 Happy Days spinoff starring Baio (as Chachi) and Erin Moran (as Joanie).

It’s one of those things that’s so good it’s bad and so bad it’s good. You want it to stop, but can’t help watching. It’s addictive, like crack, and annoying like a gnat up your pants.

5 seconds in: A dark room, an empty restaurant. Just a pensive Chachi playing the piano he doesn’t really know how to play. So let’s keep the shot long and stay far away from his fingers … 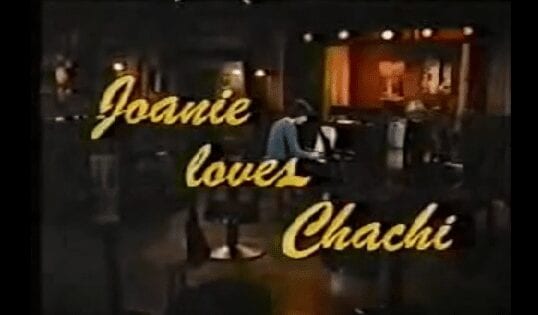 21 seconds in: After Chachi warbles through the opening notes—it’s Joanie! Wearing a shirt that belonged to the farmer she slept with last night …

27 seconds in: We suddenly realize Joanie has the bottom of her shirt tied in a knot, not unlike the Dallas Cowboys Cheerleaders. The behind-the-scenes discussion on this one had to be pretty awesome.

Jim: “We need her to be dressed like a farmer.”

Jim: “What the hell is a sexy farmer?” 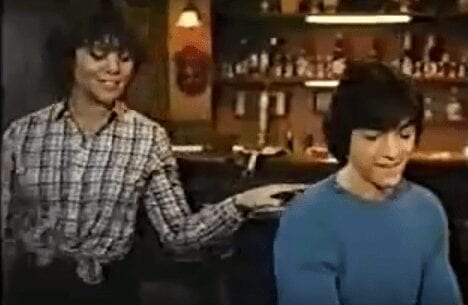 31 seconds in: It’s officially clear that this song sucks. Neither Joanie nor Chachi can really sing, but the studio wanted to extend the series with a Happy Days spinoff and this beat the suggested Cinemax alternative, “Fonzie Fucks the Bitches.” So now Joanie sits alongside Chachi, gazes longingly into his eyes. Because Moran is the Meryl Streep of 80s sitcom actresses, her look says, “My inner feelings suggest something deep for you, but that farmer did some crazy shit to me, too. So I’ll just keep singing.” 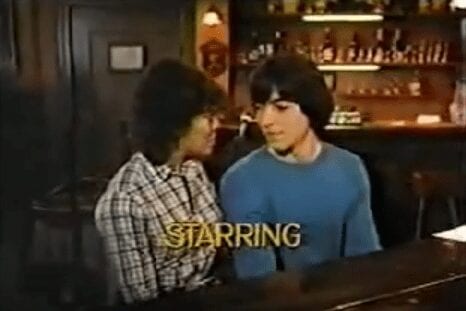 39 seconds in: Oh, snap. Something big is about to happen. The bright lights have arrived—with coordinated drum beats. 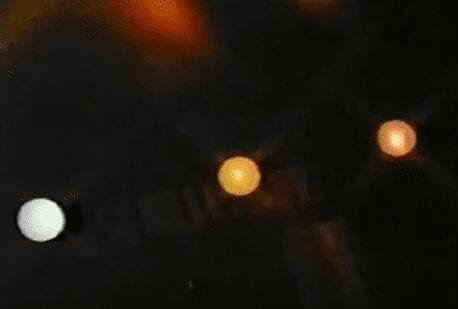 48 seconds in: Meet the group! There’s a keyboardest who doubles as the understudy of a Rick Springfield cover band. He’s wearing an upturned collar because that’s what one does in Joanie Loves Chachi. There’s a chunky guitarist who also slept with the farmer. And, um, that’s the entire band. Which is pretty weird, considering the song includes horns and drums. But, alas, Phyllis in accounting wanted to keep the budget in check. 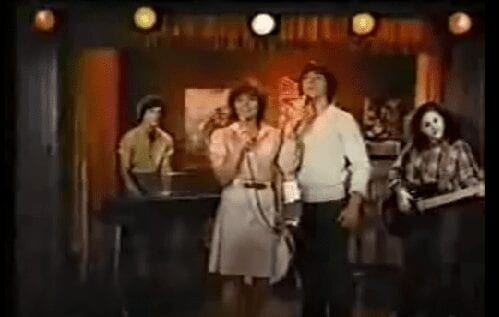 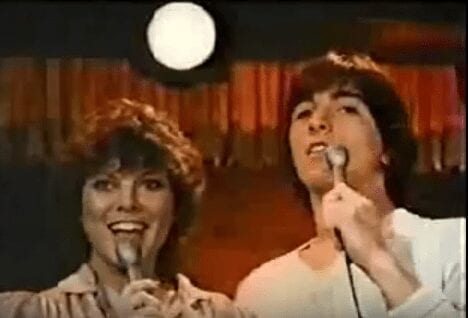 52 seconds in: This is where things start turning awesome. If you know Happy Days, you know Big Al, who owned the restaurant where all the kids hung out. But now he’s here, in the basement of some Chicago (or was it Milwaukee?) restaurant, watching Joanie and Chachi sing, realizing: A. He’s in the presence of true young love; B. He’s inevitably going to have to be the one to tell the kids, bluntly, “You just can’t sing, and we’re replacing you with Bingo Thursdays.” 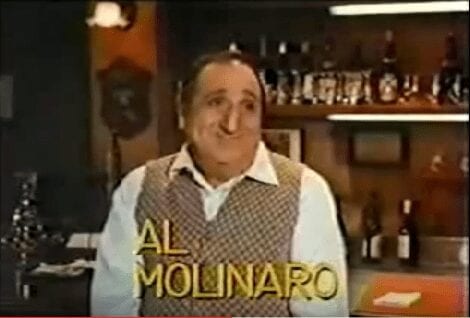 55 seconds in: Interesting trivia bit about the show: Ellen Travolta, John’s sister, played Chachi’s mom here. Like Big Al, her face is supposed to scream, “Ah, young love and beautiful music—all under one roof.” But, like Big Al, she’s terrified. She quit a good job answering phones at the local bank to manage her son’s career, only to learn he’s bad and Joanie’s worse. The restaurant is going under, her cocaine habit is running wild and she’s not 100-percent certain what’s causing that thing to grow on her wrist. 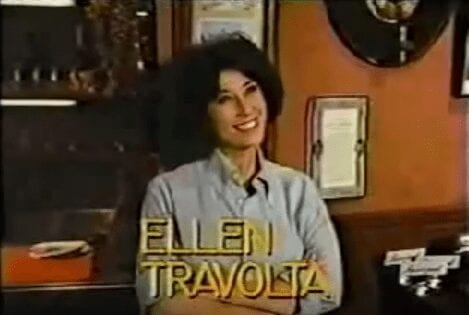 57 seconds in: The. Best. Moment. The actor Art Metrano, best known for being Art Metrano, plays Rico Mastorelli, the talent agent who knows the goods when he hears it. And now, at this moment, he hears it! Yes, he’s on an important phone call. But that can wait. Because … what’s that sound? That delicious, irresistible sound? Is it Billy Joel? No. Hall & Oates? No. Santana? No—it’s Joanie Loves Chachi!

Doctor Poole: “So, Mr. Mastorelli, your tests have come back and I’m sorry to say …”

Rico: “Gotta call you back!”

Doctor Poole: “You only have six wee—” 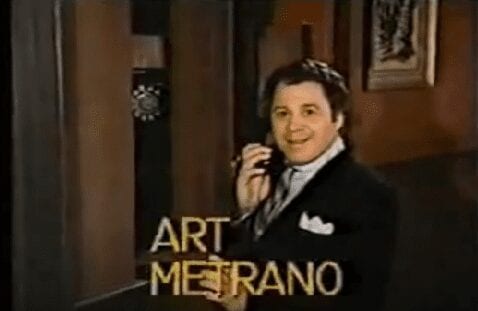 59 seconds in: The power of one magical song to make a man happy knows no bounds. 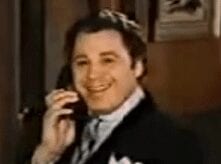 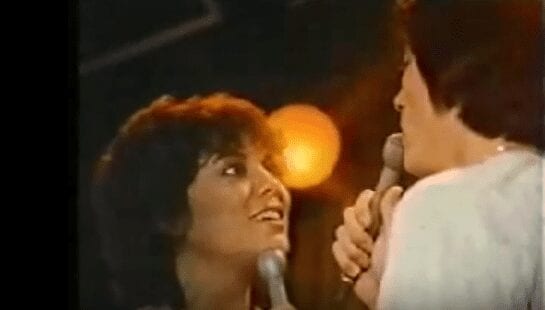 But, without reason, three seconds later it’s this … 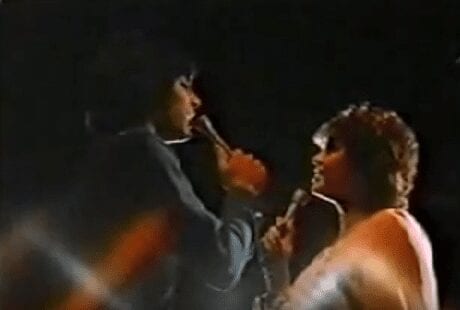 I’m not one to speculate, but I’m pretty sure the wardrobe change concerns a fight involving the farmer, the hooker, the keyboardist’s collar and whether the Chachi Arcola action figure being sold in stores everywhere should come with a working microphone or some sort of assault rifle.

1:26 in: Everything has fallen off the tracks. Different shirt for Chachi. There are at least four people singing on the chorus, but neither keyboardist nor guitarist have microphones. The horns start blaring, but there are no horns. Sort of reminds me of that late-run episode of Diff’rent Strokes, when Clarence Clemons guest starred and stood behind the stage as Arnold pretended to be an amazing musician in order to land the ladies. At the end there was some lesson about honesty and truthfulness and rubbers. I think. 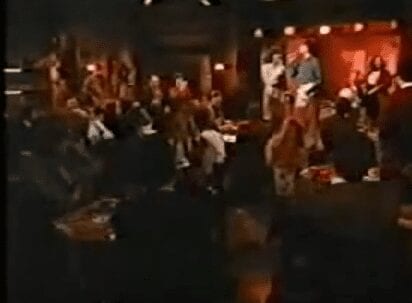 This time, there are no lessons. The show lasted 17 episodes, six people watched, Erin Moran went off the deep end and now Scott Baio is endorsing Donald Trump. 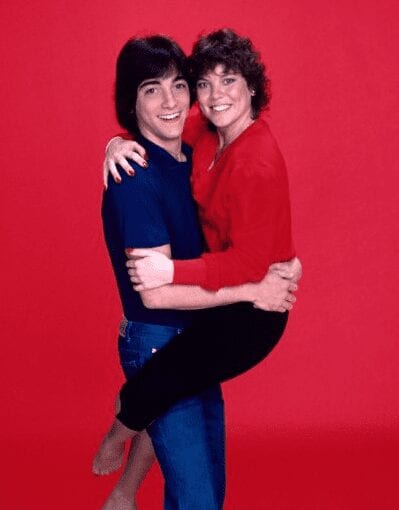