Questions for my 15-year-old nephew … 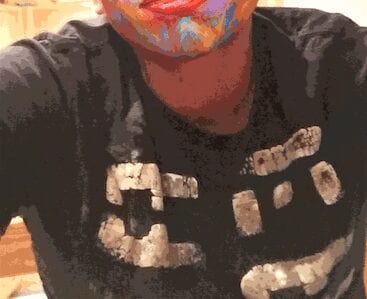 Am sitting across from my 15-year-old nephew. We’re at a kitchen table. I decided to host him for a quick Q&A over Honey Nut Cheerios and a bowl of cherries …

Q: What does a 44-year-old suburban dad not understand about modern teenagers?

A:  That’s a really broad question. We don’t like talking very much. I guess.

Q: Five words that I should never use, than you—at your age—can.

A: Fleek. Dope, but my dad says dope. But my dad is cooler than you. Bet (like if somebody is like, “We should do this”—you say, ‘Bet.’ It’s an affirmation. Word. And good looks. That means “thank you.”

Q: I’ve recently come to the realization that my kids’ friends neither think I’m cool nor think I’m dorky. Because they pretty much just don’t think about me at all. True?

A: True. You’re just kind of there. We don’t talk about you, we don’t think about you. Our minds are on other things.

Q: Are you enjoying this?

Q: I have long been under the assumption that by being a sports writer, I can score some cool points that, like, a dad who’s a dentist or an accountant might not claim. True or false?

A: That’s true. You took me to a Padres game. That’s cool.

Q: So since I scored some cool points, can I start saying “Fleek”?

Q: What does fleek even mean?

Q: I’m nervous about letting my daughter get Snapchat, because I’m afraid she’ll end up a zombie on her phone. Being totally honest, and not answering as a teen, is there some wisdom to my thinking?

A: Um … I don’t really think so. Because if she’s not using Snapchat she’s just texting. And she can’t write as many words on Snapchat, so she’ll probably be on her phone less.

[Aunt Jessica intervenes: I totally disagree. I’m 27 and I’m on Snapchat all the time]

Q: Do you want me to teach you some moves for the ladies?

Q: What do you think of my hat rim being bent?

Q: Not a problem?

A: They’re coming back around.

PrevPreviousWhat I learned from getting my master’s degree
NextOrlandoNext