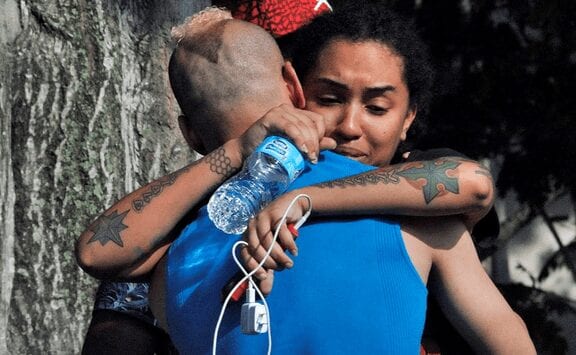 Because of a sudden death in the family, I really hadn’t given the Orlando tragedy much thought in its immediate aftermath. But now, with some free time and a few hours of increased focus, I have a few quick thoughts on my mind …

• 1. The battle against Islamic Fundamentalism—as far as many see it—is unwinnable: In other words, we need to stop being idiots about this. Just as was the case in San Bernardino, the shooter here pledged allegiance to ISIS—but probably was never trained by ISIS. So no matter how many bombs you fire, no matter how many bullets you shoot, no matter how many terrorists you imprison, well, freedom of thought and idea is not something one can detain and/or kill. There are, factually, bad people among us. Very bad. And they’re alone, angry, easily swayed … whatever. And they will carry out murders. This is not something we can defeat, a la the Germans in World War II. It is only something we can, sort of, contain. That’s the reality. So all this talk about “beating ISIS” is political bullshit.

• 2. The more our leaders speak of Muslims (as a whole) as the enemy, the more anti-American hate we create. Not only that—the hate becomes increasingly justified. We are not a nation that judges based on religion, and we must never become a nation that judges on religion. But if we’re perceived as such, why wouldn’t more and more easily swayed young Muslim men and women seek to hurt America? (To be clear: I have some very close Muslim friends. To group them with this sort of thing is just ignorant).

• 3. Donald Trump is the worst. I’ve been saying this for quite a while, but this confirms it. His Twitter responses today made me, truly, want to vomit. A murderous rampage takes place in a club … and you respond by attacking the president? By repeating your call for a ban of an entire religion? By the way—how does the ban work? Do all Muslims have to show their Muslim cards before trying to enter? Do I now get a Jew card? Or would it be an agnostic Jew card? What if I don’t believe in God? What does mine say? Put different: You can’t ban an entire religion from entering America: 1. Because it’s awful; 2. Because it’s impossible. Literally impossible. 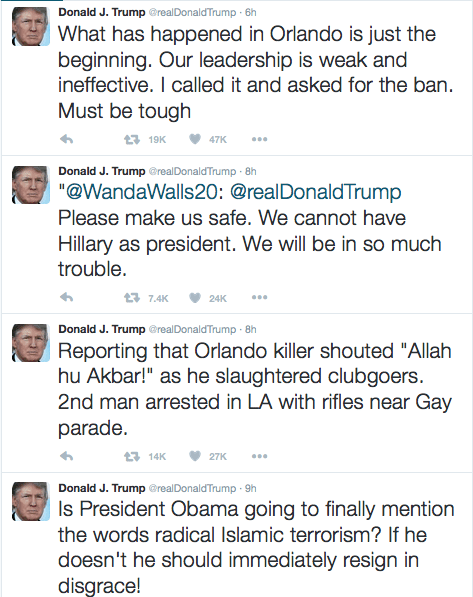 • 4. Can we please, please, please, please, please have a real discussion about guns in this country? In an odd sense, the NRA and its people got lucky here, in that the shooter has been identified as a “terrorist,” thereby taking the focus off his weapon of choice—an AR15 that was legally banned until Congress let the law expire. If the right insists on slamming President Obama for refusing to say “Islamic terrorism,” why can’t I slam the right for refusing to ever fucking acknowledge that we have a genuine gun problem; that 100 armed people in that club probably wind up killing even more folks during the frenzy?

• 5. I am in pain. I really am. I hate the terrorist attacks. I hate the inevitable “thoughts and prayers” that do shit. I hate the political maneuvering; the very idea that candidates have image consultants deciding the best way to address such issues. I hate that we, as a country, have become so bitterly angry and divided. I hate that we no longer seem capable of solving problems together. I hate that our political figures have torn us apart.

Mainly, I hate that so many innocents left the earth last night.

For no good reason.