When a Quaz dies young 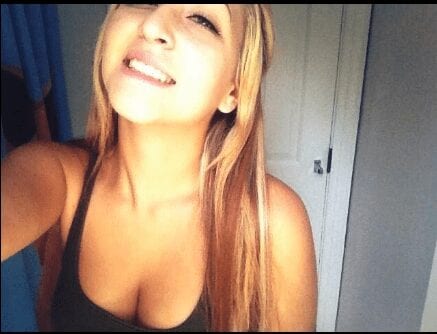 Anyone who visits this website with some type of frequency knows I do a weekly Q&A series, The Quaz.

I see the thing as an ode to the joyful randomness of life. Or, put different, with the Quaz one never knows what he/she will get from week to week. It can be John Oates. It can be Michael Dukakis. It can be a phone sex domme, or the chairman of the American Nazi Party, or a guy who does balloon animals. I go out of my way to seek different voices; to bring different perspectives; to speak with people I find interesting, even if their lives are 180 degrees from mine.

Almost two years ago, as the 190th Quaz, I featured Emily Schaeffer, a 17-year-old high school student and the daughter of a former classmate at the University of Delaware. I saw on Facebook that Emily had recently stood up to the powers that be at her school over inane and senseless dress code regulations, and I thought it might be cool to feature a teenager as a Quaz. Her mom passed on the request, and what ensued was a fantastic dialogue with a fantastic kid. Emily was smart, insightful, expressive. She seemed to understand the world far better than I had at her age, and she offered insights into the mind of the modern adolescent. It was, for my money, one of the best all-time Quazes.

In the months after Emily’s Q&A ran, I read with great dismay of her troubles with drugs and depression. Emily’s mother is expressive on Facebook, and it became clearer and clearer that this was no small or trivial matter; that mental illness was slowly eating away at a young woman oozing with potential.

When I read the news, alone in the dark in my living room, I gasped aloud. This was not a person I knew personally, but something about this whole Quaz experience makes it personal. You’re asking people detailed questions about their lives, their emotions, their thoughts—and they agree to share. It’s very human and very real, and it brings a surprising sense of attachment. Emily is the third Quaz to pass, following Adrian Dessi (Quaz No. 100—of ALS) and Kathleen Osgood (Quaz No. 38—of cancer), but the first to shock me. And maybe, just maybe, that’s bullshit. Because while, with Adrian and Kathleen, one could physically see their illnesses, with Emily it was a darkness that ran deep, yet could be undetectable from a casual gaze. That’s the curse of depression, if you think about it. We see someone with ALS or cancer and ask, “What’s wrong?” and “How are you feeling?” and “What can I do for you?” a dozen times over. But depression doesn’t readily wear itself on one’s skin. It’s a masked illness. Lurking, deadly, but semi-concealed.

Earlier today, Emily’s mother wrote this on Facebook, and I thought it most profound: “So many people wishing they’d have reached out more, or sooner, or done something to help. I know this feeling 1,000 times over. What I tell you is what I tell myself: Emily asked but refused to receive; and that applies to advice, friendship, help, love. She wanted it but didn’t feel worthy, and as a result, the efforts we wish we had made … they would have gone ignored. I know this because I watched her do it to you, and obviously I’m her mom, so you know she ignored me. Be sad for that reason – because everyone deserves love and friendship and success and happiness. No matter what’s in your past or what mistakes you’ve made. You are perfect. As was she.”