The alien baby who brings us all together 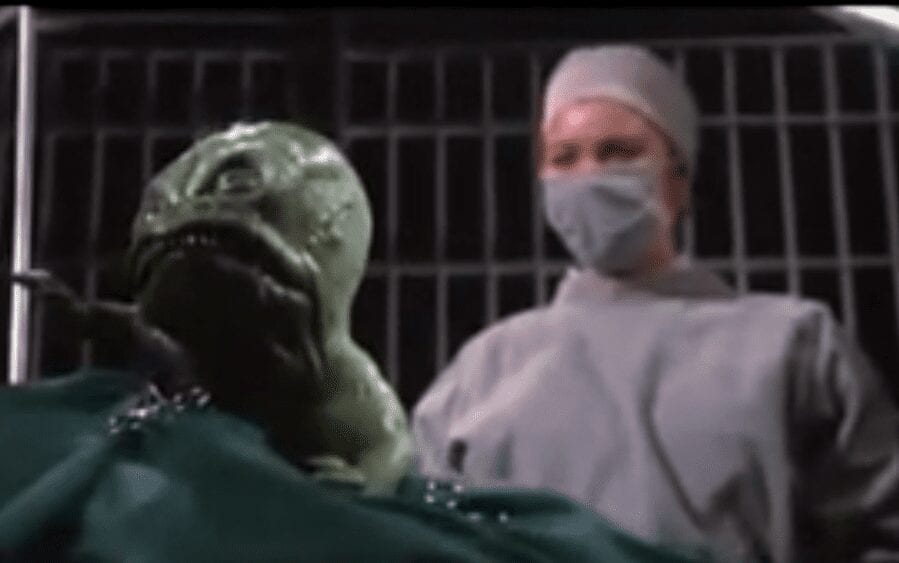 I’m dating myself here, but back in 1984 there was a pretty popular TV miniseries called, “V: The Final Battle.”

At the risk of boring you with details, it was all about this alien race of giant lizards, who come to earth seeking a home, water and food. We’re, um, the food.

The lizards apply this human skin to conceal their identities, and sorta blend among us until one of the main people heroes, played by a Canadian actor (with great hair) named Marc Singer, uncovers these enormous person freezers on the alien ship. He’s somewhat troubled by the site, because while it’s OK for us to freeze chicken, cow, fish—well, human goes a bit far. It’s all pretty predictable fare. The Canadian actor with great hair alerts others with lesser hair. There are shootings, killings, a human conversion chamber.

So she does. And there are twins. The first, a green lizard boy, dies out of the womb. But the second, a blonde beauty with human skin, survives. She grows into a lovely young girl named Elizabeth, and before long both the aliens and the people come to see that they can live side by side here on earth, and that pretzels make a terrific non-homo sapien snack.

The point is—Elizabeth winds up being the very thing both sides need. She’s a unifying force. She’s a rallying point. A light of togetherness.

I bring this up because … well, I’m not sure. But I’m thinking maybe, just maybe, Donald Trump can be the Eiizabeth of Democrats and Republicans; of liberals and conservatives. For the past, oh, 20 years, all both sides do is fight and snipe and argue and berate. There’s no sense of unity; of Americanism; of working side by side.