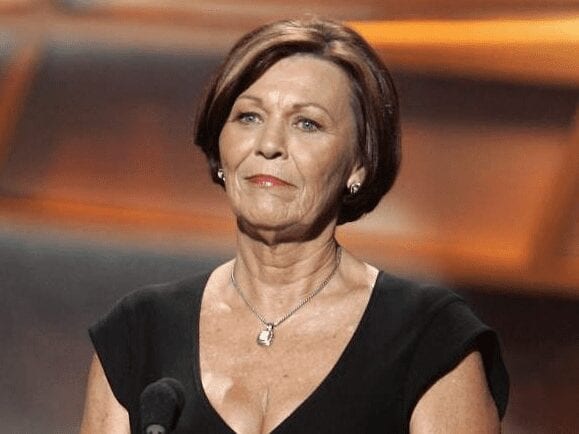 This is going to sound weird and, perhaps, inappropriate. But I love Brett Favre’s mother.

I said this in the leadup to Gunslinger‘s release, and I meant it: Had that book sold four copies, I’d have considered it a worthwhile endeavor because it allowed me to meet one of America’s most uniquely decent and compassionate human beings.

Bonita Favre can, at first glance, seem sorta rough around the edges. She smokes cigarettes, she’s blunt, she enjoys the slots. She doesn’t hide opinions, or hold back on asking for your intentions. Yet once you get past that opening impression, you find yourself in the presence of a woman you wish were your own mother (and, for the record, I have an amazing mother). I spent a lot of time with Bonita on Gunslinger—in person, via phone and via text. I usually don’t become friends with people I interview, and I’ve never become friends with the mom of the person I’m writing about. But it’s hard not to love Bonita, and over the course of two years she became more than a mere interviewee. She was quick with wisdom, with concern, with stories. Once, before I left the Favre household to return to California, she handed me a bottle of this Mississippi vinegar she swore by. Why? Not to sway the book. Not to impact my take on the family. Nope—simply because she’s good people, and she thought my wife would dig the vinegar.

Earlier today, I learned that Bonita’s sister in law (Brett’s aunt), Karen Favre, died after a lengthy illness. A couple of years ago I interviewed Karen (aka: KK) for the book while sitting with Bonita on a porch outside the family home. I can’t claim to have known her well, but—in our time together—found her to be lovely and loving.

Anyhow, Karen was Bonita’s closest friend, and vice versa. And if you want to judge the character of a person, judge it when times are at their worst. Over these past few months, as Karen’s health worsened, Bonita has been the rock by her side. She’s cared for her, vouched for her, fought for her, lived for her. It’s been the heaviest of weights, yet one Bonita refused to allow to overtake her. In short, she was Karen’s godsend.

In the aftermath of Gunslinger‘s release, much was made of Brett Favre’s flaws. But, in many ways, I view the book as a biography of goodness. Brett is empathetic, understanding, emotional. He feels the pain of others, and usually responds to it with compassion.

That’s an ode to the man, yes.

But, truly, it’s an ode to the mother.