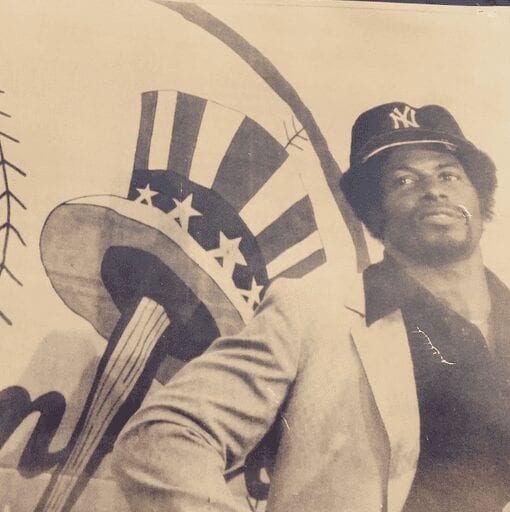 Years and years ago, when I was a young reporter at Sports Illustrated, I lifted the hard copy of the above image from the magazine’s library (there were two duplicates, to be clear) and hung it in my office.

In case you don’t know, the man is Ken Griffey, Sr., who before the 1982 Major League season departed the Cincinnati Reds to sign as a free agent with the Yankees. Griffey, along with another ex-Red named Dave Collins, was brought to the Big Apple to replace the power of Reggie Jackson (gone to the Angels) with speed and on-base percentage. I was 10 at the time, and I remember looking at Griffey and thinking, “Holy shit. That is a cool man.”

I mean, take a gander. The fro. The crooked hat.* The checkered beige suit. The black shirt, three buttons open. The chain. The casual glare. Everything about Ken Griffey, Sr. oozed The Man, and from that moment on he was my all-time favorite professional athlete. Still is.

Now, on the other hand …

Last night Sammy Sosa popped into my head, and I wondered what he’s been up to of late. Regrettably, I was redirected to this recent image … 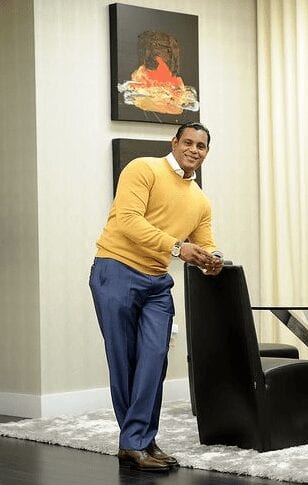 A man could not be less cool. Ugly sweater. Odd pigmentation adjustments. The fake lean, the cruddy smile. Sosa was a pain in the ass to cover, so that likely poisons my view here. But I can’t imagine anyone looking at Sammy Sosa and thinking, “Wow, that guy’s got it going on.”

* Look closely at the hat. It’s a piece of shit, and that still doesn’t matter. He hovers.

PrevPreviousFacebook happy photos
NextSatan masquerades as an angel of lightNext