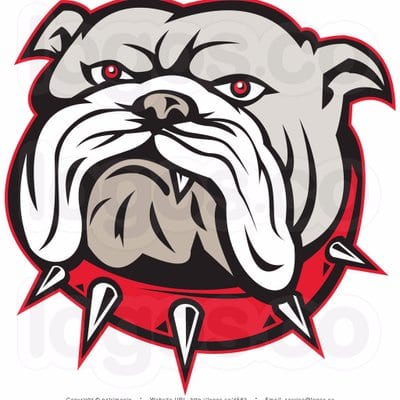 A few minutes ago I was exchanging Tweets with @BulldogLoyalty.

He (or she) is very pro-gun, very pro-Trump and very anti-liberal anything, and he has no trouble saying so. Hell, in his little Twitter bio he writes, “Patriotism is one characteristic that makes America great. We are leading the fight for research to uncover journalists and politicians who have lost their way.”

Anyhow, I’m there swapping Tweets with this person—when it hits me. “Bulldog ain’t no bulldog.” I mean, he’s not even half a bulldog. Hell, if you look closely at his bulldog image it’s one he lifted (without permission) from some company that licenses these things.

Most of all, were “Bulldog” a bulldog, he’d use his name and face. He’d place his identity behind his words; he’d have the conviction to at least stand up and say, “[So and so] is great and [So and so] sucks, and I, [fill in the name] mean it.”

But … no. This is 2017, and this is Twitter. Where gangsters cower in the shadows, speaking loudly with nary a stick to be found. On both sides (but more on the alt-right), folks use little frog heads and American flags and fists and reddened eyeballs to replace their identities; they use “Bulldog” and “Snake” and “Patriot” to fill in for actual names.

The end result: Dialogue without meat. Arguments without validity.

But nary a voice worth listening to.

2 replies on “The cowardly patriotism of @BulldogLoyalty”

Just call them what they are: Gutless cowards.

Jeff what were you thinking dude!

You got ass handed to you by what looks like somebody with a PhD on Twitter. It looks like a simple discussion about guns to me that you apparently didn’t like. The stuff @BulldogLoyalty said were true and honestly he wiped the floor you dude. I found the tweets. It looked reasonable but you started calling the guy a coward dude. Not cool dude!

You attacked him out of nowhere like a coward and then came here to cry and have a temper tantrum. That’s not very professional, especially from a published author?

I think you should apologize dude.

I sent @BulldogLoyalty a link but I actually kinda like that guy. He’s actually pretty cool.